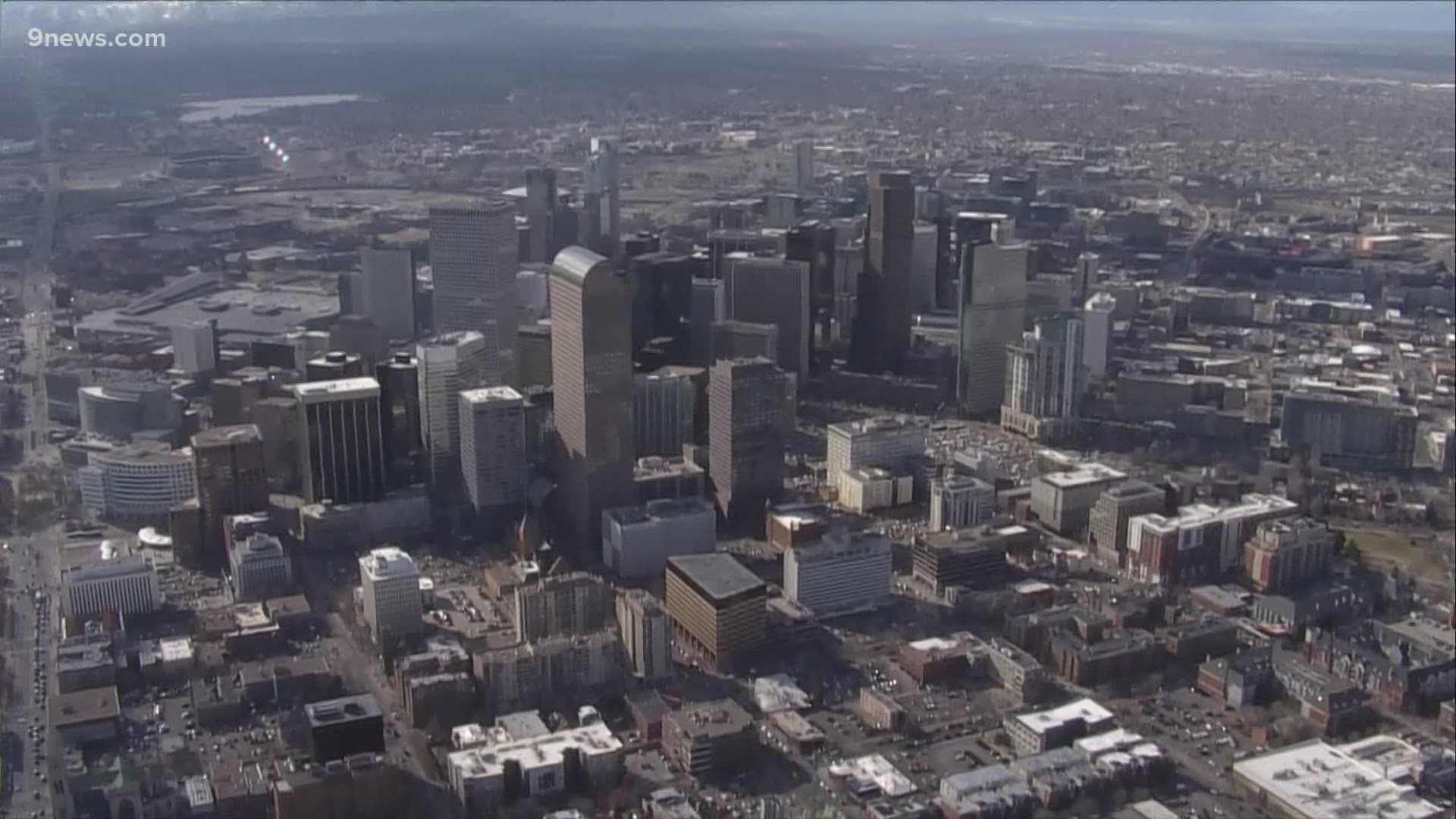 COLORADO, USA — Cases of COVID-19, a disease caused by a new strain of coronavirus, began popping up in the United States in January. On March 5, the first case was announced in Colorado.

Each day, we will post a new blog that will track the daily changes in Denver and throughout Colorado as we get them.

The Tri-County Health Department ordered the Walmart Supercenter at 14000 E. Exposition Ave. in Aurora to close after a 72-year-old employee, her 63-year-old husband and a 69-year-old contracted security guard died of COVID-19, according to a release from the health department.

There are an additional six confirmed cases of COVID-19 among employees and three suspected cases, the release said.

“We are extremely saddened by this news and offer our deepest condolences to the family and loved ones of the three people we lost,” said John M. Douglas, Jr., MD, Executive Director of Tri-County Health Department. “These deaths underscore the severity of the highly-contagious coronavirus, and the need for diligent safety precautions to prevent any further spread, including the wearing of masks."

The release said the health department issued an "Order to Close" this afternoon following a series of complaints from employees and shoppers regarding a lack of social distancing, too many people in the store at once, and employees not wearing masks.

The first authorizes agencies to further extend the expiration date for certain licenses and other documents. This includes state park passes and licenses for healthcare facilities, Medicaid and CHIP providers, as well as commercial driver’s licenses.

The second extends an order that extends certain statutes as they relate to jails and probation in Colorado.

Jossy Eyre, who founded the Women's Bean Project in 1989 died Monday due to complications from COVID-19, according to the CEO of the non-profit.

The non-profit hires women who are chronically unemployed and teaches them to work by making nourishing products.

The Colorado Department of Transportation (CDOT) announced that it, along with the Denver Regional Council of Governments, would be rescheduling this year's Bike to Work Day from Wednesday, June 24 to Tuesday, Sept. 22.

“To maintain the health of riders and of our communities, we believe it’s best to delay Bike to Work day due to the current situation,” CDOT’s Bicycle, Pedestrian, & Scenic Byways Section Manager Betsy Jacobsen said in a release. “Although this event celebrates physical fitness, social distancing would be more challenging this year if we have additional people traveling in closer proximity to each other on our bike paths and local streets.”

The date for this year’s Bike to Work Day in Colorado was selected to coincide with the same event held by the League of American Bicyclists, according to the release.

The Department of Corrections (DOC), and CDPHE conducted widespread targeted testing for COVID-19 at the Sterling Correctional Facility on Wednesday.

The facility previously had eight inmates, both symptomatic and asymptomatic, test positive for COVID-19.  DOC tested inmates in several units of the east side of the facility, including units where inmates have either tested positive or were previously quarantined.

DOC health officials have been conducting detailed contract tracing investigations, and the facility has been on Phase III modified operations with inmates remaining in their cells on quarantine since April 14.

The DOC and CDPHE anticipate that additional testing could result in a noticeable increase in the number of reported positive cases, and DOC is prepared to respond to those increased numbers.

The city of Denver announced Thursday it is barring the possession and consumptive of beer, wine and champagne in parks starting April 24 through at least July 23.

The city said this is “intended to support and promote the stay-at-home and social distancing directives and ensure the safety of outdoor public spaces during the emergency.”

In addition to new alcohol directives, Denver sent out the following rules about park use ahead of the weekend:

- If you are sick, do not visit the parks

- Separate at least 6 feet from others at all times

- Do not gather or travel in groups

- Group sports and activities are prohibited

- Shared use of equipment is not allowed (i.e.: frisbees, footballs, etc.)

- Bring your own hand sanitizer/washing supplies

- Leash your dog to prevent accidental cross-contamination with others

People are also asked to visit the park closet to them during the pandemic. Residents observing others not practicing proper social distancing are asked to call 311.

More than 10,000 Coloradans have enrolled in health insurance for the Connect for Health Colorado exchange during a special enrollment period related to COVID-19.

Coloradans who are currently uninsured or about to lose coverage due to COVID-19 are able to get health insurance for 2020.

The deadline to enroll is for the special enrollment period is April 30.

There will be a large increase in the number of deaths reported this week related to COVID-19, but largely due to a review of death records, according to the Colorado Department of Health and Environment (CDPHE).

The agency said epidemiologists began reviewing the cause of death information on death certificates and began entering COVID-19 related deaths into the state’s database if those deaths had not previously been reported to the state.

CDPHE said they anticipate the total number of COVID-19 deaths in Colorado this week to increase by about 130.

The increase is not because those people died this week, but because their deaths have just now been recorded in the state system.

67,334 people filed for unemployment between April 12 and April 18, the Colorado Department of Labor and Employment (CDLE) announced.

That number is a significant reduction from the previous week ending on April 11 when 104,217 filed for unemployment, CDLE said.

More than 279,199 claims have been filed in the past four weeks, according to CDLE.

According to CDPHE, 52,324 people have been tested and 56 counties are reporting cases. There have been 130 outbreaks at residential and non-hospital health care facilities.