Here's the weekly list of coronavirus outbreaks in Colorado from Sept. 23. 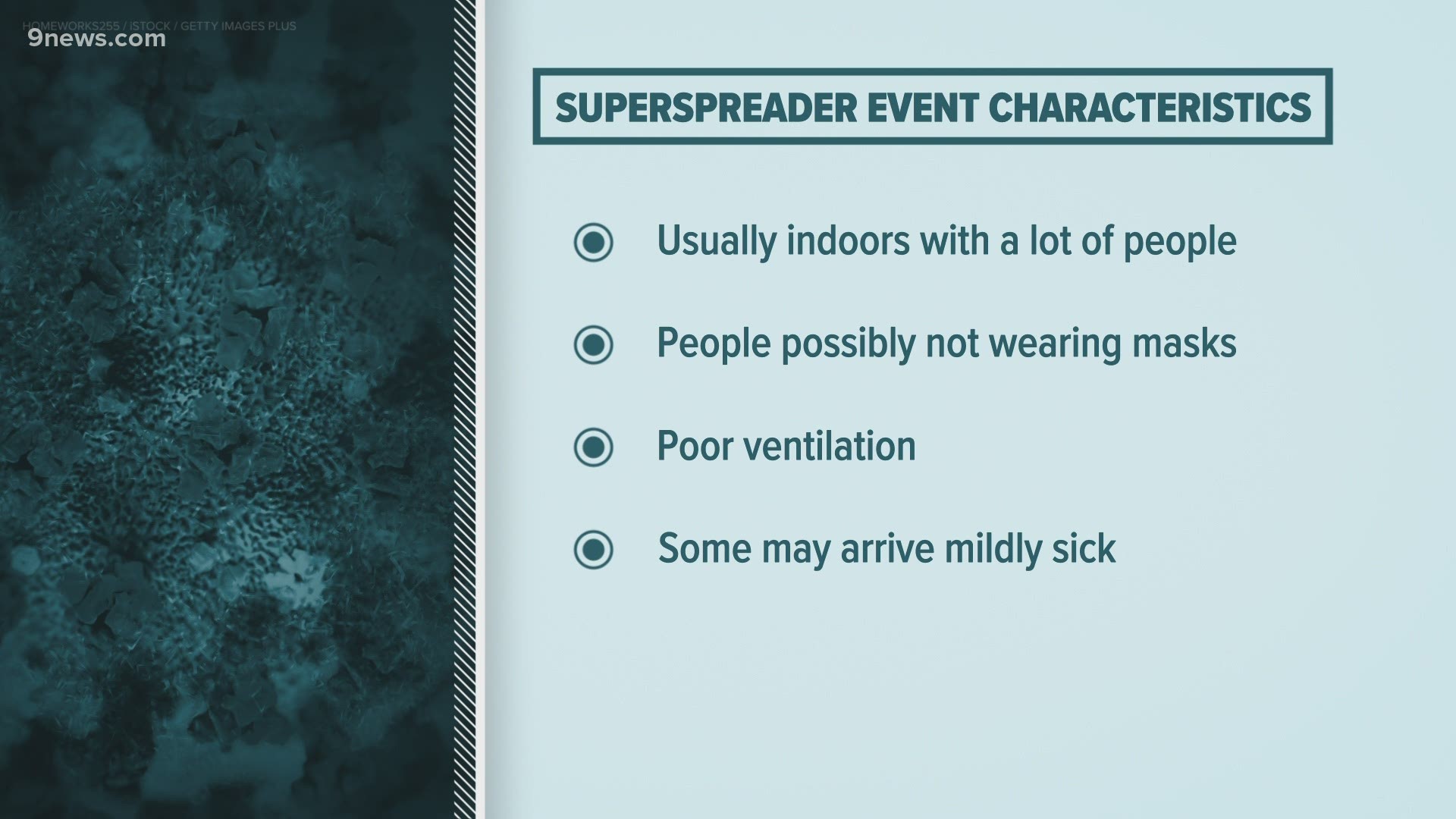 COLORADO, USA — There are 39 active coronavirus outbreaks at schools, colleges and child care centers in Colorado, according to the latest data released from the Colorado Department of Public Health and Environment (CDPHE).

The largest is at the University of Colorado-Boulder (CU-Boulder), with 1,198 confirmed, cumulative student cases and 12 among staff members. There have been 57 total outbreaks and 1,499 total confirmed cases, tied to school, college and child care outbreaks.

A total of 23 cases have also been linked to the Cameron Peak Fire response in Larimer County, according to the data.

The CDPHE publishes a new outbreak list each Wednesday afternoon. For an outbreak to be resolved, CDPHE said 28 days must pass with no new illnesses. Two cases constitute an outbreak, and the numbers are cumulative, meaning if an entity has a certain number of cases, that doesn’t mean all those people were sick at once.

There are 11,639 confirmed cases and 926 confirmed deaths are tied to 717 outbreaks in Colorado. That’s at least 17% of all cases and 46% of all deaths among COVID-19 cases statewide. So, most of the cases and deaths in Colorado are not tied to a specific location.

> Click or tap here for the raw data from CDPHE.

> Click or tap here for an interactive map that shows the locations of the outbreaks.

There are active outbreaks of COVID-19 at 13 K-12 schools across Colorado, according to the latest data from the Colorado Department of Public Health and Environment (CDPHE). The outbreak includes the following:

Larger outbreaks have been associated with Colorado colleges and universities. According to the data,1,198 students at the University of Colorado in Boulder have tested positive. Twelve staff members also tested positive. There are another 104 "probable" cases that have not been lab-confirmed, CDPHE data shows.

CU-Boulder officials announced earlier this week that they were moving to remote learning due to the case increases.

There are also outbreaks related to five sororities or fraternities and the gymnastics team at the University of Denver (DU). Outbreaks were also reported at a residence hall and the Ritchie Center. In all, there are 33 cases linked to the campus.

Colleges & universities have the most active outbreaks in Colorado, with 15.  All time, health care facilities have hosted the most outbreaks, with 104.

There are 13 active restaurant/bar outbreaks. The largest active outbreak in the category is at a Fuzzy’s Taco Shop in El Paso County, with five confirmed cases.

RELATED: Businesses are not required to alert customers if there's a COVID-19 outbreak

There are 308 confirmed cases that are tied to 78 total outbreaks at Colorado restaurants and bars.

A social gathering in Snowmass and a wedding in Routt County were added to increase the number of outbreaks at social gatherings to eight. This is category accounts for 40 confirmed cases in total.

Five active outbreaks have been linked to social gatherings, according to the data. Two of those gatherings were weddings, and they were linked to seven confirmed cases of the virus.

The nature of the other events was not listed but those events were linked to 13 confirmed cases.

Health care outbreaks are responsible for 5,314 confirmed cases. That’s 46% of all outbreak cases and 8% of all COVID-19 cases in the state.

Health care outbreaks are tied to 881 confirmed COVID-19 deaths. That’s 95% of all outbreak deaths and 43% of all deaths among COVID-19 cases in the state.