CDPHE said more than half of Colorado's 70 and older population have received at least their first dose of the COVID-19 vaccine during an update on Wednesday. 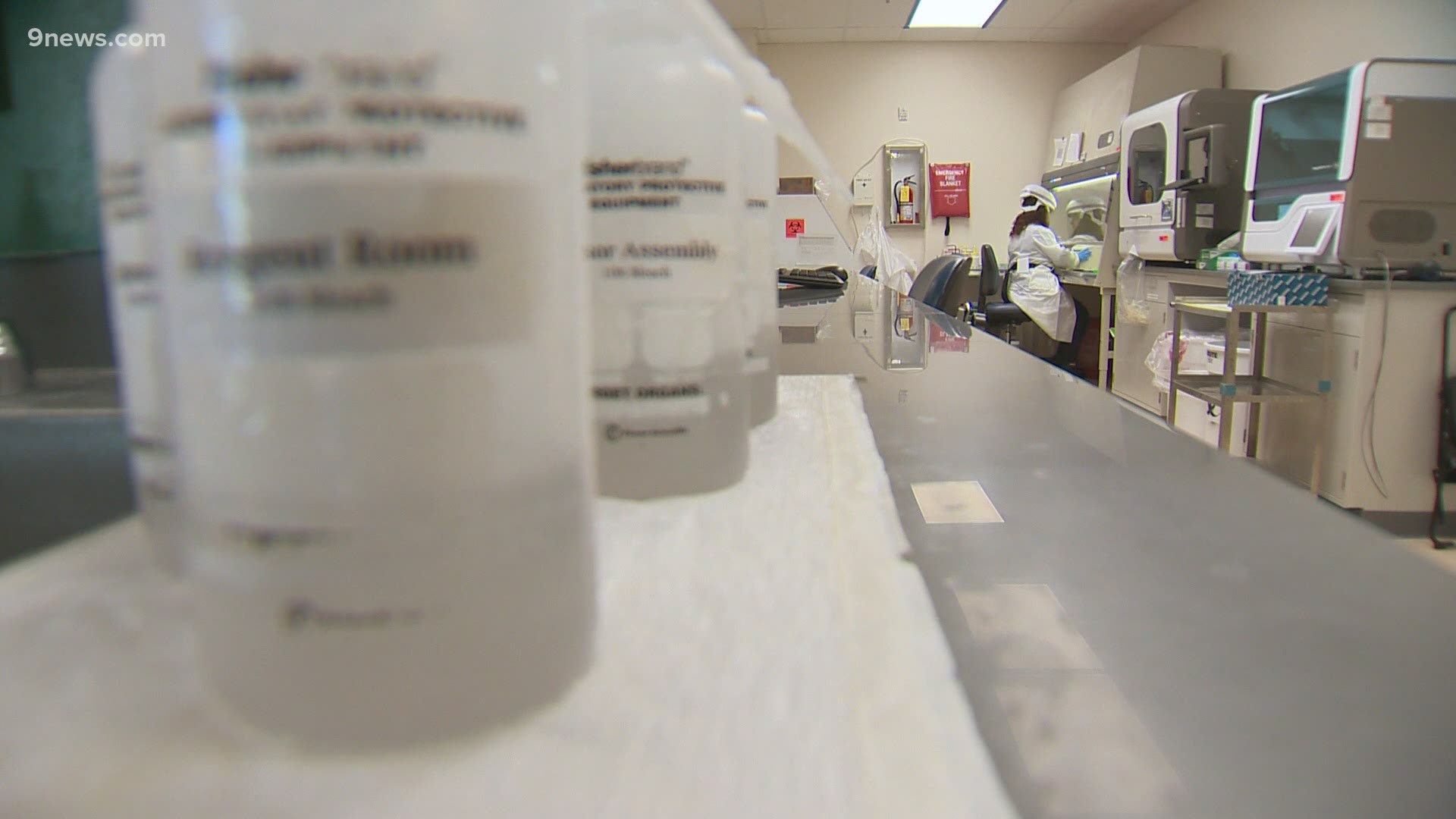 COLORADO, USA — The Colorado Department of Public Health and Environment (CDPHE) said declining COVID-19 cases and hospitalizations have slowed within the last week, and that vaccination numbers are up as more doses have become available.

Gov. Jared Polis (D-Colo.) announced Tuesday that the state will receive an additional 9,000 vaccine doses for at least the next three weeks.

COVID-19 Incident Commander Scott Bookman said the federal government opened its retail pharmacy program and that 17,000 doses will be direct-shipped to 25 pharmacies around the state soon.

In addition to sending more doses directly to pharmacies in the state, additional doses will also go to community health centers, Bookman said.

Bookman said more than half of Colorado's 70 and older population have received at least their first dose of the vaccine. The state is also nearly three-quarters of the way toward its goal of vaccinating 70% of Coloradans 70 and older by the end of the month. Polis said he is hopeful that the vaccination rate for that population will be closer to 80% or 90% by March.

Vaccinations for people in Phase 1B.2 opened Monday. This group includes people 65 and older, teachers and others. People ages 65-69 have received 27,000 vaccinations since Monday, according to Bookman.

State Epidemiologist Dr. Rachel Herlihy said the state has 41 confirmed cases of COVID-19 variant B.1.1.7, which was listed on a slide as a "variant of concern." There are also 16 L452R cases, which was listed as "variants under investigation," according to Herlihy.

"'Variants of concern' are labeled as 'variants of concern' once we identify specific characteristics about these variants that give us concern that they may spread more easily, perhaps cause more disease, decrease the effectiveness of treatments or vaccine, or perhaps be harder to detect using currently available diagnostic testing," said Herlihy.

The state lab is testing for COVID variants now. Herlihy said the U.K. variant is unique because it has a "signature" profile that can be detected by routine PCR testing. She said the state believes about one-third of PCR tests performed on Colorado specimens can identify that profile.

"We feel like we have pretty decent coverage in the state right now to understand and screen for these variants, specifically the B.1.17 variant, which is really the variant we're most concerned about in the U.S. right now," she said.

Herlihy said spread of the B.1.1.7 variant hasn't occurred here yet like it did in the United Kingdom (UK). She said that's because Colorado and the UK are in different stages of the virus. The UK was seeing rapid growth in cases, while Colorado has been in a downward trend. Herlihy added that Coloradans have continued social distancing, wearing masks and not interacting with people outside of their pod, which has kept the B.1.1.7 variant from spreading more rapidly.

"In Colorado, we have not seen significant growth in one of these variants causing disease in the state," she said.

Looking ahead, health leaders said they would grow more concerned if the state identified variants that led to a surge in new cases, a decrease in vaccine effectiveness, or a strain that escaped existing immunity and resulted in more reinfection.