"This is a race against the clock," the governor said about vaccinations and the state's efforts to reach herd immunity. 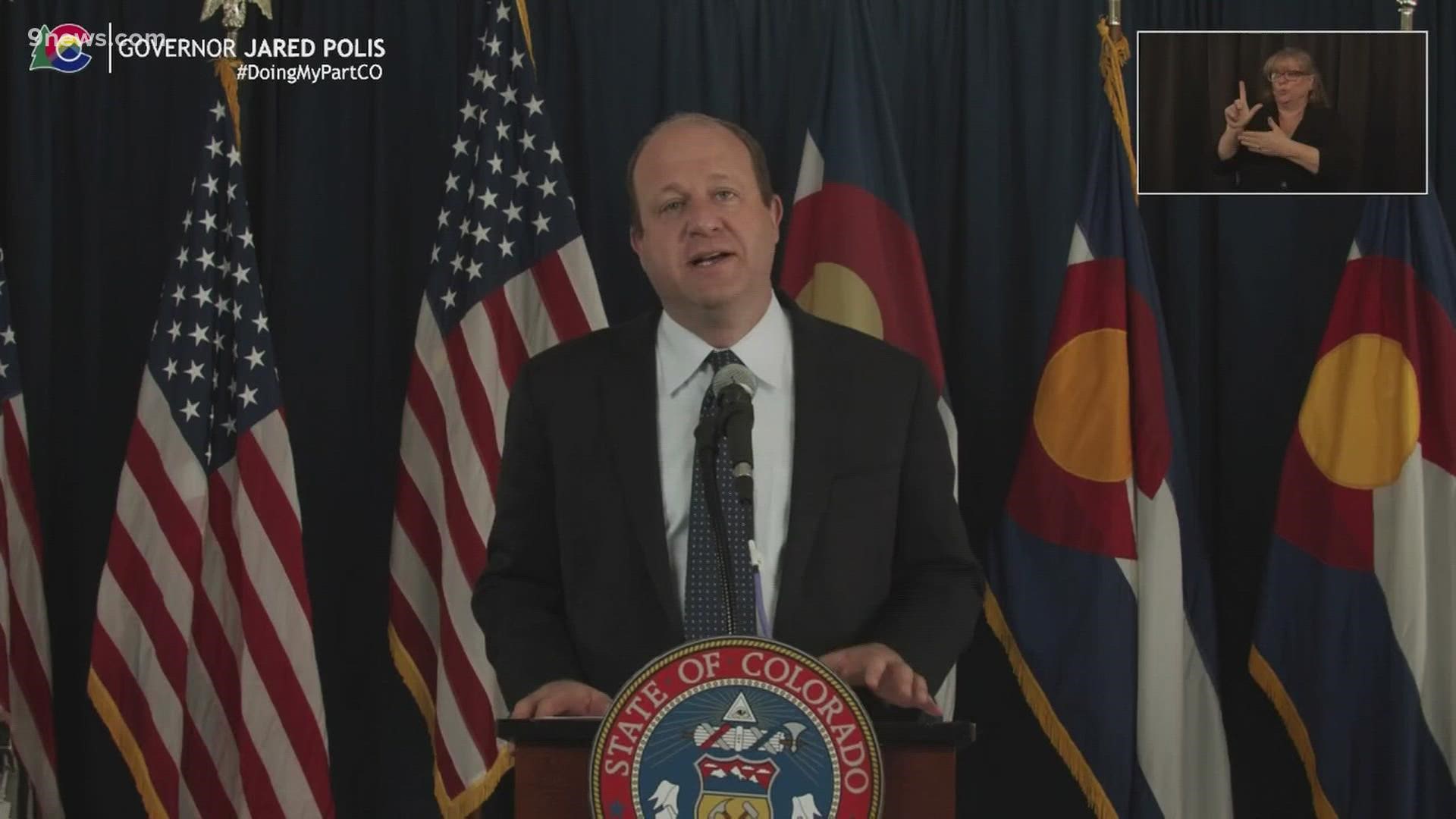 DENVER — Even as state officials paused use of the Johnson & Johnson vaccine on Tuesday, Gov. Jared Polis emphasized the need for people to get vaccinated against COVID-19 as cases rise in the state.

"The most important thing is people are being protected every day," he said at his news conference at the Governor's Residence. "This is a race against the clock."

On Tuesday, the Centers for Disease Control and Prevention (CDC) and the U.S. Food and Drug Administration (FDA) recommended a pause on the usage of the J&J vaccine as they investigated six reports of potentially dangerous blood clots.

After the CDC announcement, CDPHE and the Colorado Joint Vaccine Task Force announced a pause on the vaccine in Colorado, too.

More than 6.8 million doses of the J&J vaccine have been administered in the United States, according to federal officials.

The state was working to get Pfizer and Moderna doses to health providers who had J&J vaccine appointments scheduled over the next few days to use as a substitute, Polis said.

The governor said he hoped the J&J vaccine pause would last only a few days, adding that if it goes on longer, it could delay the state's progress toward achieving herd immunity.

France said that the six reported cases of blood clots, none of which were in Colorado, could be coincidental or could be related to the J&J vaccine. He said he expects more reports across the U.S. over the next few days, which is a normal response to such a situation.

France also said the reported blood clots had nothing to do with the adverse reactions of 11 patients at the Dick's Sporting Goods Park mass vaccination clinic in Commerce City last week. Those patients experienced symptoms such as dizziness and nausea.

The pause comes as more than 2 million Coloradans have received one dose of a COVID-19 vaccine and about 1.2 million are fully vaccinated, according to CDPHE.

As more Coloradans have become vaccinated, Polis announced last week that as of April 15, the statewide COVID-19 dial will go from a mandated tool to an advisory.

The dial assigns a color level to each county based on its COVID-19 transmission. The level determines restrictions for that county's businesses and services. All of the Denver metro area counties are currently at Level Yellow, except for Arapahoe County, which is at Level Blue.

Several counties have developed their own versions of the dial that will go into effect after Friday. Douglas said the counties in the Denver metro area worked together to develop a two-phase approach to ease out restrictions across the region.

RELATED: Here's what Jeffco will do after state's COVID-19 dial goes away

Polis said last week that Colorado was amid a "fourth wave" as COVID-19 cases increased across the state. On Tuesday, he said that wave doesn't change the need for counties to have more control over the economic decisions that affect them.

RELATED: What you should (and shouldn't) do with your vaccination card