This weekend's snow storm affected delivery of vaccines by one day. 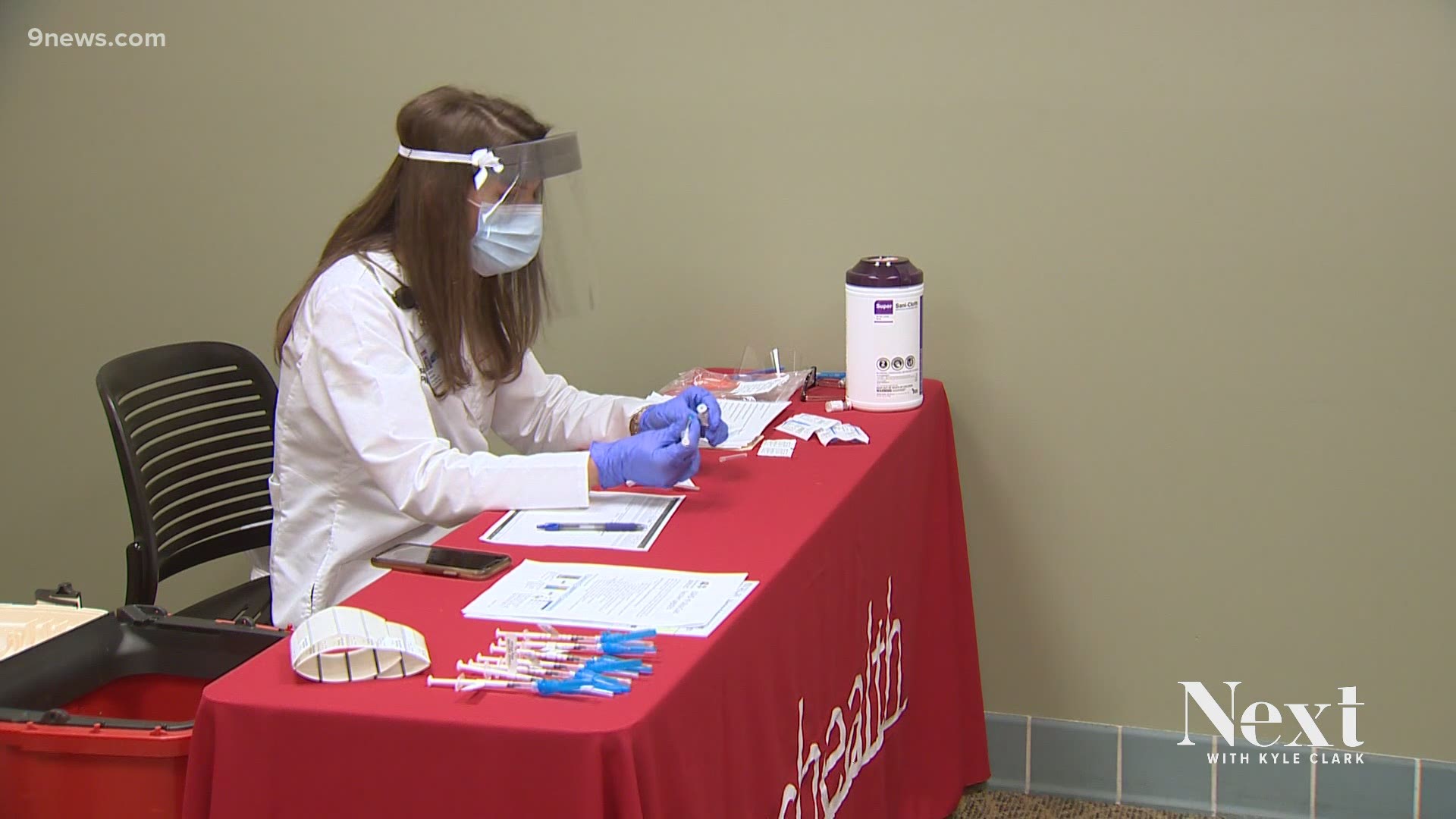 Brigadier General Scott Sherman said Colorado's allocation of 325,600 doses for last week came in before the weekend snow snowstorm. Sherman added the CDC held up delivery of this week's doses until Tuesday because of the storm's impacts.

In all, Colorado hopes to be able to open six vaccination sites around the state. The Ranch in Loveland is expected to open March 24, and Ball Arena in downtown Denver is scheduled to open on April 1. Sherman said they hope all of the sites will be able to provide 6,000 vaccinations per day, six days a week once supplies allow.

Travanty said there are 225 cases of the B.1.427 and B.1.429 variants, which was first discovered in California, in Colorado.

People over 50, those with at least one preexisting condition and multiple categories of essential workers will become eligible for a vaccine starting on Friday.

The state reached its goal of vaccinating 70% of people over 70 at the end of February.