A day after hanging a COVID-19 vaccine advertisement, a family doctor in Aurora attracted lots of attention, just not the kind he expected. 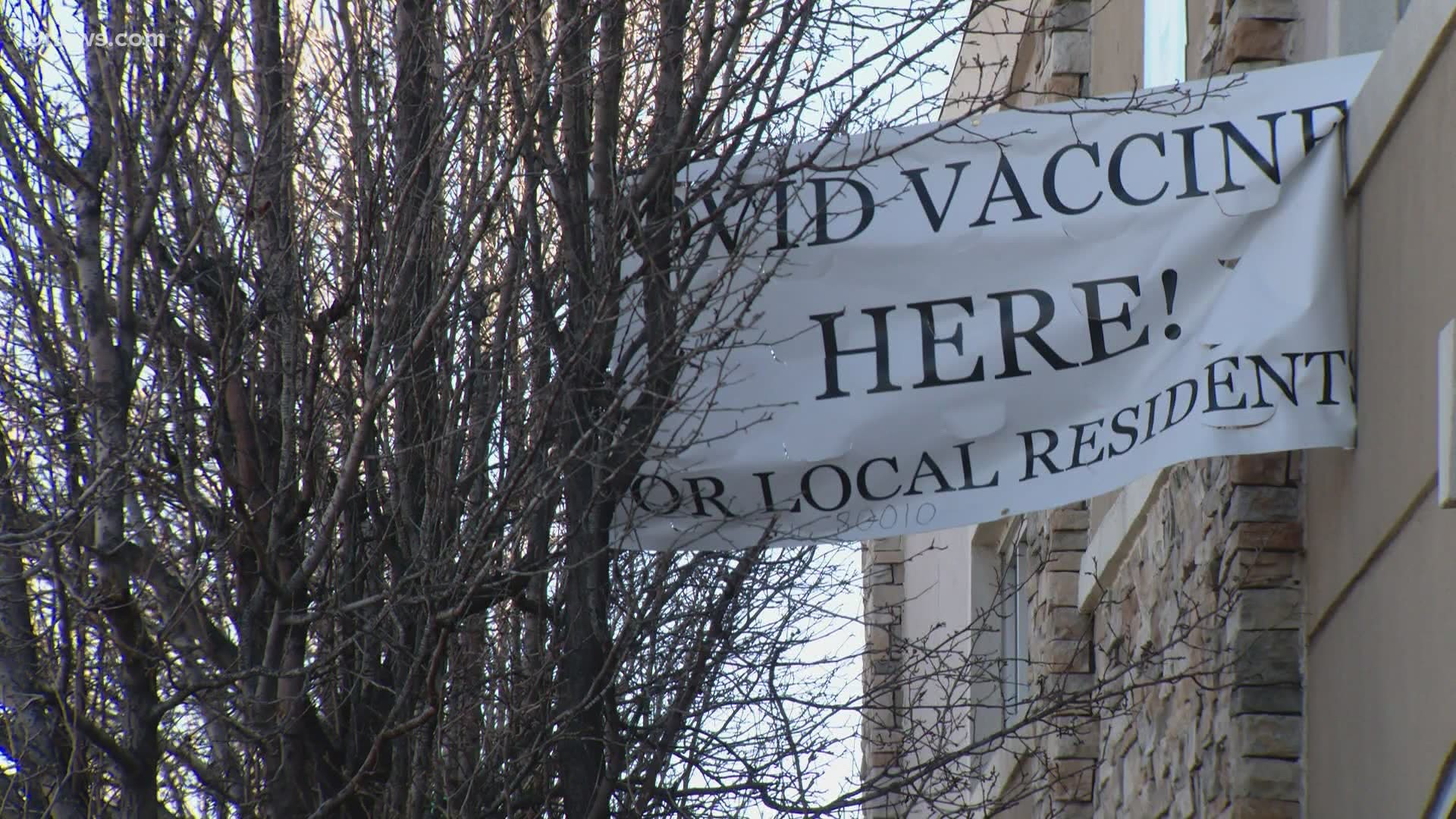 AURORA, Colo. — It took only a day for a family doctor in Aurora and his new COVID-19 vaccine advertisements to attract new patients and a zoning violation from the City of Aurora.

P.J. Parmar is the family doctor at Ardas Family Medicine in Aurora. The clinic serves roughly 10,000 asylum seekers and refugees in Colorado, more than any other provider for that population in the state.

"Recently, our medical clinic has decided to also open up to the local community for coronavirus vaccines," Dr. Parmar said. "Specifically, I am trying to do my part by helping the underserved of 80010. That's the poorest zip code in the metro area."

In order to let the community know about the free vaccine availability, Parmar decided to put signs up.

"People pay a lot of money to have street front advertising on Colfax," he said. "I thought, what better a sign than, 'Coronavirus vaccines right here!'"

RELATED: Colorado's COVID-19 numbers have plateaued, but here's why the data shows vaccines are working

Committed to getting the word out to this low-income, low-access community, Dr. Parmar proudly wears the scrapes and scratches from climbing two trees last week to hang his new COVID-19 vaccine banners, right before the largest snow storm of the year in the metro area.

"We did put up signs on the inside of our window facing out, but we were finding that no one could really read those. The windows are tinted. So I just thought, why not put it up on these trees that I have right in front of the property?" Parmar said.

The next day, Feb. 25, the neighborhood support division of the City of Aurora issued a courtesy notice to the doctor and his clinic to remove the banners within seven days, citing a zoning violation.

Ardas Family Medicine serves the largest population of asylum seekers and refugees in the state. The owner and main doctor himself literally climbed two trees to put these “COVID VACCINE HERE” signs up outside the clinic. The next day, @AuroraGov sent them a violation. #9NEWS pic.twitter.com/NQKspMjNmH

Banners aren't permitted in a "pedestrian district," according to the courtesy notice that was mailed to Parmar. But for what the clinic is advertising, he wants the city to reconsider its regulations, especially during the pandemic.

"It comes down to a healthcare equity issue," Parmar said. "There are all these things which may seem the best intent. But, when we really start to analyze and ask ourselves, how do we make a difference? It comes down to small issues like this on the ground."

The City of Aurora said, there are concerns having the banners in the trees and the potential damage that could cause.

After 9NEWS reached out, the city offered an extension to take the signs down by March 29, instead of March 4. The code officer also provided a new notice of violation to Dr. Parmar, that reads in part:

"There are signage options available that I believe will serve the purpose of getting people into the clinic and conform to the current code regulations. Window signs can be made more colorful and 25% of the window may be used for signage. An A-frame type sign may be placed out front to draw in people who are walking. I can get you the A-frame base, but the signage on it would be your responsibility."

At the end of the new March 29 notice period, the city said there will be a re-inspection. At which time, Dr. Parmar could get a summons or receive fines if the banners aren't removed.

"It's a pedestrian area but, that's exactly why I'm there. Folks don't have cars. They take the 15 bus, or they walk," Parmar said that's the patient-population he's trying to reach. "This is not exactly a banner for a marijuana shop. It's something that maybe Aurora could get behind, and even throw some money at – try to figure out how to help us do what we're doing for literally the poorest part of the city."

Parmar wants the city to update its rules during the pandemic so healthcare signs can be used to inform low-income, low-access neighbors who need a vaccine.

"We’re trying to serve your folks here," he said, to the City of Aurora. "Why don’t we just lookout for the best interest of the community at this point?"