Colorado got the green light to open restaurants, but does COVID-19 data show we’re ready?

9Wants to Know does a deep dive into Colorado’s coronavirus statistics to gauge whether progress has been made. 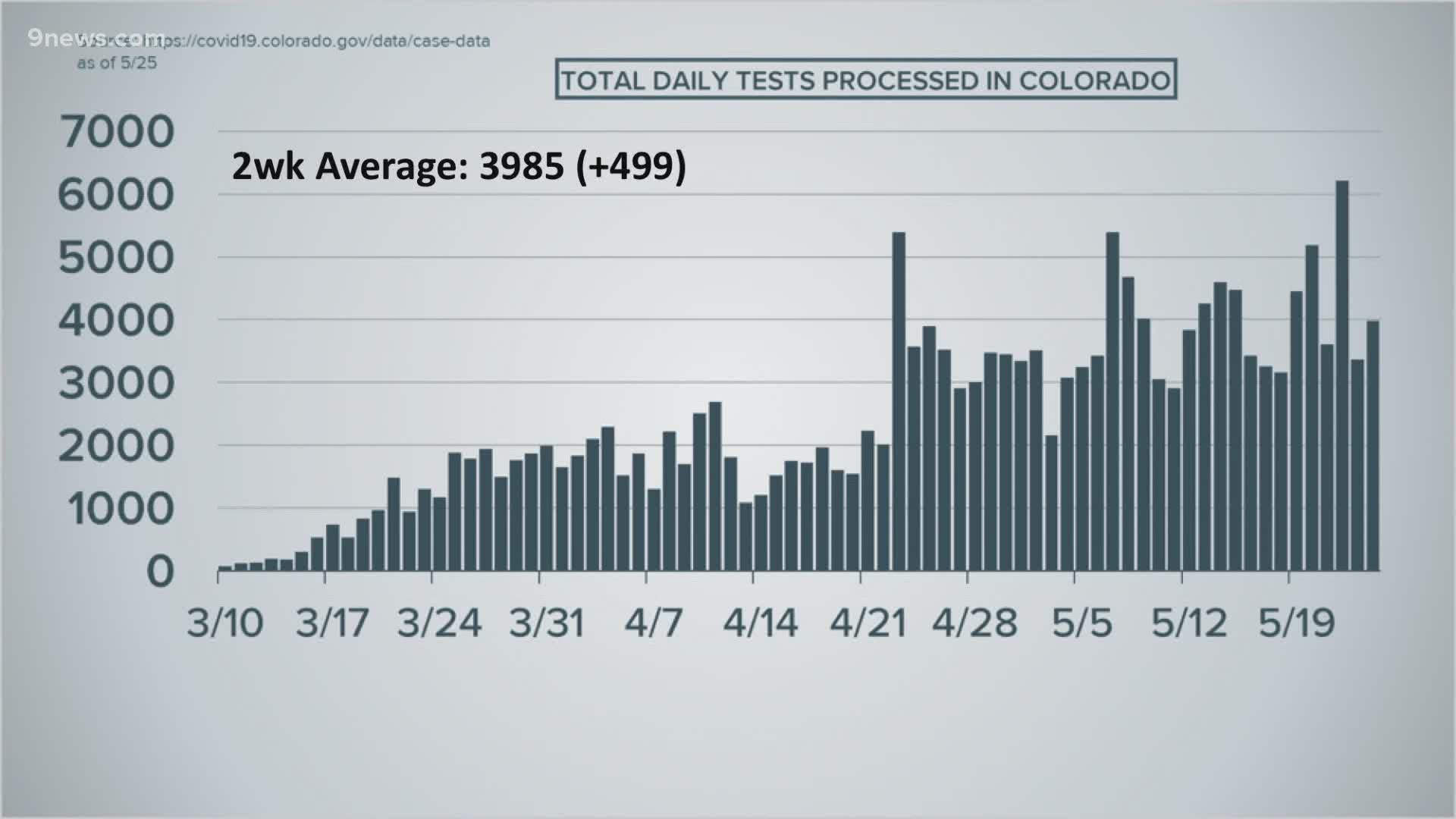 COLORADO, USA — The state is about to hit a major milestone on Wednesday when Gov. Jared Polis said restaurants can start serving patrons on-premises if they abide by a bevy of restrictions ranging from mandatory masks for staff to limiting the number of people who can be in a restaurant at any given time.

9Wants to Know has been looking at the data constantly since this pandemic hit Colorado, and these are the measurements we will be tracking:

The short answer is progress is being made, but the state still needs to make strides in increasing the number of tests processed in a day to accomplish the goal set by Polis.

RELATED: Gov. Polis to provide update as restaurants, camps get ready to open

The number of those "currently hospitalized" is a good indicator as to whether the hospital system is going to be overwhelmed. A higher number could mean a surge is happening, hospital capacity is being taxed and beds are running out. That does not appear to be the case. At the moment, hospitals appear to be in good shape.

Those currently hospitalized dropped to below 400 for the first time since March 30 when the trend was on a steep rise. However, 68% of hospitals reported data on May 25 as opposed to 93% on May 19. This could make the most recent data artificially low.

Less hospitals than usual have reported data on May 24 and 25. According to Julie Lonborg, senior vice president for the Colorado Hospital Association, the holiday weekend led to a reporting gap. The CHA represents more than 100 member hospitals and health systems in Colorado.

"Weekend reporting has typically been lower than weekday," Lonborg said.

The average number of people hospitalized on given day in the last two weeks has been 484 - two weeks before that, the average was 699.

Colorado's ability to process tests and get results quickly will allow the state to identify surges and potential developing hot spots for the novel coronavirus.

For the past two weeks, the average number of tests processed a day is 3,985, according a 9Wants to Know analysis of the numbers. Two weeks before that, the average was 3,485.6 tests. A few high days of tests pull the average upwards. The median compensates for highs or lows in the data. The median from May 10-24 was 3,831 processed tests, and 3,426 for the two weeks prior.

That is still well short of Polis’ goal of running 8,500 tests by the end of May.

On Friday, the state processed the most tests ever in a day with 6,215, according to CDPHE statistics. It is still short of the goal and the following two days of data were back in line with the trend of the 3,000 – 4,500 ballpark.

Another important factor is the number of coronavirus tests that come back positive. If the state is above a 10% positivity rate, it could be an indicator that not enough testing is being done. As 9News has previously reported, 10% is the benchmark set by the World Health Organization.

Danielle Allen, director of the Safra Center at Harvard University, told the New York Times that a 10% positivity rate would lower the harm of the disease, but the goal is to hit 4% because it is an indicator of stopping the spread.

Dr. Rachel Herlihy, CDPHE state epidemiologist, said Tuesday morning the positivity rate could be going down because there's either less of the disease in the state or an increase in testing.

"I think just as we are starting to see a decrease case count, percent positivity will go down when there’s a decrease of the burden of the disease in the state," she said.

As discussed above, the average number of processed tests across two weeks is up 499 tests a day.

The Safra Center modeled potential outcomes with a variety of testing and contact tracing scenarios. Accomplishing an end to lockdowns across the country would require a national commitment to spend money toward tracers and millions of tests.

As of Monday, CDPHE data shows there have been 1,333 deaths among people with COVID-19 and 1,088 deaths due to COVID-19. While the total number of deaths among COVID-19 cases continues to grow, death by dates shows when people died. For example, we learned of 14 more deaths on May 22. But, that doesn't mean they died on May 22. Their date of death could have been earlier but it takes time for the death to be included in the count. CDPHE published dates of death for 95% of deaths.

A 9Wants to Know analysis of the data shows 887 Coloradans died in April, the most of any month so far.

RELATED: Data shows a surge in Colorado deaths. Only some are directly due to COVID-19

Keep in mind that COVID-19 is likely causing more deaths than we know about. A 9Wants to Know investigation of CDC data published May 20 found Colorado has experienced at least 134 more deaths than the organization predicted and as many as 532.