"Likewise, if Coloradans aren’t staying home and the number of dead and dying continue to pile up, it could go longer," Polis said. 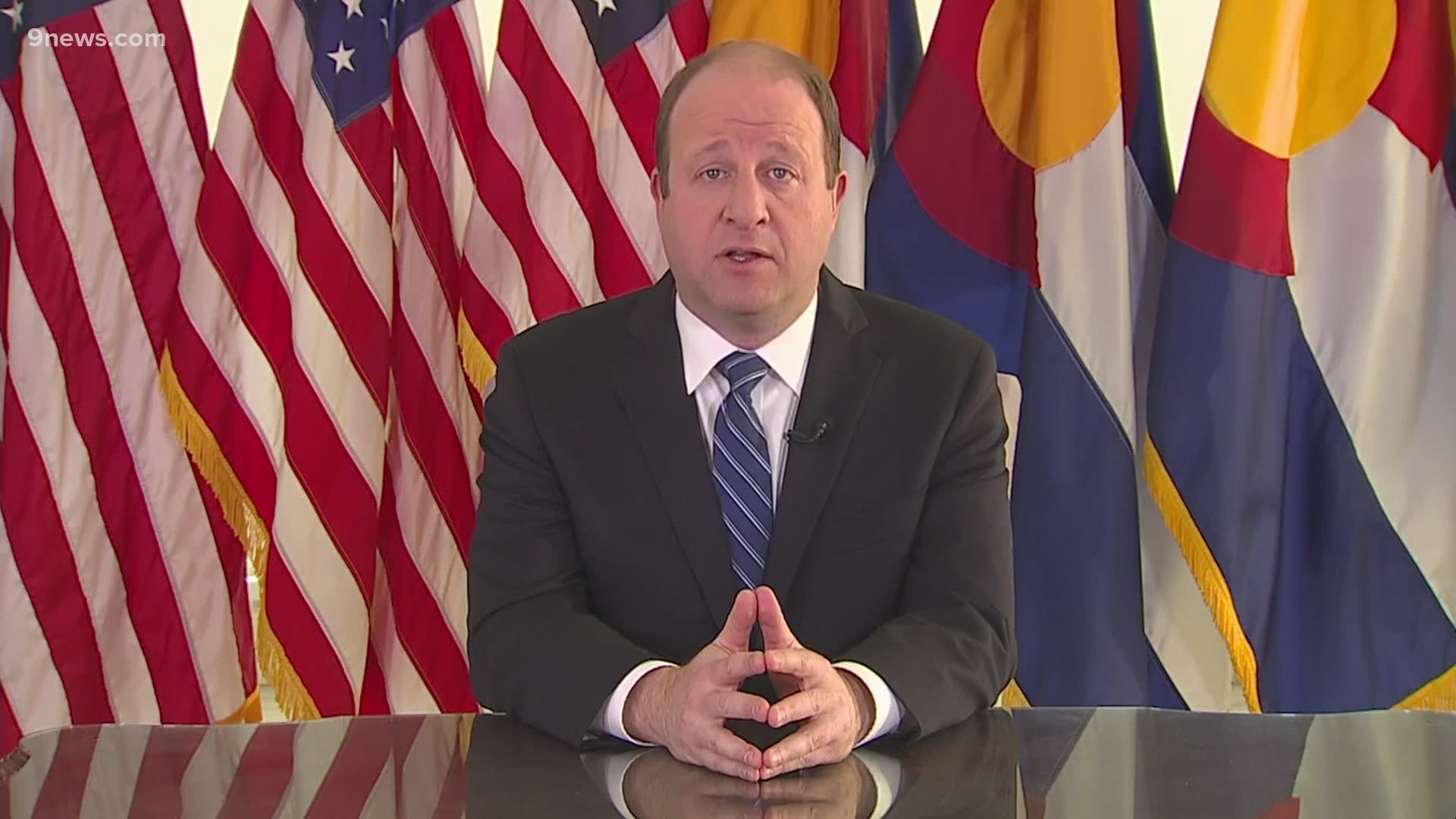 “We all want this to end as soon as possible,” he said.

Polis said top experts at the White House and CDC have set a national goal of April 30 as a date that extreme social distancing measures, like stay-at-home orders, can likely end.

"I’m hopeful we can get things going sooner in Colorado," he said. "This evening I’m announcing our Colorado stay-at-home order will end April 26, several days ahead of the national goal."

If there’s a way to safely end it sooner, Polis said he will.

"Likewise, if Coloradans aren’t staying home and the number of dead and dying continue to pile up, it could go longer," he said.

Polis said the reason for April 26 date is because, based on data, staying at home is "our best chance, our only realistic chance, to avoid a catastrophic loss of life the death of thousands of our friends, neighbors and family members."

Polis encouraged Coloradans to continue to do their part: stay home, wear a mask when going out for critical items and practice social distancing.

"The federal government is literally paying us to stay home," Polis added.

He said April will be known as the "lost month," and said this generation has been called upon to sacrifice – temporarily – our way of life so we can return to normal.

Polis gave a nod to scientists at Colorado State University (CSU) for their work on a possible vaccine or cure and thanked other countries for personal protective gear donations.

He also encouraged residents to take part in the nightly 8 p.m. cheer for those working in critical jobs, including health care practitioners, first responders, grocery store workers and others. 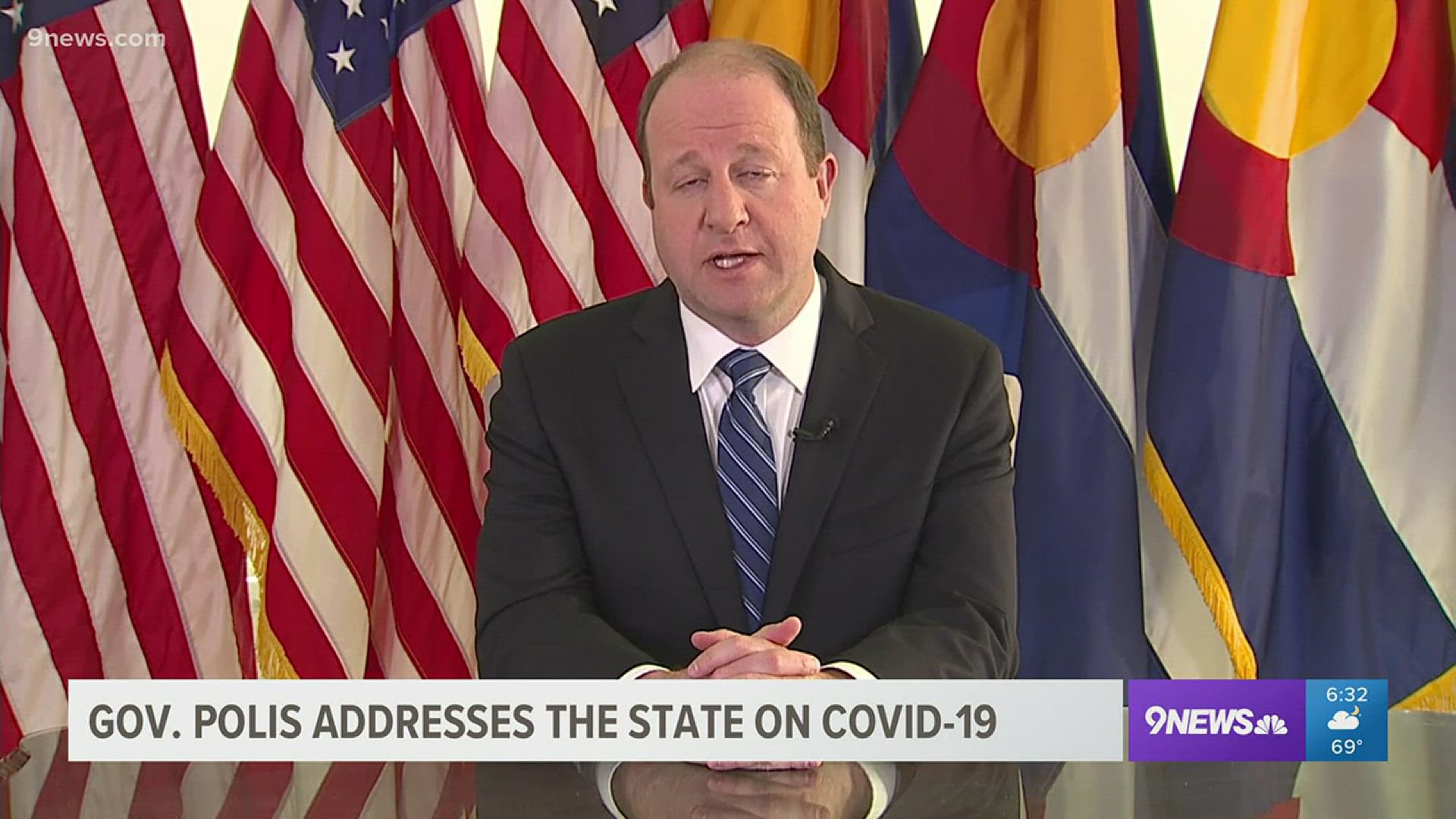 The Colorado Department of Public Health and Environment (CDPHE) held a virtual news conference earlier Monday to give an update on the spread of COVID-19 in the state.

Jill Ryan, the Colorado Department of Public Health and Environment (CDPHE) executive director, said during a virtual news conference Monday those numbers don't reflect the reality of infections in the state. She estimated that 17,000 to 18,000 Coloradans have had COVID-19, which is 0.02% to 0.03% of the state's population.

She said the numbers indicate widespread community spread of the virus and that there are signs of stress on hospitals. Dr. Eric France, CDPHE's chief medical officer, said they expect 30% to 40% of Coloradans eventually will be infected with COVID-19.

Social distancing seems to be making a difference, though. State epidemiologist Rachel Herlihy said the time in which the number of cases doubles has dropped from every two days in early March to every four-to-five days this past week. The impact of the statewide stay-at-home order should come in the next few days.

It's too soon to know when cases will peak in Colorado, though it will happen between May and summer, Herlihy said. The models used by CDPHE, which are done by the Colorado Public School of Health, show that the timing of the peak will depend on social distancing efforts. Ideally, CDPHE wants the curve to flatten and the peak to come later because that would put less stress on the state's health-care system.

On Monday, Denver Mayor Michael Hancock extended the city's and county's stay-at-home order to April 30. It had previously been enacted until April 11. 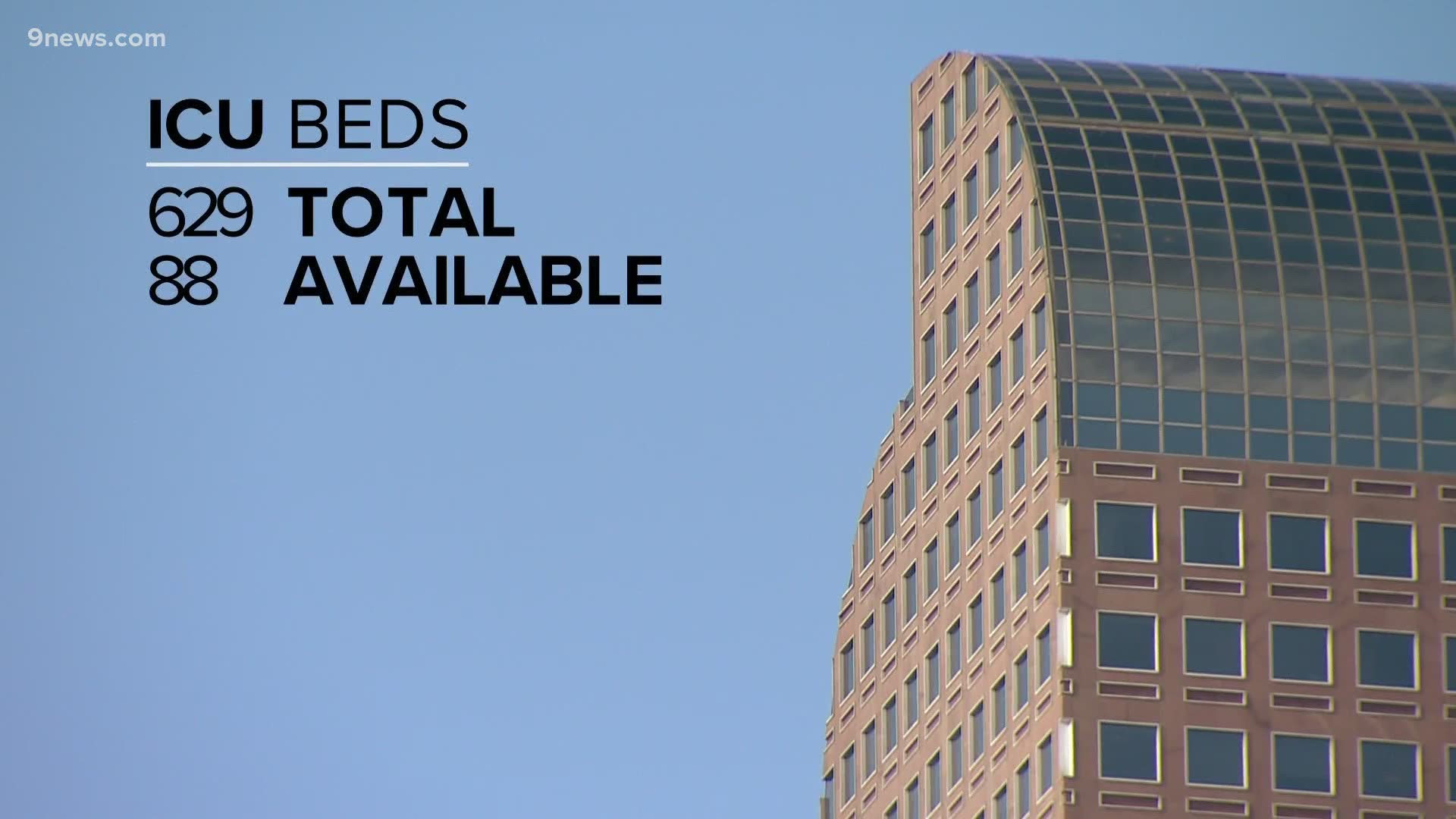