The governor, in social media posts late Wednesday night, announced that he was requesting that counties at the Red level on the COVID dial move to Orange. 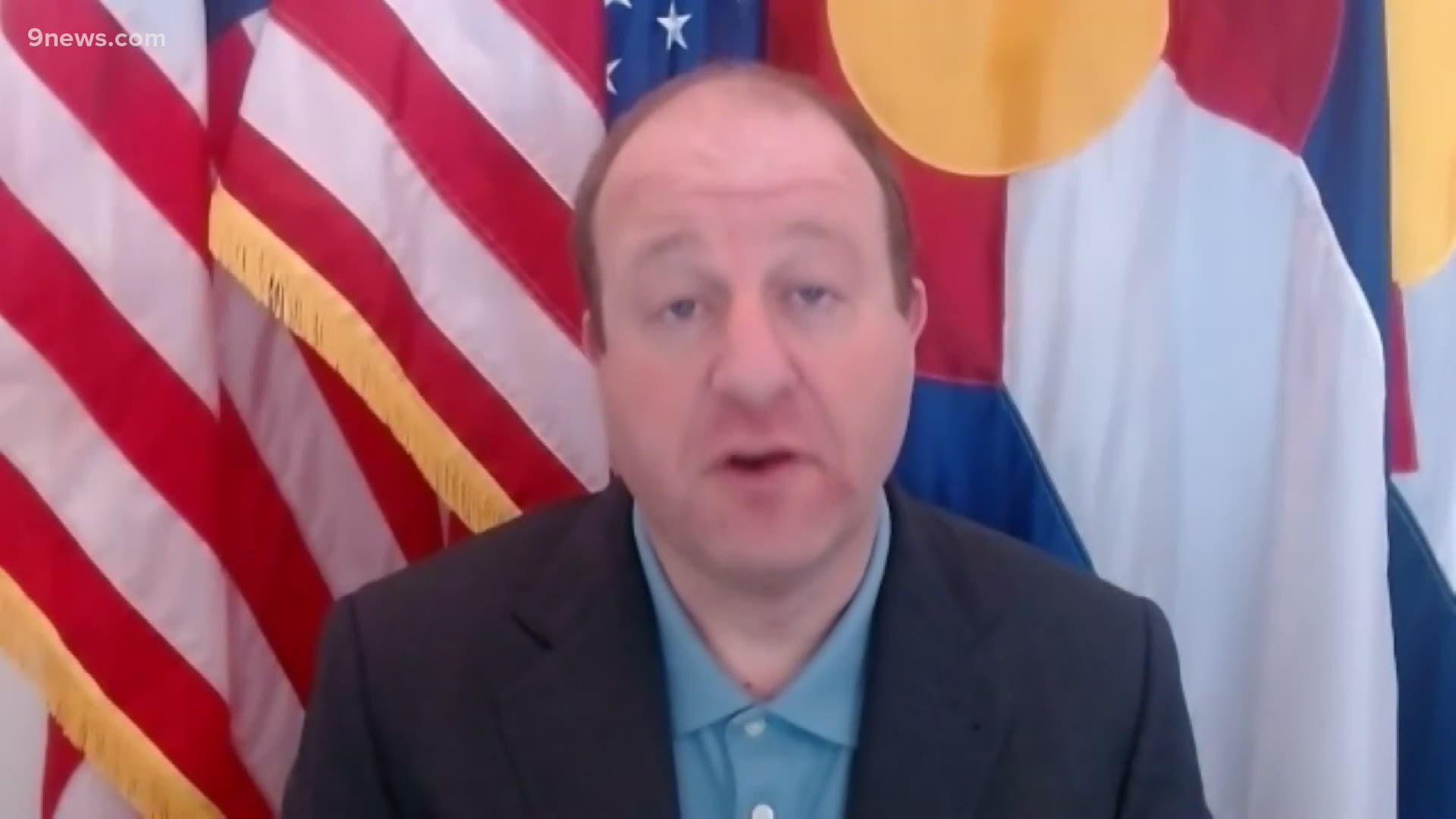 DENVER — Gov. Jared Polis sought to avoid conflicting regulations when he asked the state health department to relax COVID-19 restrictions in 33 counties, he told Colorado Politics in an interview Thursday.

The decision was made as a matter of "regional cohesion," he said, to avoid a patchwork of orange and red counties. Several counties, including Douglas and Larimer, are already implementing the state's new five-star program, but others, such as El Paso, have been a little slower.

> More information on the 5 Star program can be found here.

"You want to move as a unit," Polis explained. "We are comfortable with pushing everyone in that direction ... and we feel good enough about the numbers that a shift is warranted and ready and in the interest of public health and the economy.

"The alternative to moving together is to allow some counties to go to orange ahead of others. That would have been challenging from a public health perspective," Polis said, raising the risk that people from high incidence areas would go to restaurants in lower incidence areas. "You need to acknowledge all are interconnected and move together."

The governor, in social media posts late Wednesday night, announced that he was requesting that counties at the red level on the state public health department’s dial move to orange, effective next Monday.

RELATED: Some counties in Red on COVID-19 dial to move to Orange

It was the second announcement of the day to take those most affected by surprise; at a press conference earlier in the day he announced a change in the state’s priority list for vaccinations.

Polis’ 9:12 p.m. tweet said he was taking the action because the state has been in a “sustained decline for 13 days, and only 73% of ICU beds statewide are in use. This is a direct result of Coloradans stepping up and taking the steps to protect themselves and others.”