Colorado has the 4th highest COVID death rate. This doctor says the Delta variant may be to blame

The state also has a high vaccination rate, but some experts say the delta variant may be leading to more deaths. 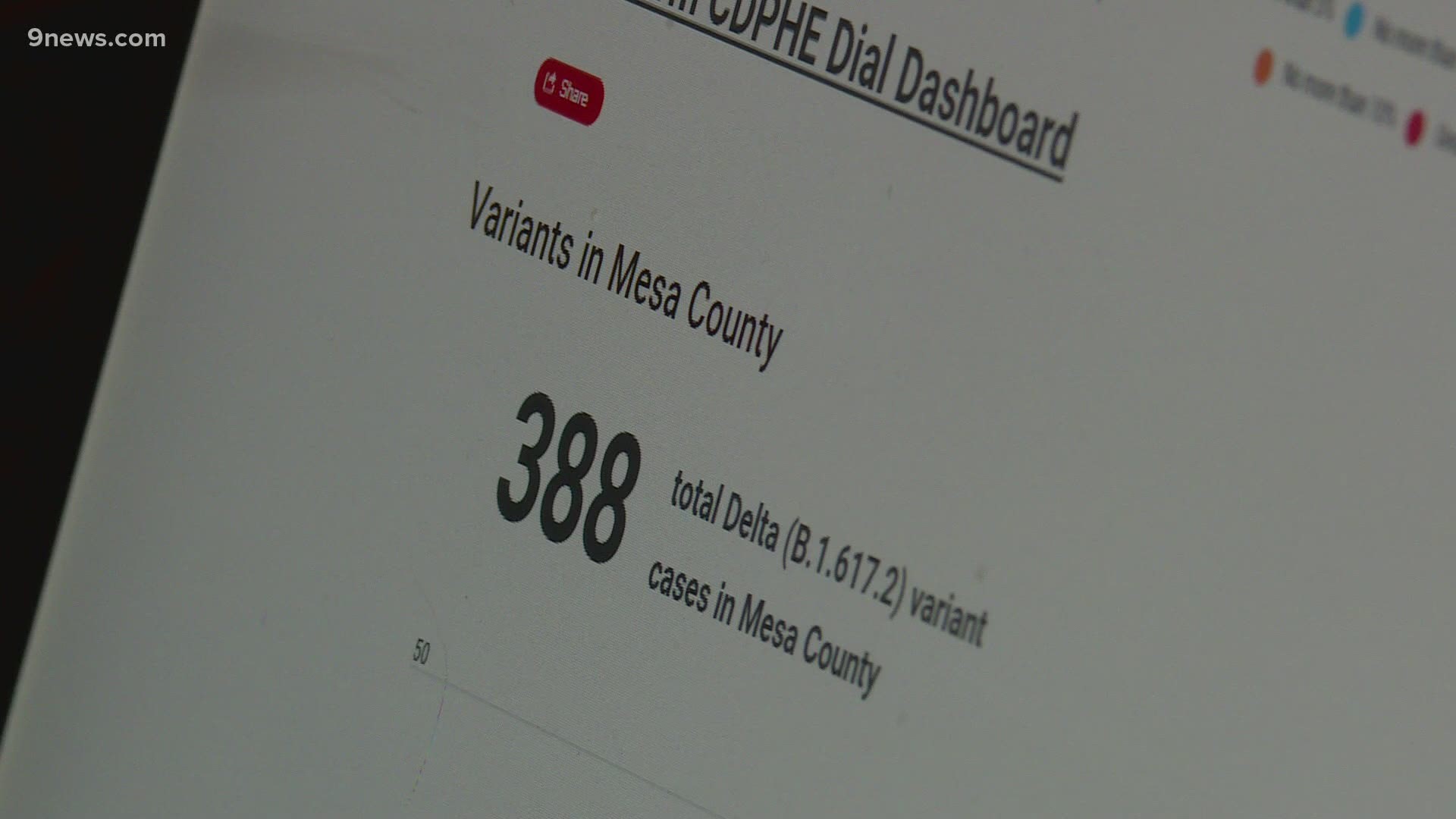 COLORADO, USA — Recent data shows Colorado has one of the highest COVID-19 death rates in the country, although the state is ahead of others when it comes to vaccinations.

Only Michigan, Georgia and West Virginia have had more deaths per 100,000 people since June, according to NBC.

According to the Centers for Disease Control and Prevention (CDC), the delta variant could be the reason for the increase in deaths around the country.

Colorado is one of the 10 states where the “hypertransmissible” delta variant is the dominant strain now, according to the NBC report.

"The presence of the delta variant, which is significantly more contagious, but also has been shown to have poorer outcomes, people get sicker from it, is probably what we're seeing represented with that," said Dr. Michelle Barron, senior medical director of infection prevention at UCHealth.

Barron said that most of the hospitalizations related to COVID-19 involve people that are not yet vaccinated.

"If you look at the overall data in Colorado as to who is actually being hospitalized with complications from COVID, they are people that are unvaccinated, they probably have underlying health conditions as well," Barron said.

The data reported by NBC, show the following five states have the highest COVID-19 death rates per 100,000 people since June 1:

Nearly 3 million people in Colorado are fully vaccinated and more than 3.2 million have started the vaccine process, which is just over 55% of the state's population.

RELATED: Symptoms for the Delta variant are different from 'classic' COVID-19 symptoms. Here's what you need to know.

RELATED: Yes, a fully vaccinated person exposed to the Delta variant could transmit COVID-19 to others