CDLE hosted a briefing on Thursday to discuss a recent increase in fraud claims and a new unemployment website system. 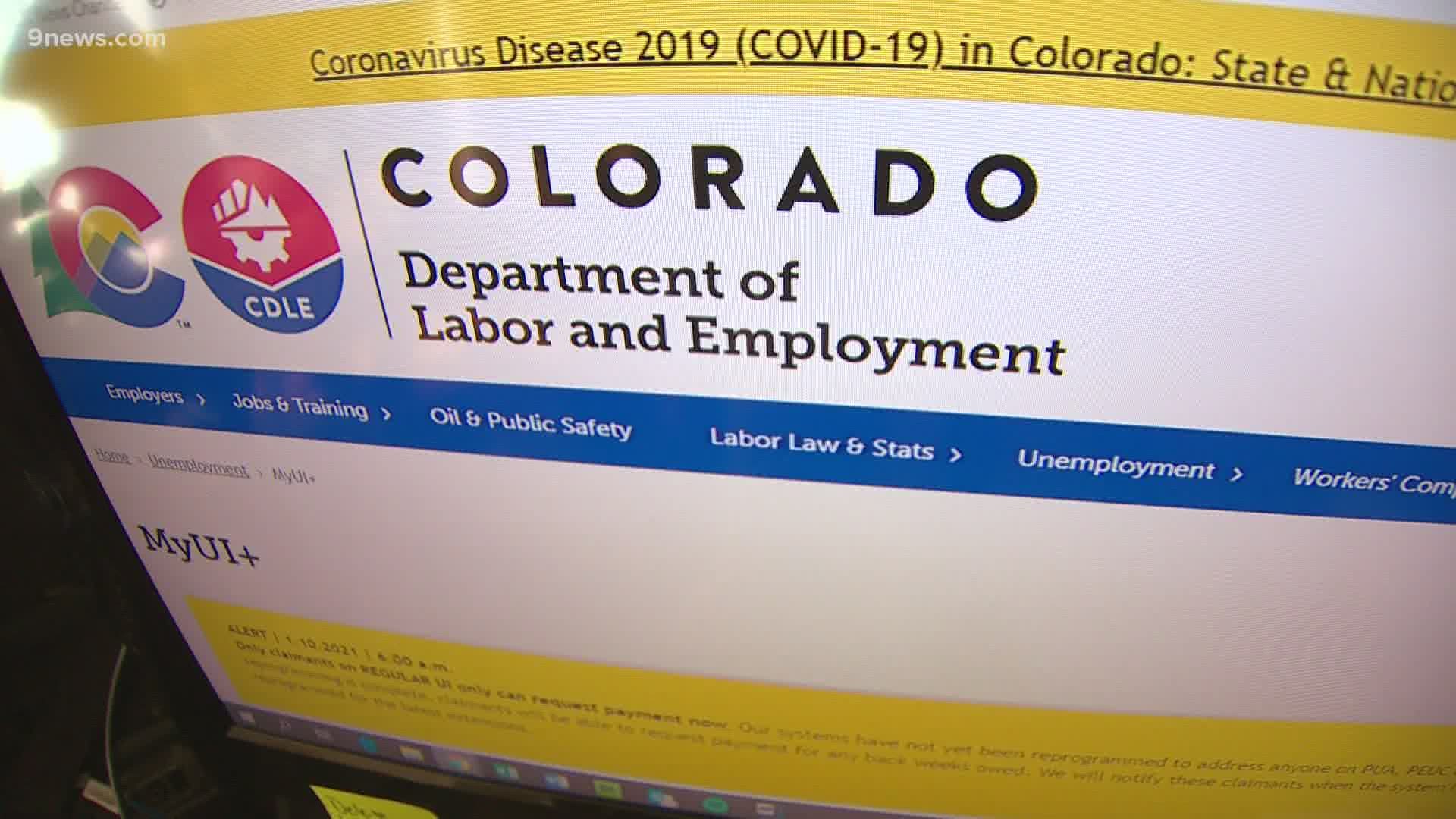 COLORADO, USA — With fraudulent claims on the rise and a system upgrade in the works, the Colorado Department of Labor and Employment (CDLE) hosted an update Thursday morning.

CDLE said it is working to program its systems to begin providing federal unemployment benefits after receiving guidance from the U.S. Department of Labor on Jan. 8.

As part of the guidance, CDLE will be using ID.me, a vender being used by 27 states, to meet federal identification verification requirements. All new claimants will be required to use it in the future.

Currently, CDLE said a team is working through examining roughly 30,000 fraud claims, and said it is working to automate that system.

As CDLE works to identify and prevent fraudulent claims, officials said some legitimate claims will get caught in a fraud hold.

CDLE said legitimate claimants will be able to use ID.me to verify their identification once the system is put in place, which will hopefully happen in a few days.

Some debit cards will still be mailed out even after fraud is reported, but CDLE said that these cards will not have any funds on them if fraud was reported.

CDLE also said there were some instances where fraud was reported and not immediately dealt with due to a backlog.

Anyone who has received erroneous 1099 forms, debit cards or pins for unemployment benefits they did not request is asked to contact CDLE.

CDLE said that it is working on releasing claims numbers for previous weeks revised to reflect fraudulent claims.

The rollout of the new My UI interface has been successful, and it continues to address any reported issues, according to CDLE. A call center that has been set up to deal with these issues has received 33,000 calls since Sunday.

So far, CDLE said that 100,000 claims have been processed and 80,000 have been paid out since the new system was made available on Sunday.

More than 40,000 UI claims were filed for the week ending Jan. 2, CDLE said previously, and officials blamed that high total on fraudulent claims. The agency said due to fraud claims, the numbers for the last weeks have been revised downward.

> The video above is about fraudulent claims.

This month, CDLE launched a new system, called MyUI+, which replaces two previous systems: the MyUI Claimant and the PUA Online system. It was originally supposed to launch early last year, but was postponed due to the unprecedented claims during the coronavirus pandemic.

It officially launched on Jan. 10, and only those who have regular state unemployment claims can use it to request a payment. CDLE said other functions within the system are being released in phases and that the ability to file a new state claim could be released this week.

Federal pandemic benefits expired Dec. 26, and the state received federal guidance on the PUA and PEUC programs late last week and is working on the requirements and system reprogramming, CDLE said.

Since mid-March, an estimated total of 756,534 regular initial unemployment claims have been filed and an estimated grand total of 1,008,458 claims, including federal PUA benefits.