Denver's last call will remain at 11 p.m. based on the county's status at Safer Level 2. 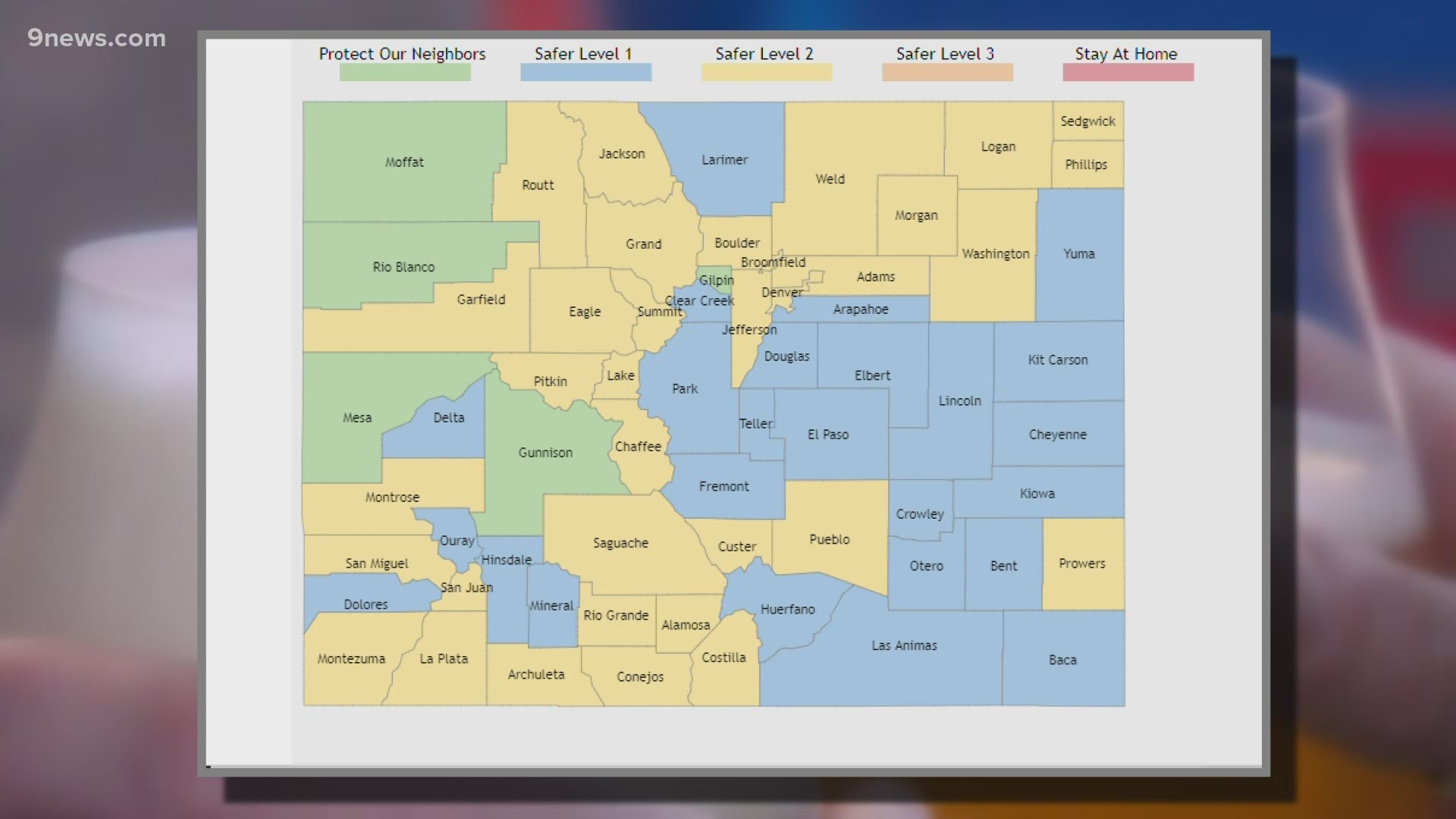 DENVER — Gov. Jared Polis extended his executive order on last call on Sunday while amending the order to tie each county's last call time to its COVID-19 status.

The executive order that Polis announced in July requires bars and restaurants to stop serving alcohol at a certain time. Polis originally moved last call from 2 a.m. to 10 p.m., then pushed it back last month to 11 p.m.

Under the revised order issued Sunday, last call will be:

Counties in the Protect Our Neighbors phase can opt out of the order and establish their own local last call time, so long as it doesn't exceed 2 a.m.

> Find out what your county's COVID-19 status is here.

Boulder, Broomfield and Weld are also at Level 2, while Larimer County is at Level 1.

There are only four counties in Protect Our Neighbors phase, all on the Western Slope. Colorado has no counties in Safer Level 3 or higher at this time.

When Polis announced the 11 p.m. last call in August, he cited epidemiological data, including data from contact tracing and other scientific studies, that showed a decrease in COVID-19 cases among 20- to 29-year-olds, the age group that spends more time in bars than others.

Some restaurants pushed back against the order. The Tavern League filed a lawsuit saying restaurants and bars were in desperate need of relief from such restrictions. An attorney for the nonprofit group said last week that it had filed paperwork to withdraw the lawsuit.