The aircraft will fly over the Front Range between 8:30 a.m. and noon on Monday. 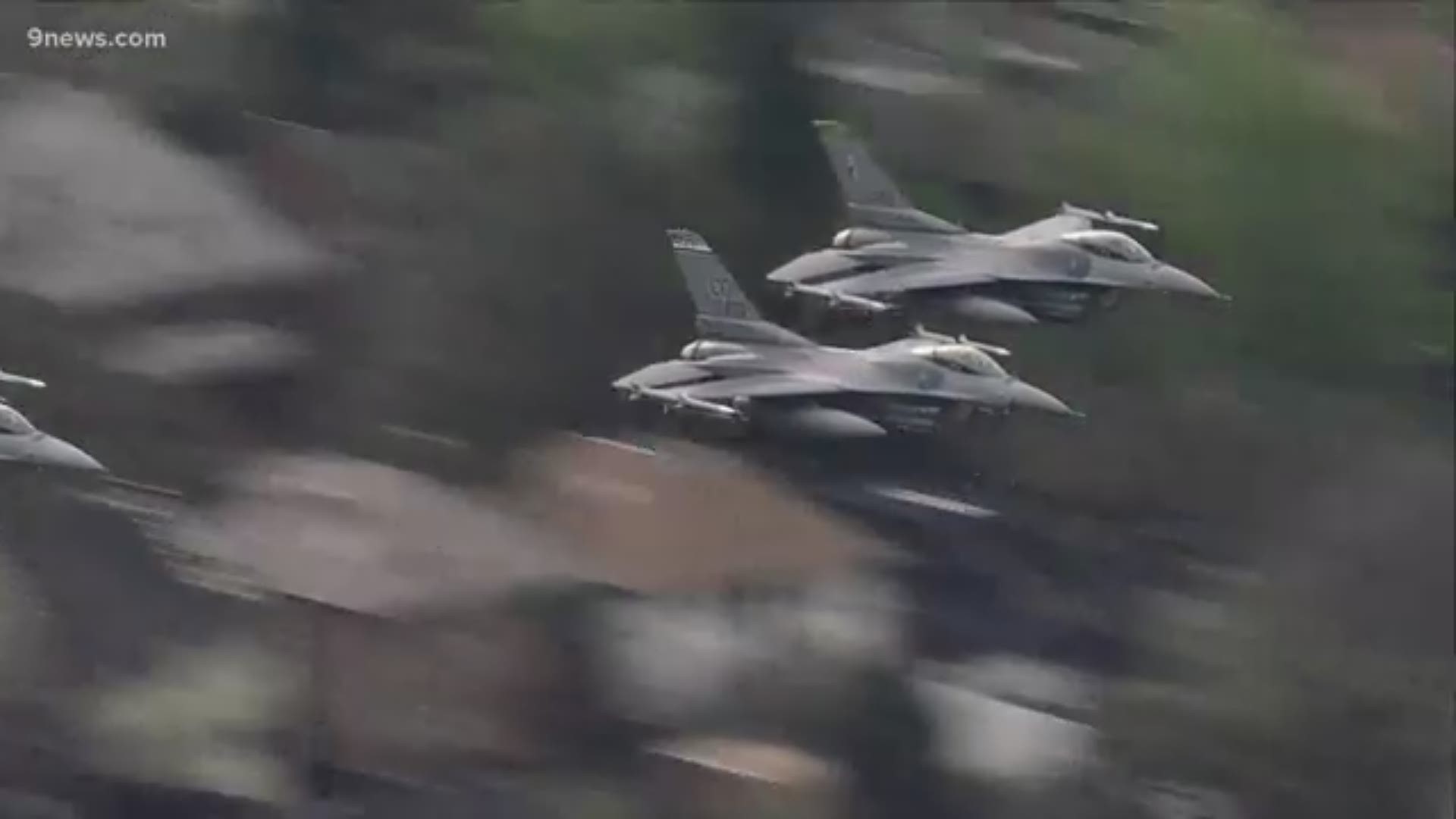 DENVER — Look toward the skies on Monday morning: The Colorado National Guard will be doing helicopter flyovers in the Denver metro area and across the state in honor of Memorial Day.

The flyovers are a salute to Coloradans who made the ultimate sacrifice for their country and to health-care workers and first-responders who are supporting veterans and their communities during the COVID-19 pandemic, according to a news release from the Colorado National Guard.

> The video above is of an Air National Guard F-16 flyover on May 6.

Two of the flyover routes cover the Front Range and are scheduled to start at 8:30 a.m. at Buckley Air Force Base in Aurora. Those routes will take the aircraft over Centennial, Parker, Highlands Ranch, Fort Logan National Cemetery, Arvada, Thornton, Denver and Colorado Springs.

“We are really excited that U.S. Army leadership has allowed us to focus some of our training hours to thank our veterans and the health-care workers and first-responders caring for them during these difficult times,” State Army Aviation Officer U.S. Army Col. William Gentle says in the release. “This Memorial Day is unique but no less important than any other in our nation’s history. We must never forget those who have sacrificed so much to keep this great nation free.”

Here are the approximate times and locations to see the flyovers:

The flyovers serve as training for the pilots and are done at no additional cost to taxpayers.

There have been several flyovers along the Front Range and in Colorado during the COVID-19 pandemic, including a Flyover Fundraising Parade and Aerial Salute on May 14, a Colorado Air National Guard F-16 flyover on May 6, and the Thunderbirds on April 18.