Study participants wear the sticker for two weeks as it collects data points on heart rate, oxygen levels, and even the number of times someone coughs. 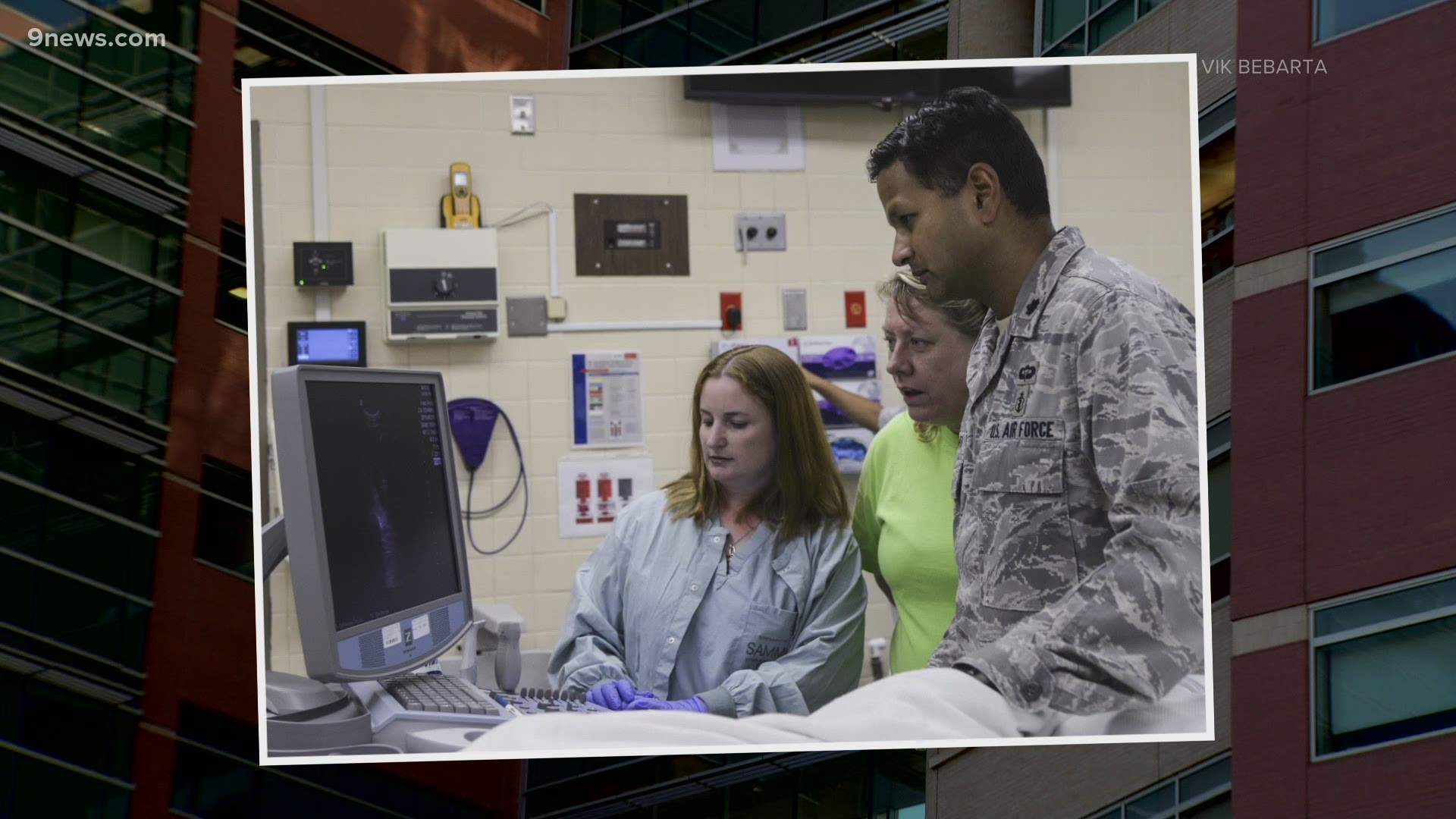 Colorado researchers are recruiting study participants to test whether a locally-made BioSticker can spot COVID-19 infection before a person is contagious or symptomatic.

The study’s original intent has been to help the military avoid spread among troops who are often in close quarters, but the overall goal is to find out if this technology, made by Golden-based company BioIntelliSense, can be beneficial for the general public.

“We say we are working on solving the Department of Defense’s toughest clinical problems so it benefits the service members,” service member and UCHealth Doctor Vik Bebarta said. Bebarta also leads the CU Anschutz COMBAT Center. “We also want to benefit our Colorado community as a whole.”

Participants who are not knowingly infected with COVID-19 are asked to wear a Band-Aid-like BioSticker over their heart for two weeks.

It monitors numbers like heart rates, oxygen levels, even the amount of times someone coughs.

Although researchers are only in the first few months of their study, they are already starting to see patterns.

“A lot of folks say, ‘I don’t really have any symptoms’, and we look on the data we get, which is continuous, and sure enough, they have a high fever, their heart rate is going up, their respiratory rate is going up, and they actually do have symptoms, they just don’t think they’re feeling them,” Bebarta said.

They are seeking out adults, vaccinated or not, who are often in areas of potential COVID exposure, like teachers, college students, flight attendants.

If someone has been exposed to someone with COVID-19 or is starting to feel symptoms, UCHealth has also been handing out a flier to people in line for COVID tests.

Researchers will mail the BioSticker to participants anywhere in the country, and participants just have to mail it back in two weeks.

Researchers already have about 1000 participants, but they are hoping to recruit at least 2,500 from anywhere in the country, with the goal of having results in a matter of months.

The University of Colorado School of Medicine’s CU Anschutz Center for Combat Medicine and Battlefield (COMBAT) Research is leading the study with BioIntelliSense, which makes that Band-Aid-like sticker (a U.S. Food and Drug Administration-approved medical device called the BioSticker) and the electronics giant Philips, which markets the system and makes the monitoring software it uses.