He worked on the frontlines. Now he has COVID-19

Roman Valles is a respiratory therapist based in Colorado, but spent his summer treating patients around the country. Now he has contracted the coronavirus. 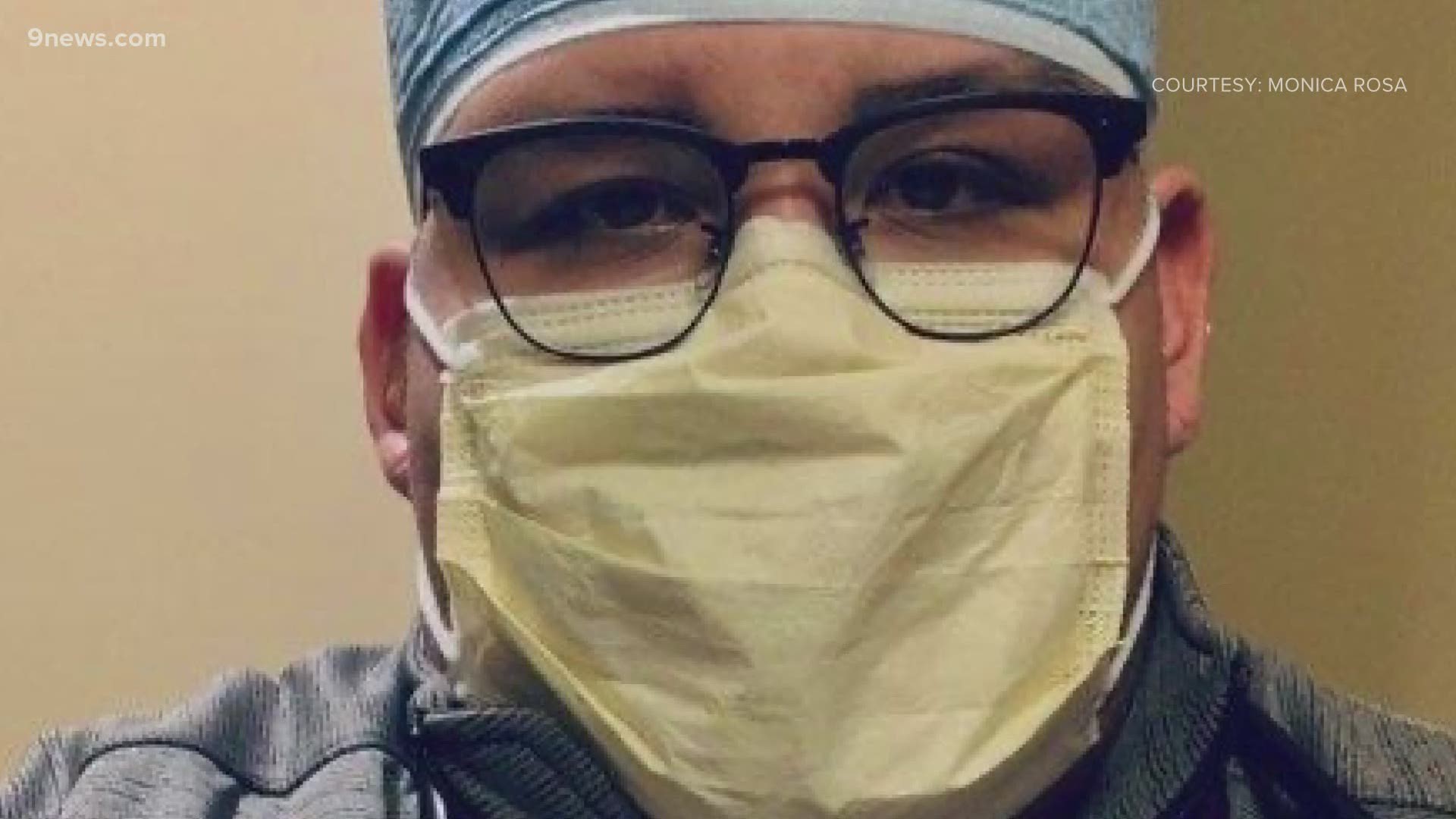 COLORADO, USA — He spent the last few months traveling and working on the frontlines fighting COVID-19.

Now, a local respiratory therapist is sick with the virus himself, and he's stuck in a hospital out of state.

“I encouraged him,” Valles’ sister Monica Rosa said. “It’s a once in a lifetime opportunity to help people. You love helping people, why not?”

Rosa said her brother went to New York first, then in August moved to Texas for the job. That’s were he was when he started noticing his own symptoms a few days ago. He had contracted the virus, too.

He took himself to a nearby hospital in Arlington, Texas.

RELATED: Not all healthcare heroes are doctors or nurses: Meet the medical interpreters fighting COVID-19 on the front lines

“He started saying he was feeling achy, started with body aches, they became severe, followed by fevers,” Rosa said. “Next thing you know he was coughing. Finally the symptom that made him go to the hospital was the shortness of breath.”

“When he got to hospital, they did a CT scan on him and found that he had pneumonia as well,” she added. “Right now he is intubated, and on continual dialysis. He’s in renal failure.”

Rosa said she never though her brother would get so sick. She said Valles is the youngest of four siblings, and its been hard for the family to have him so far away.

“My hope is to get him stable enough to get him transferred home," she said. "He’s going to have a long recovery after everything that he has been through. I just want him home.

"Get him back to his home hospital, taking care up here. That way he can do his recovery here with people and surrounded by people he loves and knows.”

Family members said his illness has been made more complicated by his employment changes. When Valles decided to travel, he left his benefitted position at Centura-St. Anthony Hospital. The hospital said he was placed on PRN status in May, in case he decided later to reconsider re-employment there, and most PRNs are not eligible for health insurance.

Working as a traveling contractor, his family believes he does not currently have health insurance.

Before he started traveling, Valles also worked as a contractor for Peak Medevac, a medical transport company. A friend with the company started an online fundraiser to help with medical expenses.

And Peak Medevac said Tuesday that, when Valles is cleared to be transferred, it would be willing to help transport him home.

Rosa said she is proud of her brother for his work on the frontlines, and the sacrifices he’s made to help others.

“I’m proud of him," she said. "I’m proud that he has been successful in this, how he loves it, how he’s just become absolutely great at it."

"He has become so respected by his coworkers and peers. It has been amazing to see how much love this person has just by what he has done with his career in the medical field.”