Colorado restaurants say COVID-19 bill is a band-aid, not a solution

The Colorado Restaurant Association said the $900 billion aid bill that Congress passed this week includes provisions that will help restaurants in the short-term. 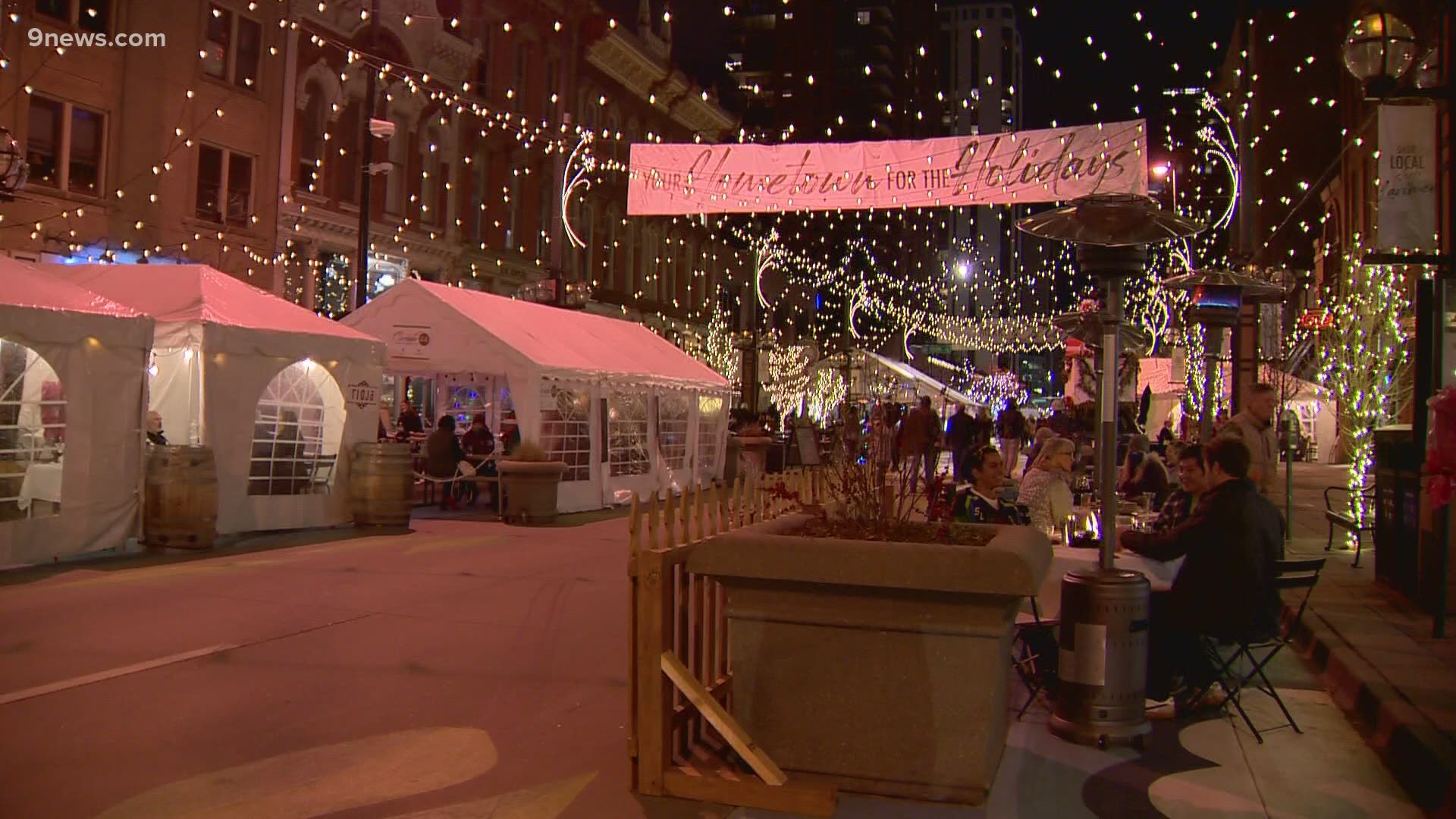 COLORADO, USA — The weather was mild enough in Downtown Denver on Tuesday evening to make outside dining tolerable.

It’s a small victory for restaurant owners like Beth Gruitch, who owns Bistro Vendome on Larimer Square, as well as several other restaurants.

“We’re doing the best we can,” Gruitch said, pointing out the patio tents and heaters she’s installed for outside dining.

Months into the pandemic, “best we can” is a motto for the restaurant industry. Like so many others, Gruitch has lost business, cut staff, and hopes for more support from government leaders.

Congress passed a bill this week that could provide some of that support. The $900 billion COVID-19 aid bill includes more Paycheck Protection Program (PPP) loans for businesses, including restaurants.

“It’s a lifeline,” Gruitch said. “This is not a solution; this is a band-aid that’s going to limp us along until the weather decides to turn, and we can have more outdoor dining. Or the restrictions -- we go down a level on the [state COVID-19] dial, and we have more indoor dining. That’s really where we need to be.”

Tuesday night, President Trump posted a video message on Twitter criticizing the aid bill for not providing enough direct relief to Americans, calling it a “disgrace.” While he did not explicitly say he would veto the bill, President Trump said he wants changes made, which requires a veto.

The Colorado Restaurant Association offered this list explaining how the aid bill passed by Congress would help restaurants:

“The two things restaurants told us they need to survive are cash and capacity,” said Sonia Riggs, CEO and president of the Colorado Restaurant Association (CRA). “Thank goodness this [bill] gives them a little bit of an opportunity for some cash, but it’s not the end-all-be-all solution. We’re really going to need more dedicated relief funding for this industry for them to be able to survive in the long term.”

“President Trump not signing this would be a death blow to many small independent restaurants, and that would be a massive tragedy,” CRA said.

Riggs called the aid bill a “bridge” rather than a “long term solution.”

“We know [this bill] is a much-needed bridge to allow restaurants get through the next month or so while we're hoping to see another package especially for this industry as soon as the Biden administration takes over.”

One of those efforts is The Restaurants Act, $120 billion in grants to bars and restaurants. A group of chefs and restaurant owners around the country has been pushing Congress to pass it.

CRA had surveyed restaurants throughout the state, In a survey conducted November 4-12, before many counties entered Level Red restrictions.

Those restrictions prohibit in-door dining. When restaurants were asked about their ability to stay open without indoor dining, the survey found:

Riggs said the industry is still hopeful, pointing to declining COVID-19 cases and two new vaccines starting to be administered.

“So there’s some encouraging news that we may see restaurants begin to open up next year, which is going to be key. This [aid bill] will help them at least bridge that gap between now and the next month or two so they can get there and start opening up their dining rooms again to the public.”

The National Restaurant Association published a statement following the bill's passage, too:

“Restaurants have waited months for a comprehensive relief bill that reflects the magnitude of this crisis,” said Sean Kennedy, Executive Vice President of Public Affairs for the National Restaurant Association. “[Monday's] bipartisan action is a ‘down payment’ that recognizes the unique damage the pandemic is inflicting on our industry. Congress heard from us and hundreds of thousands of our restaurant members about basic steps to improve PPP for our industry—and they listened."

>> Read the full statement from the National Restaurant Association here.

RELATED: The second stimulus check: When to expect it, how much you will get