What happened to cohorts in schools?

A cohort describes students kept in smaller groups to allow schools to isolate COVID-19 exposures instead of having to quarantine the entire building. 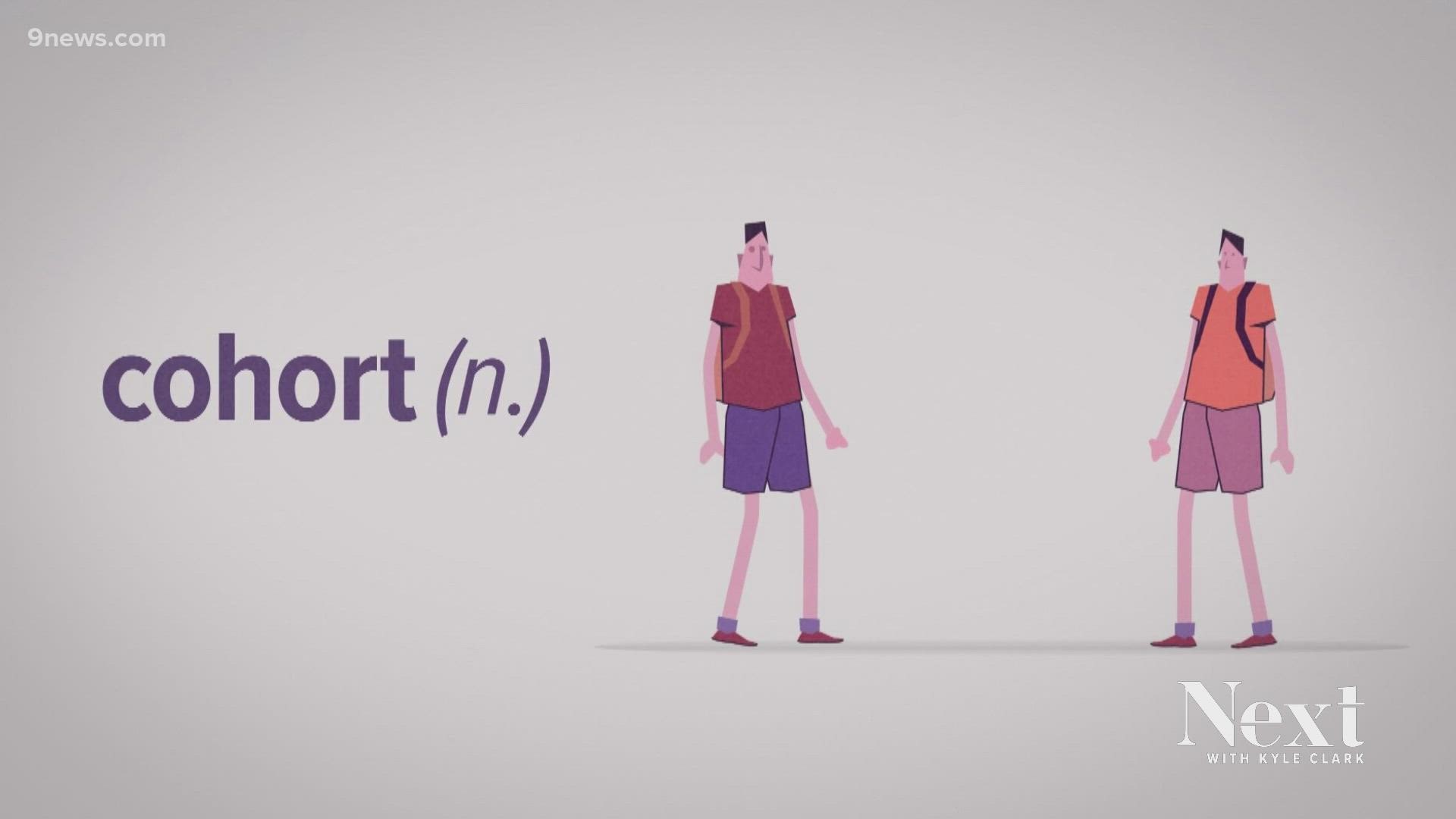 Cohort, a noun, describes students kept in smaller groups that allowed schools to isolate COVID-19 exposures instead of having to quarantine the entire building.

With a more contagious delta variant, why are cohorts seemingly going away?

"It's really hard to make sense why they'd be doing less rather than more with the delta variant spreading," said Eileen Birk, a parent of two kids in Adams 12 Five Star School District.

Birk, whose sons are in third and sixth grades, is trying to limit the amount of exposure they have to unmasked classmates.

"Today, I actually went to my kids' two different schools, at two different lunch times, and I checked each boy out and we basically ate lunch outside, so they could eat lunch safely, take off their mask," said Birk. "It seems pretty clear to me; the CDC is recommending that unvaccinated populations not eat indoors without masks if it can be avoided."

A spokesman for Adams 12 Five Star Schools said that elementary schools are still cohorting, meaning they have the same teacher throughout the day. Instead of alternating specials (art, music, gym) every day, students are on a 1-4 week rotations.

Middle schools use "cores," where students are in smaller groups. For example, 300 sixth-graders might be split into three cores of 100, with each core seeing the same teachers for different subjects. Electives, however, would intermix cores.

High schools have the most intermingling.

"Hopefully, the mask mandate, as well as good hygiene and ventilation and cleaning, hopefully it will be enough to hold things down," said Tri-County Health Department Medical Epidemiologist Dr. Bernadette Albanese.

Tri-County has statistics of kids 12-17 who are vaccinated and people ages 12 and older.

12-and-older population with at least one dose:

"Everybody 12-and-older has a choice to help us there. They have a choice to help us make this school year successful," said Albanese. "We have already had too many calls into our school team at Tri-County about people going to school sick and ended up having COVID and not wearing a mask."

If that's happening this year, with a more contagious variant, why not require small group cohorting like schools implemented last year?

"If you say, 'Are there cohorts in school?' Yes, there are. If there's a classroom with students and their teacher or teachers in their sessions, that's a cohort," said Albanese.

She said that research on COVID transmission last year is guiding some of the principles this year.

"Some of the data published last year from other states and jurisdictions around the country that try to evaluate how much spread of COVID was occurring in those traditional classroom settings was lower than compared to the community average, for example, suggesting that perhaps child-to-child or student-to-student transmission of COVID was not as aggressive as we might see in adults, back in the previous school year," said Albanese. "If there's a case that occurs in routine classrooms this year, based on the information from last year, we are willing to say, 'Alright, there was a single case in the classroom, you don't have to quarantine everybody in classroom.'"