Zoe Parham cut trip short in the face of COVID-19 pandemic. It wasn't quick enough to leave her stranded for a time. 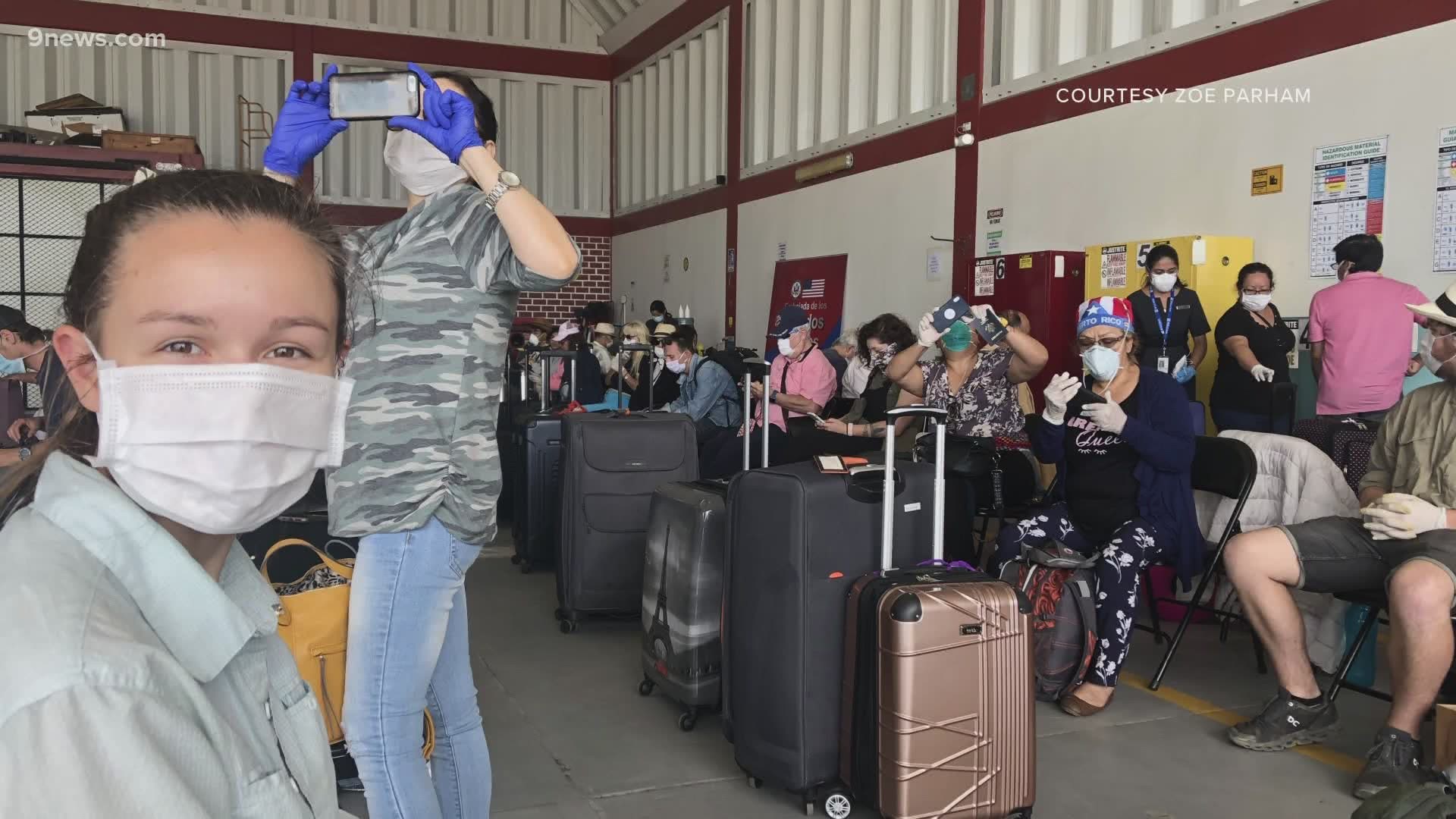 COLORADO, USA — Zoe Parham was supposed to spend weeks working on a small, remote avocado farm in the Andes mountains – instead, she found herself trapped in a foreign country amid the COVID-19 pandemic.

Ultimately it was the intervention of one of Colorado’s U.S. senators that got the Missouri native back to the United States.

“When I came to South America in February, there were no cases of [the] coronavirus in any country in South America,” Parham told 9Wants to Know.

But after she moved to Peru on March 9 for the chance to work on that small-scale farm, she started hearing that the world around her had changed – particularly in the U.S. With little access to the outside world and minimal cell service, she heard bits of pieces of what was happening.

Credit: Courtesy Zoe Parham
Zoe Parham went to Peru in early March to work on an avocado farm -- and found herself stuck in the country for a time after a COVID-19 quarantine.

It was enough for her and her traveling companion to decide to make the trek back to the city of Cajamarca, where they planned to take a bus on the 16-hour journey to Lima and a flight back to the U.S.

RELATED: VERIFY: Why the CDC, WHO previously said they did not recommend homemade masks

“We thought we were leaving with plenty of time,” Parham said. “We never thought that Peru was closing down – that wasn’t any part of our motivation.”

But when they arrived in Cajamarca, they discovered the entire country had been placed in quarantine on March 16.

Day after day, she tried to make travel plans – but the quarantine meant there was no way to travel to Lima — or any other city with an airport.

“It’s like it was built up, and then it was getting closer to whenever that thing was supposed to happen, be it a flight or a bus ride or organizing transportation with a local who had permission to travel, all of these different pieces – we would get closer, and then they would all just fall apart,” Parham said.

She tried reaching the two senators from her home state, Roy Blunt and Josh Hawley, both Republicans, but didn’t get the sense that it was doing any good.

In the meantime, her boyfriend, James Zafarana, called his U.S. senator – Michael Bennet, a Democrat.

Bennet personally called her – she missed his first attempt because she thought it was likely spam.

Bennet said, “friends and family count, too” and that Parham is one of about 300 people his office has worked to get home in the face of the pandemic. It’s estimated that about 50,000 Americans are currently in other parts of the world.

“We were able to, through the state department, arrange transportation for the folks that were stuck in that outlying area,” Bennet said.

Ultimately, Parham was able to ride a bus, with police escort to Lima, take a plane chartered by the U.S. government to Washington D.C., and then fly to Colorado, landing on Monday.

Parham became one of the approximately 6,050 United States citizens flown from Peru as the pandemic spread, according to the American embassy in Peru. The State Department has more flights scheduled for later this week. NBC affiliate KOMU-TV initially documented her plight.

Before her trip to South America, Parham spent months in Colorado living in Steamboat Springs and volunteering for the U.S. Forest Service. She repaired trails in the Roosevelt National Forest.

She’s back in Steamboat Springs, looking forward to moving to the Pacific Northwest. where she plans to again work on a small farm.

“I still don’t believe it happened,” Parham said. “The moment it felt real to me was sitting on the plane in Lima. And even then, until it started moving I still didn’t believe I was leaving.”

Blunt’s office did not respond to a request for comment Wednesday. Hawley’s spokeswoman, Kelli Ford, issued a statement asserting that his office had worked diligently to get her home: