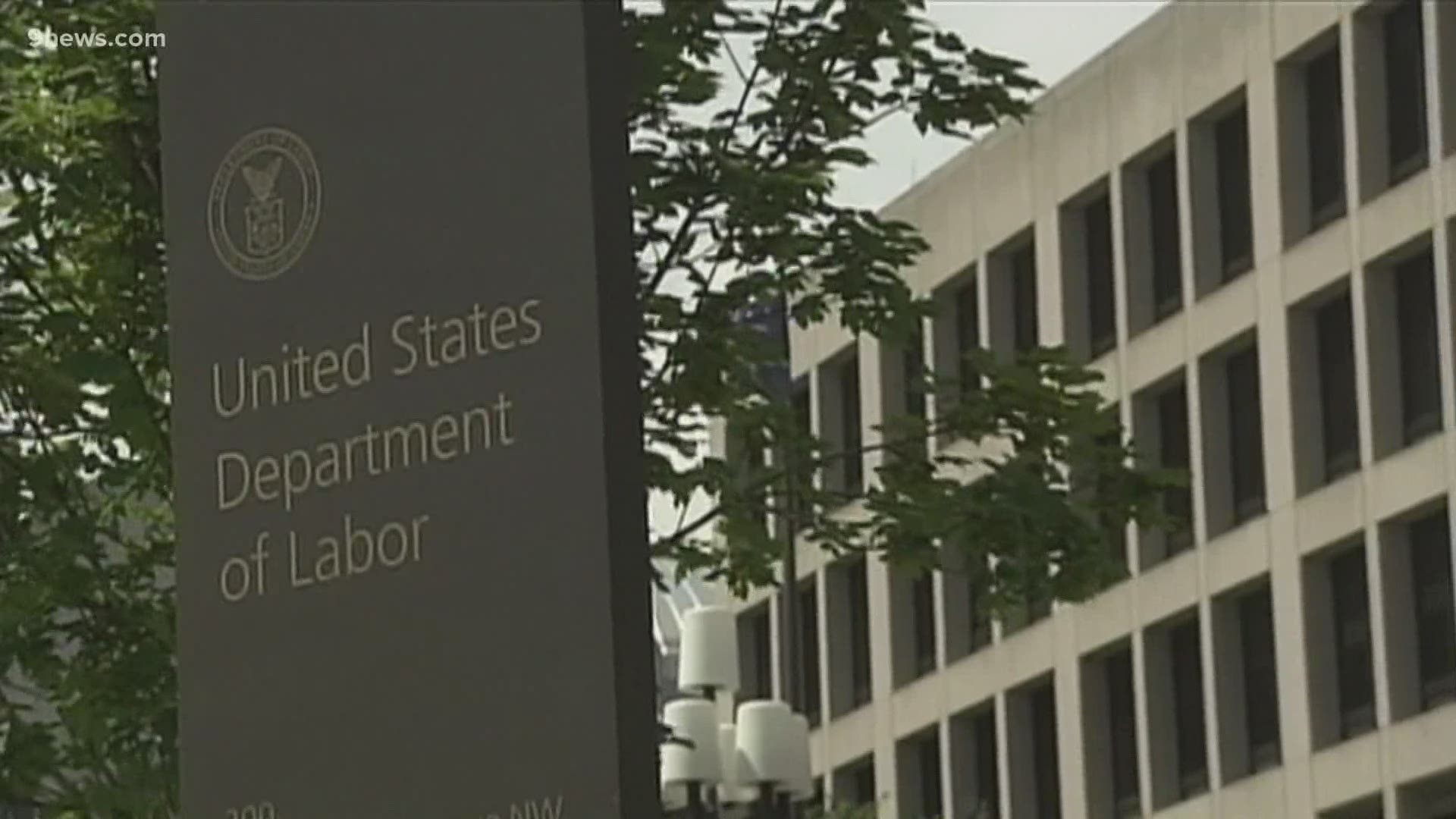 DENVER — The Colorado Department of Labor and Employment (CDLE) said Friday that they have stopped payment on thousands of suspected fraudulent claims that would have totaled $34 million.

CDLE also announced Friday that from April to May, state employers added 68,800 jobs and the state's unemployment rate decreased 2 percentage points to 10.2%.

In the first two days of this week, CDLE saw a large increase in claims for Pandemic Unemployment Assistance (PUA), which provides eligible claimants with extra federal benefits, said Cher Haavind, CDLE chief communications officer, during a call with the media on Friday.

CDLE flagged 5,600 of those PUA claims as fraudulent and stopped payment on half of them, Haavind said. The suspicious claims were from new claimants requesting payments dating back as far as February. The amount of stopped payments totaled about $34 million, CDLE officials said.

Other states have reported issues with fraudulent claims over the past few weeks. Fraudulent claimants tend to use a stolen identification, file a claim for PUA and request benefits for back weeks. This was the first time Colorado has seen a significant uptick in such fraud, Haavind said.

In response, CDLE immediately changed the procedure for how to request back-dated benefits, so that a claimant can now request benefits going back only one week and must speak with an agent to back-date a claim any farther than that, Haavind said.

The change resulted in a 40% decrease in new claims, said Jeff Fitzgerald, director of Colorado’s unemployment division. He added that some of the blocked claims could have been legitimate, but that they would have been in the minority.

Haavind said CDLE is working with local law enforcement agencies, the FBI and the Secret Service to investigate the fraud and put measures in place to stop it.

On Thursday, CDLE announced that it has paid out approximately $2.5 billion in unemployment benefits since March 29.

CDLE said on Friday that the state paid out about $90 million in regular unemployment insurance benefits this week and about $84 million last week.

Colorado's increase of 68,800 in nonfarm payroll jobs in May was the largest ever recorded, said state senior economist Ryan Gedney.

RELATED: Federal Reserve: Will use 'full range of tools' to boost economy

For comparison, CDLE said about $2.1 billion in benefits were paid out in all of 2010, the height of the economic recession.

The CDLE office reopened on June 8 for in-person services to assist claimants, and has set up a system for employers to report job refusals. Since opening, CDLE said it's been averaging about 40 appointments a day and is scheduled out through mid-July.

Also last week, CDLE launched a new resource page on its website around work search requirements in an effort to provide guidance to claimants on what is required to maintain their UI eligibility while they are unemployed.