The Colorado Department of Labor also said intitial claims were below 6,000 for the second week in a row. 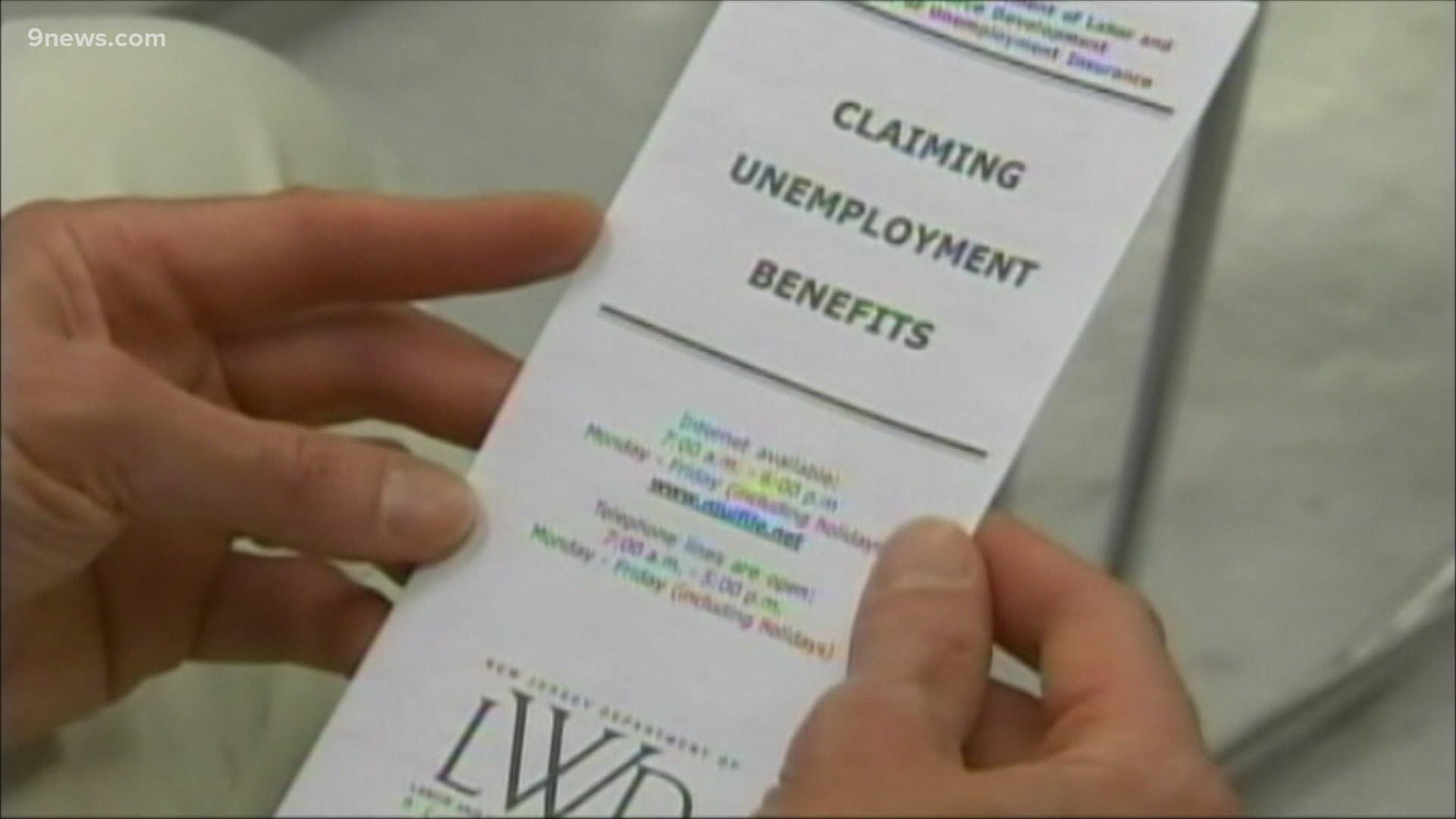 "The nature of what we're looking at is quite sophisticated," said Jeff Fisher with CDLE. "It is something that a common individual would not be able to do and really points to orchestrated, very sophisticated large fraud schemes, hence a number like 48,000."

CDLE said PUA claims for the weeks between July 18 and Aug. 22 were reduced dramatically since they implemented 18 fraud detection triggers in mid-June for PUA claims. They prevented an estimated $750 million to over $1 billion in fraudulent unemployment payments, officials said.

Initial PUA claims for that time were revised down from 62,498 to 14,292 after removing fraudulent claims. Some of the bogus claims were caught in week one while other claims were paid for up to six weeks resulting in about $40 million in fraudulent payments, which was federal funds and did not come from the state's trust fund

"With these improper payments we will also be working through these with state, local and federal law enforcement to investigate and prosecute when we have the investigations completed," said Cher Haavind with CDLE.

The department doubled its dedicated fraud staff to 10 people but said in all about 60 people are working on fraud detection efforts as part of their duties. Officials also said the state is applying for up to $2.4 million in federal funds that has been made available to help fight fraud.

Nationally, the federally-funded PUA program, which provides unemployment benefits to gig workers, independent contractors and those who would otherwise not qualify for regular UI, has been plagued with fraud, according to CDLE.

"It lacks the wage verification measures that regular unemployment has," said Haavind. "It's presented an opportunity for criminals to take advantage of a system that does not have a lot of safety measures in place."

CDLE said it's on track to roll out the new federal benefit of Lost Wages Assistance (LWA) by mid-September which offers an extra $300 per week for those who are eligible to receive at least $100 per week in benefits. CDLE said only about 6% of claimants would not meet that requirement.

For the second week in a row, initial unemployment claims were below 6,000, the CDLE announced Thursday.

The agency said there were 5,974 regular claims and 2,216 Pandemic Unemployment Assistance (PUA) claims filed during the week ending Sept. 5. There were 3,253 PUA initial claims for the prior week ending Aug. 29, which was not reported last week due to the ongoing fraud investigation.

Since mid-March, a total of 548,593 regular unemployment initial claims and 156,589 pandemic unemployment assistance claims have been filed.

Both the PEUC and SEB programs extend unemployment benefits by an additional 13 weeks. Federal Pandemic Unemployment Compensation (FPUC), the extra $600/week federal benefit payment, was paid to all claimants eligible through the week ending July 25, which was the expiration set by Congress.