As Colorado unemployment fund near empty, benefits continue to be paid

The fund is expected to run out of money by July and the state will then borrow from the federal government to pay claims. 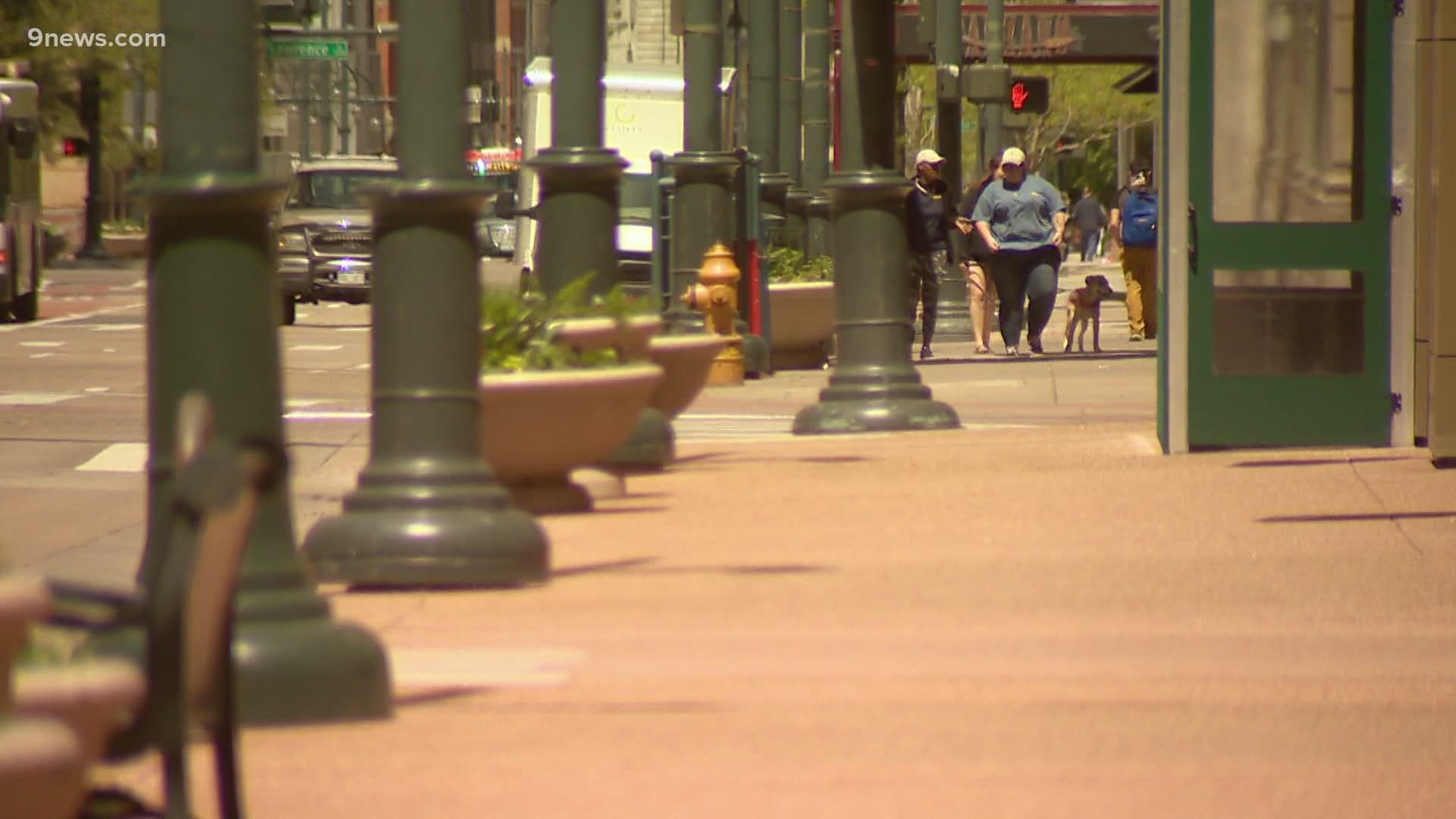 DENVER — While still at an unprecedented high, the number of regular unemployment claims declined slightly for the fourth week in a row, according to new data released Thursday by the Colorado Department of Labor and Employment (CDLE).

The department said there were 22,483 initial regular unemployment claims filed the week ending May 9. That's compared with 28,164 the week prior which ended May 2.

Between May 3 and May 9 there were 9,125 Federal Pandemic Unemployment Assistance (PUA) initial unemployment claims (gig worker self-employed). Over the past eight weeks a total of 387,975 regular unemployment initial claims have been filed and a grand total of 451,155 claims including federal PUA benefits.

During the week ending May 9, $96 million in regular employment insurance benefits was paid out. During the entire month of April, CDLE said about $315 million was paid out for regular benefits.

Colorado's unemployment fund is expected to drop from $1.1 billion in March to an estimated deficit of $7 million by the end of June.

That's according to projection from the Joint Budget Committee (JBC) which also has the state's unemployment fund in the negative by $2.477 billion by June 2022.

Will benefits continue if the trust fund runs out of money?

Cher Haavind with CDLE said Thursday they expect the fund to remain solvent through the end of June or early July. Once the money in the fund runs out, she said, they would continue to pay claims by borrowing money from the federal government.

She said the federal government has offered all states 0% loans to continue funding employment through the end of 2020. Haavind said the state has had to resort to borrowing before in the 1980s and during the Great Recession ( 2009-10) and noted they've never failed to pay out claims.

The trust fund is supported through premiums paid by employers and in addition to borrowing, premiums could be increased in an effort to bring the fund back to solvency. It's too early at this point, she said, to speculate on what premiums might look like.

I requested a callback, why have I not received one?

The CDLE is receiving around 400 calls per day, which causes a delay of up to five business days to receive a callback. The call center has tripled its staff and hired an additional 90 agents.

"Even with that, we continue to have sustained pressure on the call center," Haavind said.

She also noted the call back request is for issues related to an initial claim and not existing ones due to the strain on staff. She said they were also working to add new technology to its website so that people won't have to call and wait on hold, but did not provide any specifics or a timeline on when that might be up and running.

There's also now a form online that can be used to request a callback.

> Click/tap here to find that form.

There are also options to use the chatbot on the website or to attend a virtual town hall. She said people invited to attend those hour-long sessions had called in and were notified about the meeting based on the type of issue they were having. She said they hope to gather people together with similar issues to resolve their issues in a group setting.

Have you seen any reports of scams related to unemployment?

Haavind said they hadn't seen a lot in Colorado but in other states, people were reporting random calls from people asking for information to help assist them with their claims.

She also said groups popped up on social media where people were offering to help people apply for unemployment for a small fee.

"We will never call to verify personal identifying information," she said."Second, you do not have to pay a fee to file for unemployment. But in these times, people are anxious and desperate and willing to do what it takes if it means perhaps getting a benefit quicker."

What are the options for people who feel unsafe returning to work?

An emergency rule was adopted April 27 to ensure that workers, and particularly workers who are vulnerable individuals, are not in danger of losing unemployment insurance eligibility for refusal to return to COVID-19-related demonstrable, unsafe working conditions.

> Click/tap here for FAQs about return to work.

CDLE now has a form on its website for job refusals on its website. She said they received nearly 600 job refusals from employers. Haavind said that wasn't necessarily 600 people because a single employer could have multiple workers refusing to return to work.

She said industries represented in the refusals include workers at restaurants and dental offices and that they were working through those refusals to determine who might be eligible for benefits.

"I can tell you that the reasons being given are a person's own health or safety due to underlying medical conditions or that they're caring for a dependent who has an underlying health condition and has a concern for health or safety," Haavind said.

Those who are called back to work are required to notify CDLE and benefits will be temporarily stopped while the claim is investigated. A worker can't simply say they're scared and have their benefits continue, according to CDLE.

They'll investigate the type of job and its risk and what steps the employer has taken to increase safety such as social distancing, face covering requirements etc.

My benefits say they have been deposited, but the money is not in my account?

You should see benefits in three days, it's typically on the third day or around the third day. You should receive an email if there is an expected delay.

What if a person makes more on unemployment than working?

There is a percentage of claimants making more on unemployment than their typical wages. Preferring to stay on unemployment benefits rather than working will not be accepted as a reason to continue receiving benefits. CDLE report that there has not been a widespread problem of people who don’t want to go back to work because they make more on unemployment.

How long do unemployment benefits last?

Are there jobs available?

Thousands of jobs are listed on the Connecting Colorado website, which offers resources provided by the state.