The much-needed update comes as the state waits for guidance to implement several new or extended federal benefits which are part of the second stimulus deal. 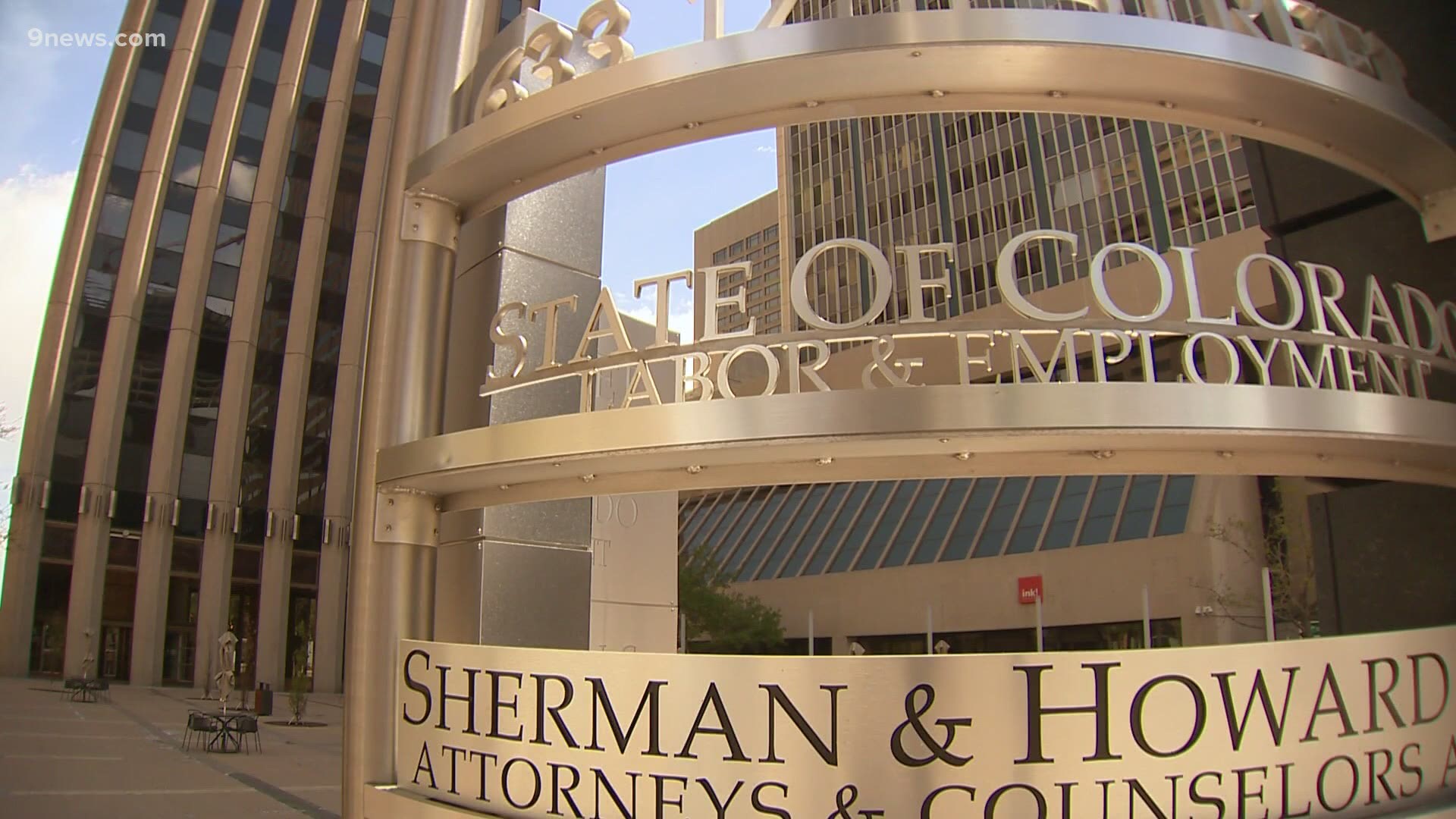 COLORADO, USA — Colorado's unemployment system will go offline later Tuesday for an update as state labor officials wait for federal guidance before they can implement updated federal benefits that were provided as part of the second coronavirus relief bill, which was signed into law in late December.

The first round of extra federal unemployment benefits, which included an extra $600 per week, expired at the end of 2020.

The act also provides eligible claimants with an additional $300 weekly benefit for 11 weeks under the Federal Pandemic Unemployment Compensation (FPUC) program, however, due to the timing of the bill's signing, there's a gap between when those benefits expired and when the new benefits take effect.

RELATED: Claims for US jobless benefits fall to 787,000

Once implemented, FPUC benefits will be paid to eligible claimants for the weeks beginning Dec. 27, 2020, and ending March 13, 2021. The benefits will likely be rolled out in phases, with FPUC likely to be the first of the new federal programs or extensions rolled out.

To further complicate matters, CDLE is also undergoing technology upgrades which will mean the unemployment systems will be unavailable beginning on the evening of Jan. 5 and lasting through Jan. 10.

"We will be adding staff to our third party call center for when we do bring the system back up over the weekend to handle technical questions and other claimant inquiries," said Cher Haavind with CDLE. "We'll be posting daily website updates and alerts on the progress."

Find updates on the progress here

The technology update has been in the works for years, according to labor officials, and was supposed to roll out last April. At the time the state was dealing with unprecedented unemployment claims due to the shutdowns put in place due to the coronavirus pandemic and the system upgrades were delayed.

Since the early part of the pandemic, the state has been operating with two systems. They included the outdated state system and a second system that was set up to allow for the administration of PUA claims. Once the upgrades are finished all claimants will be in the same system which will streamline the process for communication with claimants and make system reprogramming easier and faster.

Haavind said they do have a rollback option if something does go wrong and the new system isn't up and ready by Jan. 10.

"Knock on wood, we won't have to deploy that," Haavind said. "We will certainly be communicating with claimants along the way."

Those currently receiving regular unemployment benefits were asked to request payment early by Jan. 3 due to that upgrade. People on PUA and PEUC still need to wait for further direction as the state waits for federal guidance on how to implement the federal extension.

When the new system is online, all claimants will need to request benefit payments weekly, previously the request was made bi-weekly for some claimants.

CDLE has previously said that the federal PUA program was especially vulnerable to fraud and on Tuesday said when that program came to an end the state saw an uptick in fraud claims targeting its regular, state-run unemployment system.

"Since the CARES Act, what is essentially happening is the criminals are leaving one system and attacking another system," said Haavind. "The reality is the PUA system was, unfortunately, more susceptible to UI fraud but what we're seeing is now that the doors are closed on PUA and that system, they are taking the stolen identity and using it to file fraudulent claims in the regular unemployment system."

Officials also noted that scammers have been making claims using addresses of homes they believe are vacant with the hope that no one will be there to pick up the mail.

"And to mail all those ReliaCards, the hope here is that nobody is present there to actually find all those ReliaCards. So if you have people out there with homes for sale and they're not occupying it, or that they have a rental property and they're not occupying it, they may want to be checking that mail on a regular basis to see if there are ReliaCards there so they can report that fraud to us."

Anyone who received unemployment paperwork but did not file a claim, or otherwise believe you are a victim of identity theft related to unemployment benefits can go here to submit a fraud report.