Gov. Jared Polis said at his briefing Tuesday that there's been an uptick in COVID hospitalizations in the state. 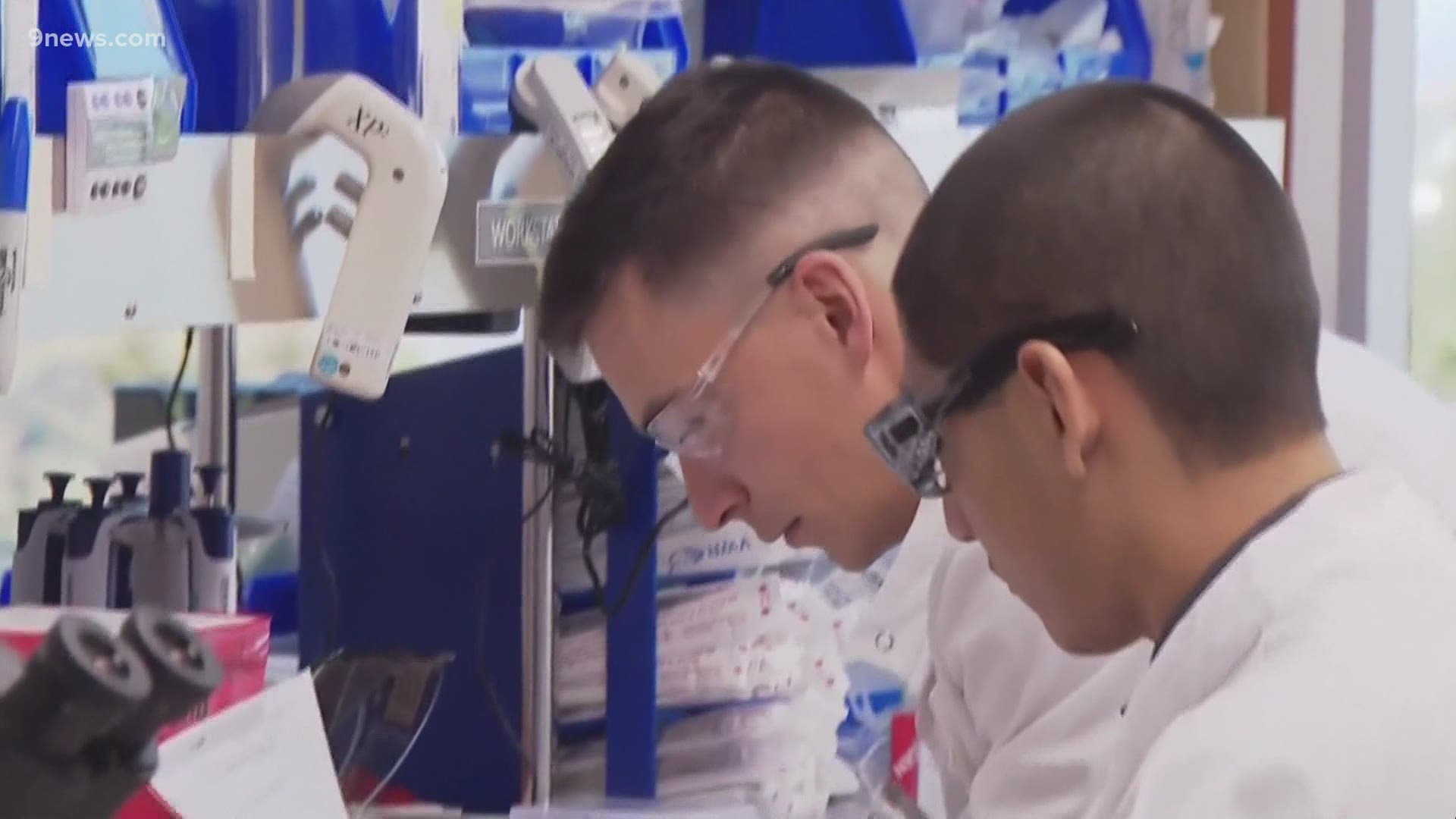 DENVER — COVID-19 hospitalizations in Colorado have increased slightly over the past few days, while overall case numbers have reached what state health officials on Tuesday called a "high plateau."

The uptick in hospitalizations wasn't alarming, but officials were worried about the trend, Gov. Jared Polis said at his briefing Tuesday at the Governor's Residence. He also said that COVID testing was down because of the weekend snowstorm, and therefore the number of new cases being detected was down, as well.

"Testing will come back online, so we should have more reliable information in the next day or two," he said.

State epidemiologist Dr. Rachel Herlihy and Dr. Jon Samet, an epidemiologist and dean at the Colorado School of Public Health, joined Polis at the briefing to talk about the state's modeling.

Herlihy said that after a steady decrease in cases after a surge late last year, the state has reached a plateau in which the number of cases was not going either up or down.

"The actions that we're taking right now are holding transmission at the level that we're currently at," she said.

>Video below: Watch the full Tuesday briefing with Gov. Polis

Samet said that currently, 1 in 350 Coloradans was infected. Last summer, the number was about 1 in 600, so the current rate of infection was higher than officials would like.

Meanwhile, the Colorado Department of Public Health and Environment (CDPHE) was seeing an increase in COVID variants in the state. CDPHE has increased variant testing to about 400 specimens per week. Of those, about 8% to 10% are positive for the B.1.1.7 UK variant, and another 20% to 22% are the California variant, Herlihy said.

Due to these factors, any immediate relaxation in measures to prevent COVID transmission could result in an increase in cases, hospitalizations and deaths, the health officials said.

"We want enough time to get off the plateau," Samet said. "The longer we wait, the more people are vaccinated. The longer we hold off on major changes, the more secure we are in saving lives."

The update came three days before the scheduled start of vaccination Phase 1B.4, which includes people 50 and older, restaurant workers, other essential workers, and those 16 to 49 years old with one eligible high-risk condition.

Polis said on Tuesday that 77% of those 70 and older have received a first dose of the vaccine. Hospitalizations were dropping faster among that age group than among the general population, which was showing the effectiveness of the vaccine, the state health officials said.

Polis said last week that the general population will be eligible to receive the COVID-19 vaccine by mid-April.

Other updates from Tuesday's briefing: