Ruby Musso, who walked into Molly’s Spirits without a mask, posted a video to Facebook that showed her getting combative with customers and employees. 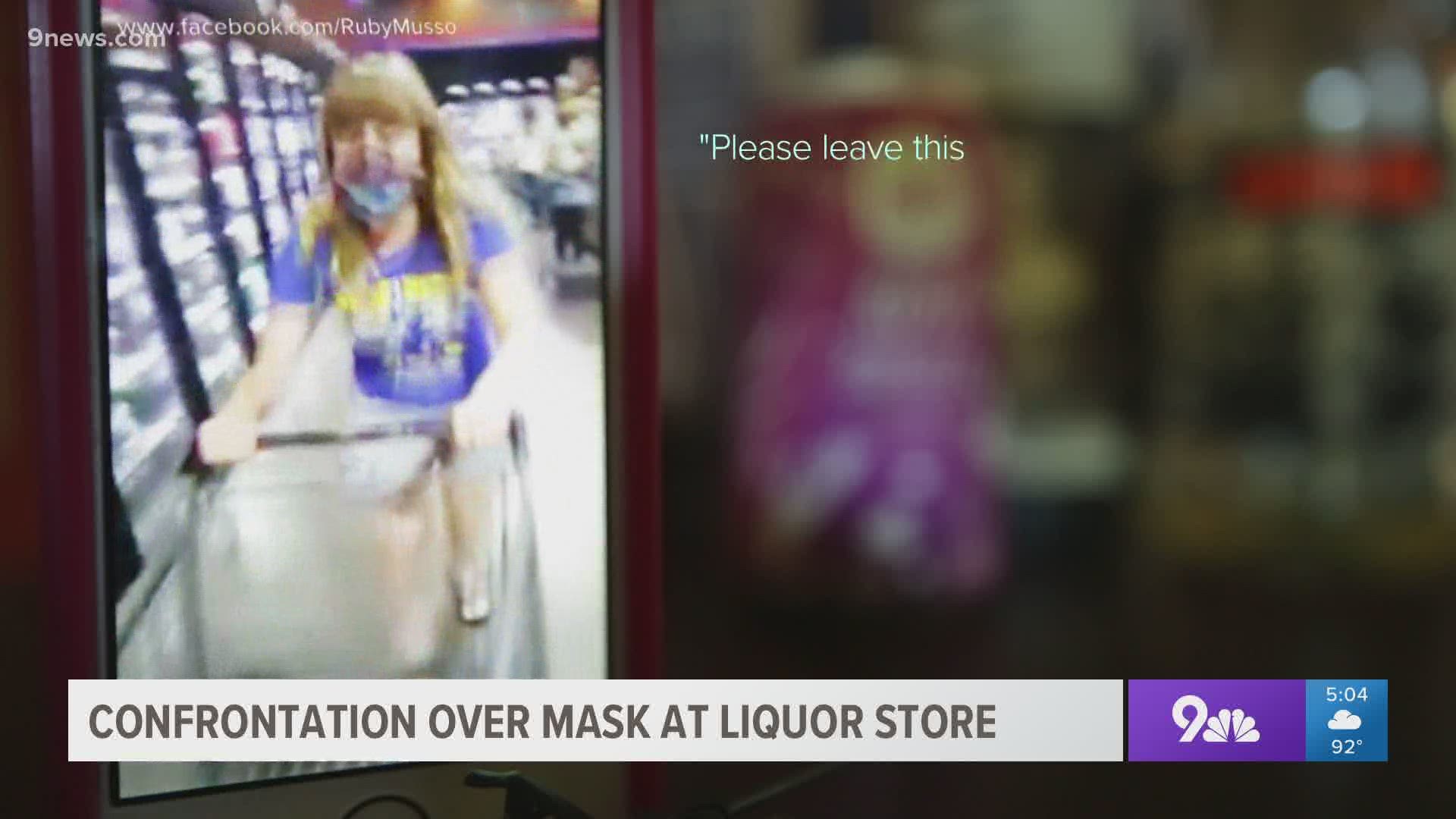 A Colorado woman posted a cell phone video of herself repeatedly challenging employees and customers at Molly’s Spirits over mask requirements and requests to leave the shop.

“I’m sorry, but under the Colorado revised state law…you actually...there’s no grounds,” Ruby Musso said on cell phone video after an employee asked her to leave the store.

RELATED: History shows opposition to mask orders is nothing new

Molly’s Spirits requires all customers to enter with a mask and will give customers a mask if they don’t have one.

Musso posted the video on July 15, one day after Jefferson County issued a mask order and one day before Colorado’s governor announced a state-wide mask requirement.

One customer can be seen rushing towards Musso with a shopping cart, which prompted her to make harassment claims.

“Nazis! Look at these Nazis,” Musso is heard telling employees who repeatedly asked her to leave.

Lakeside and Mountain View police officers responded to the shop, but didn’t cite her for trespassing.

Lakeside Assistant Chief of Police Sam Vecchiarelli said the shop declined to press charges because Musso was already outside the store when they arrived.

“[She] was argumentative with the officers," Viecchiarelli said. "The management offered to go into the store and buy her whatever she needed and bring it out to her. She didn’t want any part of that."

Musso declined an interview with 9NEWS.

“I was refusing to leave until police got there because I felt unsafe to walk through the store," Musso wrote in an email. "The mob was attacking me, and I had already been rammed with a cart by a very angry, hateful, violent woman."

When asked why she didn’t wear a mask, Musso claimed she suffers from anxiety because of trauma that occurred when she was a child.

As of this publication, it appears Musso removed the video from her Facebook page.