Polis said in a Facebook post that Colorado has seen a sustained decline in the spread of the novel coronavirus. 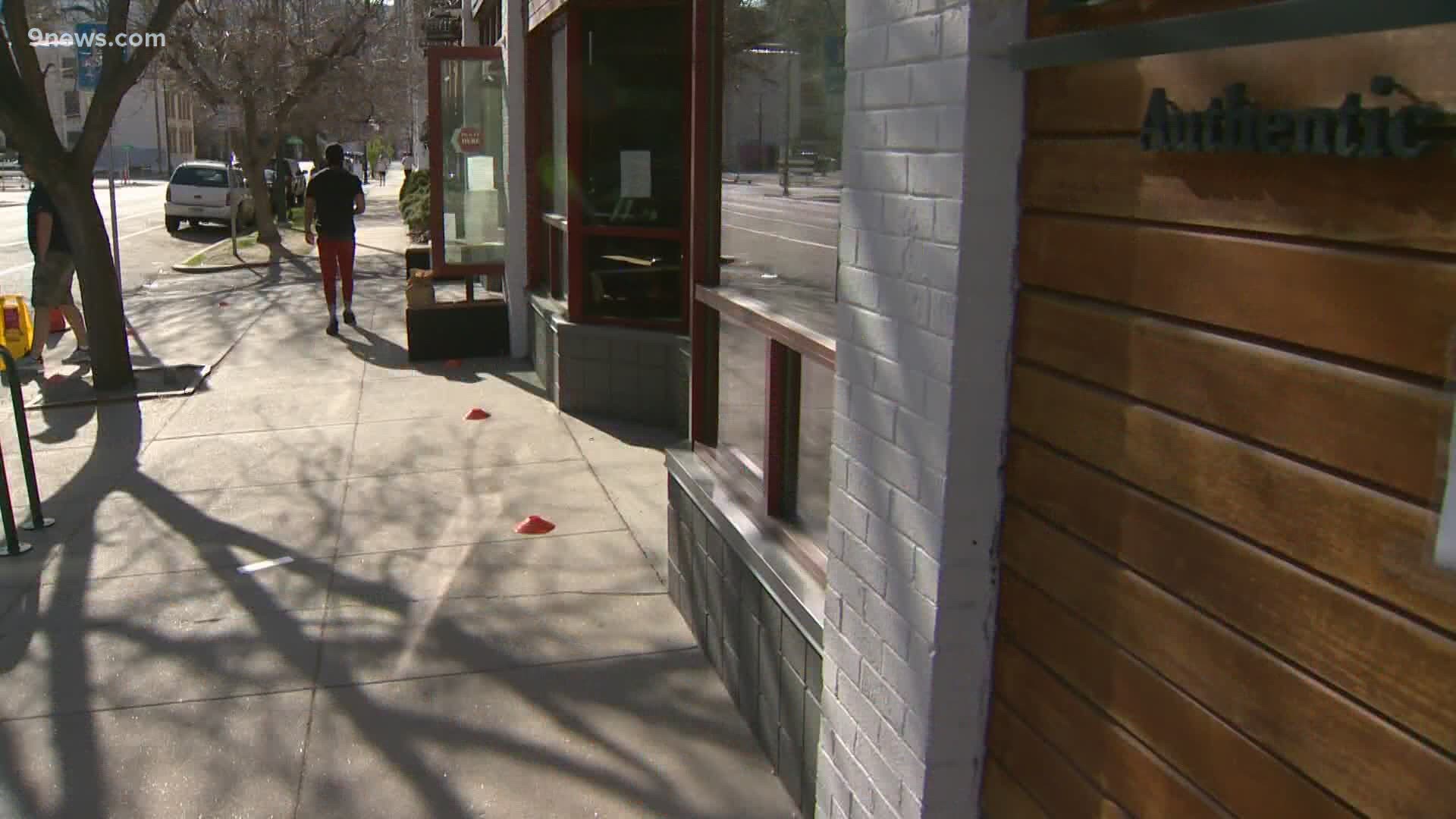 COLORADO, USA — Public health restrictions are set to be eased in much of Colorado on Monday as 33 counties in the state move from Level Red restrictions to Level Orange.

The executive director of the Colorado Dept. of Public Health & Environment (CDPHE) said in an emailed statement last week that, "in general, [counties] restricted in level Red have reduced viral transmission to a point where we can provide economic relief and move them into level Orange."

The statement came after Gov. Jared Polis (D-Colorado) on Wednesday asked CDPHE to move Colorado counties that are currently in Red on the COVID-19 dial down to Orange, according to a post on the governor's Facebook page.

This is due to a sustained decline in cases of the novel coronavirus, Polis said in the post.

"The 13-day decline in number of cases is a strong indication that we are moving in the right direction. Coloradans have been successful in slowing the spread, and we need them to keep following public health protocols-- like continuing to only interact with those they live with, especially through the holiday. In general, [counties] restricted in level Red have reduced viral transmission to a point where we can provide economic relief and move them into level Orange, recognizing the fact that economic hardships also cause poorer health outcomes. We plan to work with local public health agencies on the next steps. Counties are always able to set more restrictive orders than the state if they so choose."

> Video above: Next phase of COVID-19 vaccine distribution expanded.

Denver, Adams, Arapahoe, Douglas, Boulder, Broomfield, Jefferson and Clear Creek are among the counties that moved to Orange Jan. 4.

In counties that are in level Red, all restaurants have to temporarily close to indoor dining, but takeout is still an option. Outdoor seating is also an option, but is limited to single-family seating, not groups. Last call is at 8 p.m.

> Information on the different restrictions for each level can be found here.

Gyms are able to remain open, but are limited to 10% capacity with reservations.

Ski resorts are able to operate under level Red, but under stricter restrictions such as no indoor dining, and lower capacity in buildings, according to CDPHE.

Under level Orange guidelines, restaurants can operate at 25% capacity with a maximum capacity of 50. Gym capacity also increases to 25% or 25 people indoors per room.

It's also worth mentioning that, under CDPHE's county 5 Star variance program, certified businesses in Orange counties can operate at Yellow capacity levels.

> More information on the 5 Star program can be found here.

CDPHE said that counties that moved from Red to Orange levels this week will need to maintain a seven-day Orange level average incidence trend to operate under Yellow Level restrictions.

"We are acting on good evidence from Thanksgiving," he said. "Coloradans by and large did the right things for Thanksgiving. Doesn't mean everybody did, but collectively, the data proves the point – we did not have a significant bump from Thanksgiving, other areas of the country did. We are hopeful that that is the same."

Colorado's seven-day, moving average positivity rate has increased slightly this past week, from 6.09% on Monday, to 6.29% on Tuesday, to 6.6% on Wednesday, according to the latest CDPHE data.

Asked if he was concerned about the change, Polis said, "The positivity rate over the last week is up a little bit because of decreased testing, not because of increased incidence of virus. And that's understandable. People just dropped off testing Christmas and the day after, New Year's."

"We have a high incidence of the virus, but a downward trend in hospitalizations that continues, and we'll have to react to the data in real time and make the best decisions we can at any point we can," Polis said.

That echoed his Wednesday night Facebook post, which says, "In reviewing the data today, Colorado has been in a sustained decline for 13 days, and only 73% of ICU beds statewide are in use," Polis' post reads. "This is a direct result of Coloradans stepping up and taking the steps to protect themselves and others."

Some city mayors said Wednesday night that there was no notice Polis was moving counties from Red to Orange.

Arvada Mayor Marc Williams, chair of the 38-member Metro Mayors Caucus, told Kyle Clark he supports the move to level Orange, but called the lack of communication from Polis "more than frustrating."

RELATED: In letter to Polis, groups say they're tired of being surprised by health decisions

"We told the governor earlier that we were not happy with his unilateral announcements without giving us a heads up; he has now done it again," Williams said.

Polis said in a 9NEWS interview that "people were generally aware we were looking at timing for Orange."

"Some of them were ready to move into Orange around that timeframe," he said. "Some it might have been a week different either way."

Polis added that the "health reason" for doing so is that some counties going to Orange have indoor dining and others don't.

Polis said his office was aiming to keep cohesion as a metro area and a state.

"We want to...not put small businesses in one area at a disadvantage over others and not encourage the very sort of thing that we don't want, which is people traveling around and potentially going from high infection areas to low infection areas and infecting other people," he said.

These are the counties that are currently under level Red restrictions: