After 7 weeks on a ventilator, COVID-19 patient and pastor released from the hospital 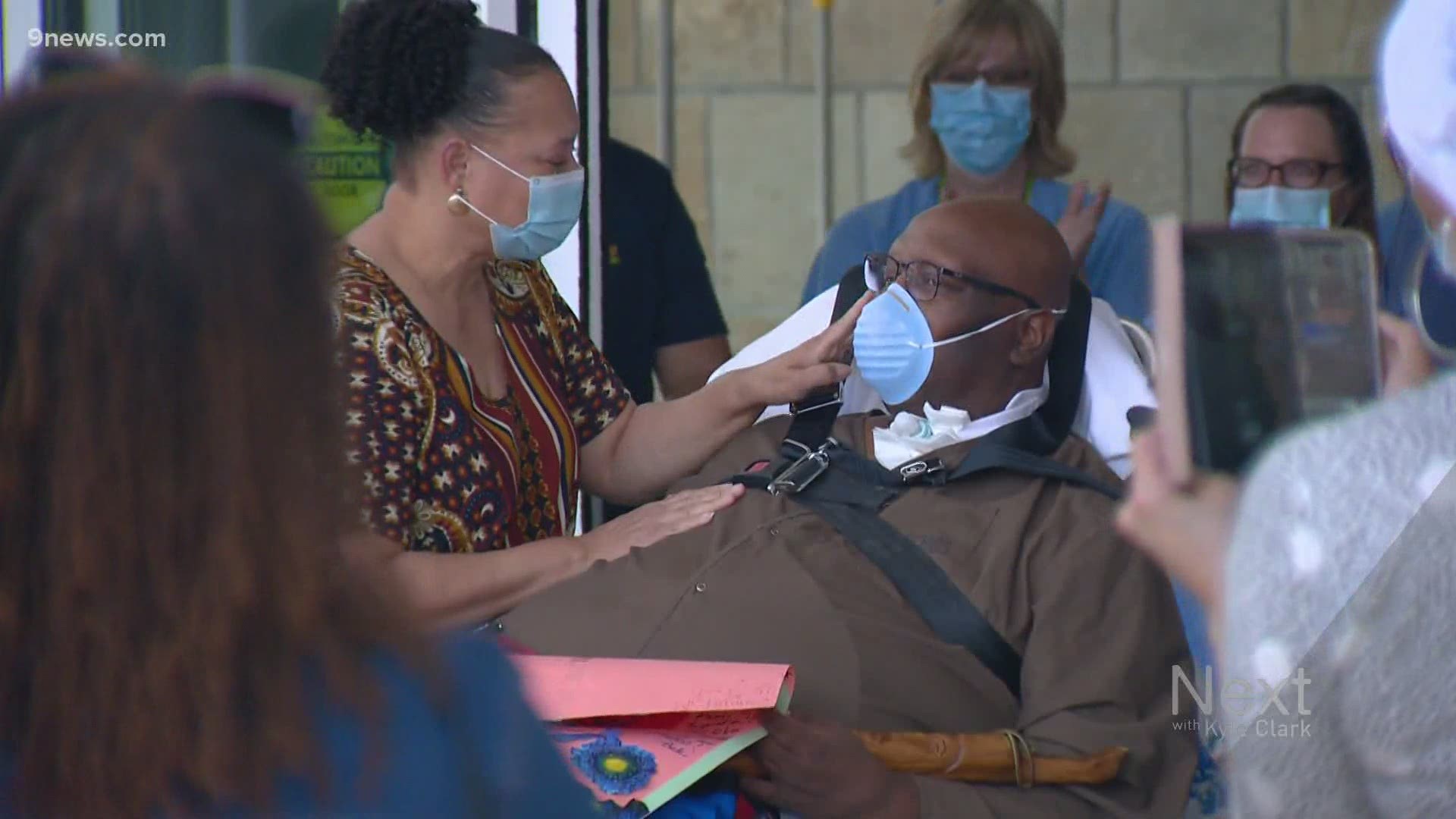 AURORA, Colo. — After dedicating a lifetime to his community, his community was there for him when Rev. Terrance Hughes was released from the Veteran's Affairs (VA) hospital in Aurora on Wednesday.

Hughes, nicknamed "Big T," is a well-known minister at New Covenant Christian Church/Alpha Omega Ministries Disciples of Christ, in the Five Points area of Denver, as well as a local civil-rights leader. Up until March, he was also running for a seat in the Colorado State House. Then, he became the VA's first COVID-19 patient.

He was admitted to the hospital 60 days ago and spent nearly seven weeks on a ventilator. The reverend was in the ICU for so long, even doctors said it was extraordinary that the day came he could leave the hospital.

Wednesday afternoon, the hospital staff, and Hughes' friends and family, lined the doors of the hospital, receiving a veteran who recovered from COVID-19 stronger than doctors thought possible.

"The poor, the oppressed, the needy, the homeless, anybody who doesn't have a voice for themselves, he has a big heart for that," she said.

Rachel Hughes had been waiting for the day she could be near her husband again.

"It's a long time not to be near somebody," she said hours before his discharge. "Even if it's from a distance, I get to see him, and I have to hold back the urge to hold back and kiss all over him and hug him."

Rachel Hughes had strict rules not to get close to Big T until after 14 days of rehab quarantine are over. But, when she saw him, she couldn't resist having her husband so close. Rachel Hughes gave him a hug in the bed he was wheeled out on to leave the hospital.

She, too, fought off COVID-19, while Big T was in the hospital battling the same virus. And on the day he left, with family and friends there to greet him, the man who never thought twice about helping other people receive that love back when his family needed it most.

"Grateful, so grateful that people would care that much because he pours his heart out and is all out for the community, so it's very nice to see it being poured back into him when he needed it," said Rachel Hughes

Big T went straight from the hospital into rehab, where he'll be in quarantine for two weeks. Then he'll be able to go home.