COVID-19 relief is on the way to India but more help is needed. Here's who to trust when donating

According to Shabnam Modgil with the India Association of North Texas, a person is dying in Delhi every four minutes. 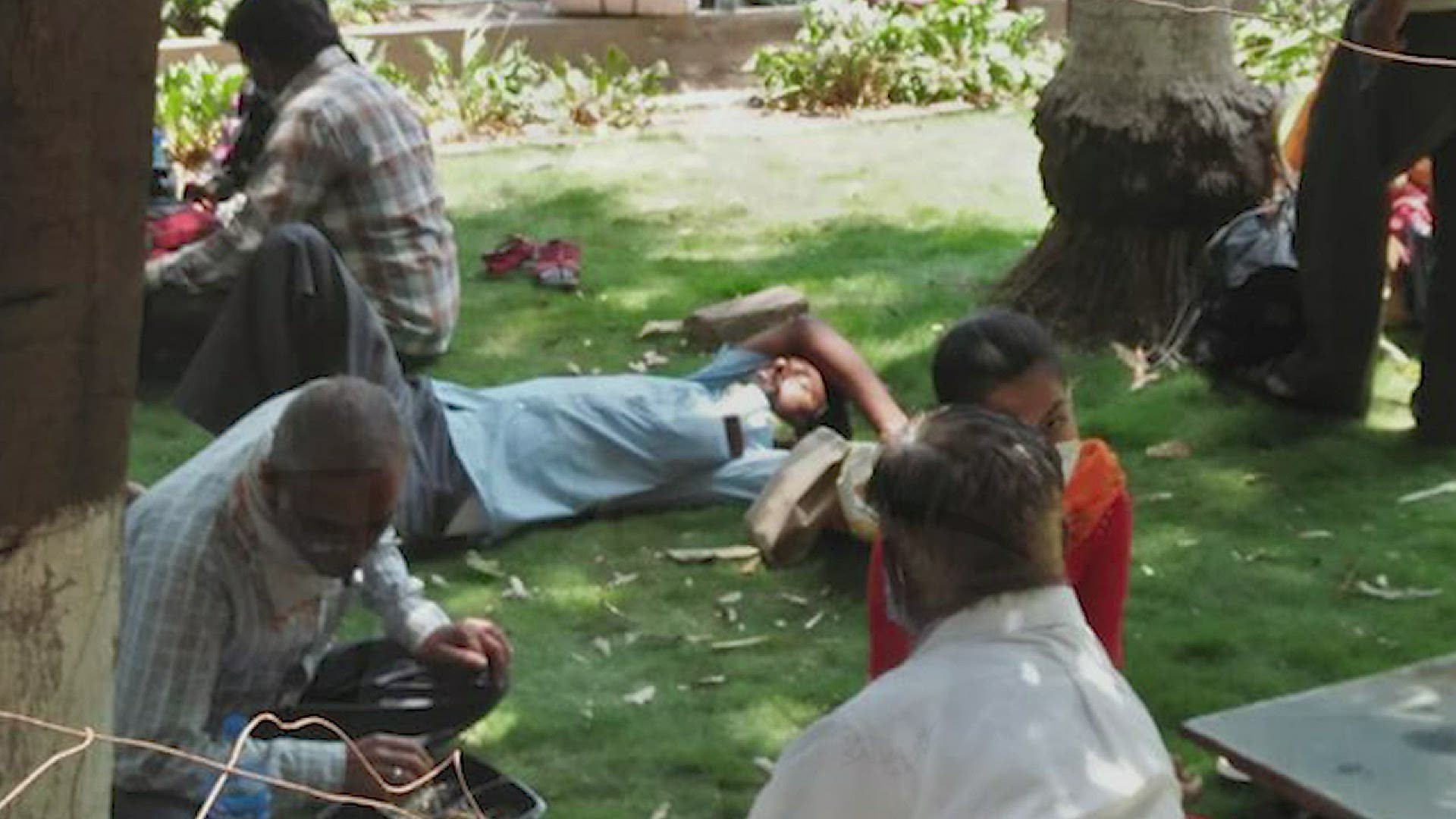 RICHARDSON, Texas — As India continues to set global records for new coronavirus cases, and with its daily deaths totals tripling in the past three weeks, other countries and nonprofits are working to send help.

“Everyone is exhausted. Everyone is helping,” said Major Joan Gibson, with Salvation Army International.

“They need to fill their oxygen tanks, 57 of them every day. They only have 16. so they spend their time in cues to fill them up,” said Gibson.

According to Shabnam Modgil with the India Association of North Texas, a person is dying in Delhi every four minutes.

"It’s time to get help to India right away,” said Modgil, the trustee for IANT.

Then, as the intensity of the surge has the country’s already teetering health system under immense strain, a 6.6 magnitude earthquake hit Assam on Wednesday morning.

“It’s back to back. It’s hard for the Indian population,” said Shailesh Shah, the president of the India Association of North Texas (IANT).

Members of the organizations are checking in with loved ones constantly as they track the devastation across India.

“A lot of people are getting into the ambulance, and before they checked in, they die in the ambulance itself,” said Shah.

Many across North Texas want to help, but also want to ensure their money directly benefits India.

Some trusted organizations include:

How your donations help

This money can help aid organizations send equipment and supplies to the disease ravaged country.

“We are planning to send another 30 ventilators, plus 200 -300 oxygen concentrators,” said Ashok Kumar, the founding chairman of U.S. India of Commerce.

Adding to the stress, the surge and subsequent closures are making it hard for some in India to pay their bills or afford to feed their families.

“Across India, there are lockdowns and curfews in place, which means the workers that will be selling the vegetables and food on the streets, the money they would gather would be going to their families to put food on the table. They can’t even do that," said Modgil.

The organization plans to send more supplies on Monday.