Vaccine developers are focused on attacking sections of the virus' spike protein that haven't been affected by mutations. 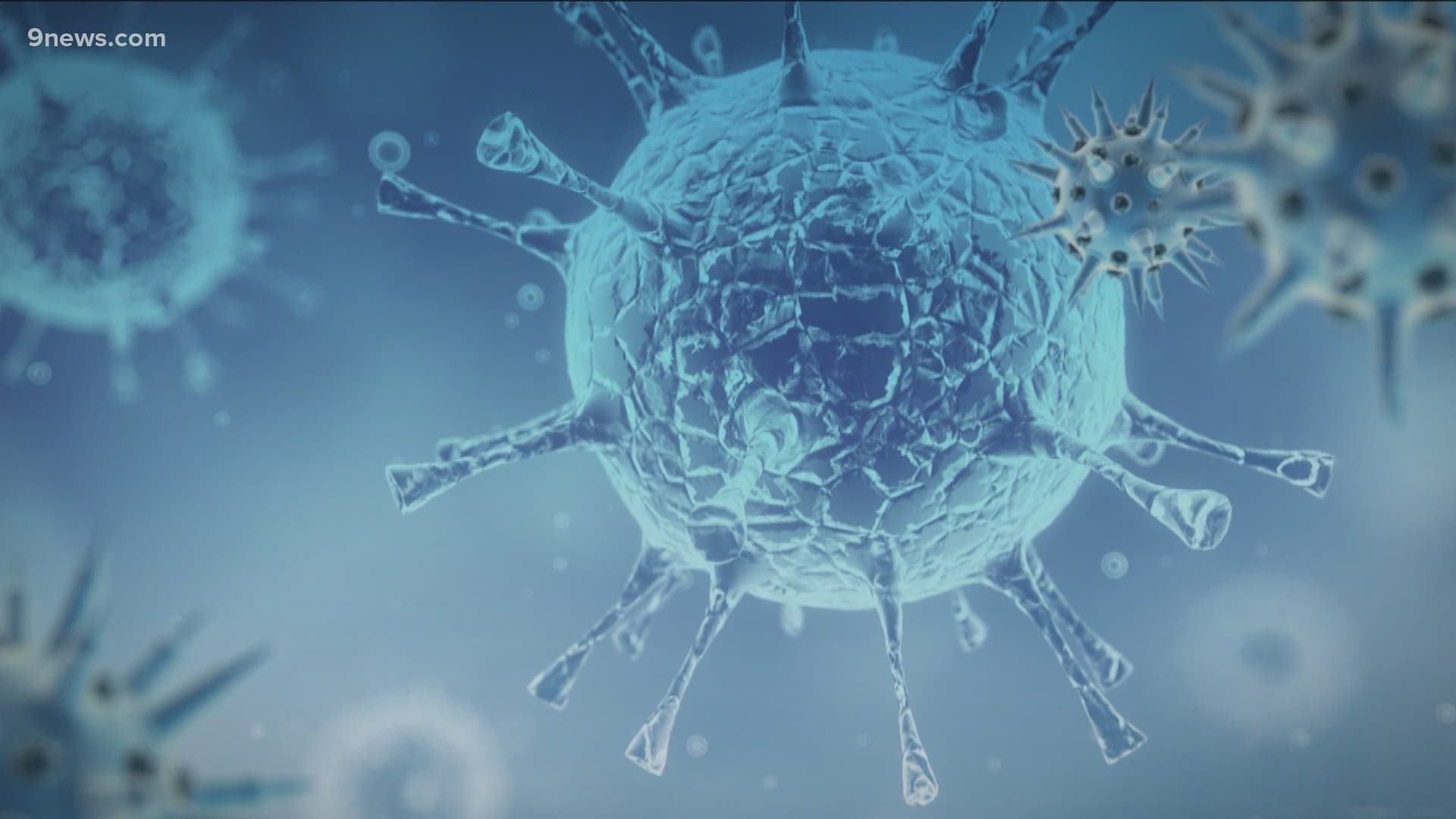 DENVER, Colorado — Like all living cells, the chemical makeup of viruses mutate. In some viruses, it happens frequently, like influenza.

“The best information we have is with influenza and clearly we know we have to get a shot every year because of that and we would assume that coronavirus probably also have some level of copying errors,” said Dr. Michelle Barron, medical director of Infection Prevention and Control at University of Colorado Hospital.

The virus that causes COVID-19 is not, as far as researchers know, mutating as frequently as influenza. But when it does, it's important to know how drastically it's mutated.

“Because if it mutates enough, then immunity – which we still don't really know whether you're going to be immune anyway – but immunity certainly goes down significantly if it changes," Barron said. "And then also from the perspective of vaccine development, that’s something that again we want to keep track of.”

Barron remains hopeful that mutations won't severely affect vaccine development. Vaccine developers are focused on attacking sections of the virus' spike protein that haven't been affected by mutations. So far, so good.

“From the vaccine development standpoint, I think they're probably still on track and they're going to be OK,” Barron said.

She said researchers have been keeping an eye on people who get sick twice, a possible sign that immunity is not certain. It’s a clue that could help researchers track down mutations and make changes.

“The way they can tell that they've been re-infected is that they have the original virus strain and then they check it against the new one and they can say it's not the same one that they had before,” she said.