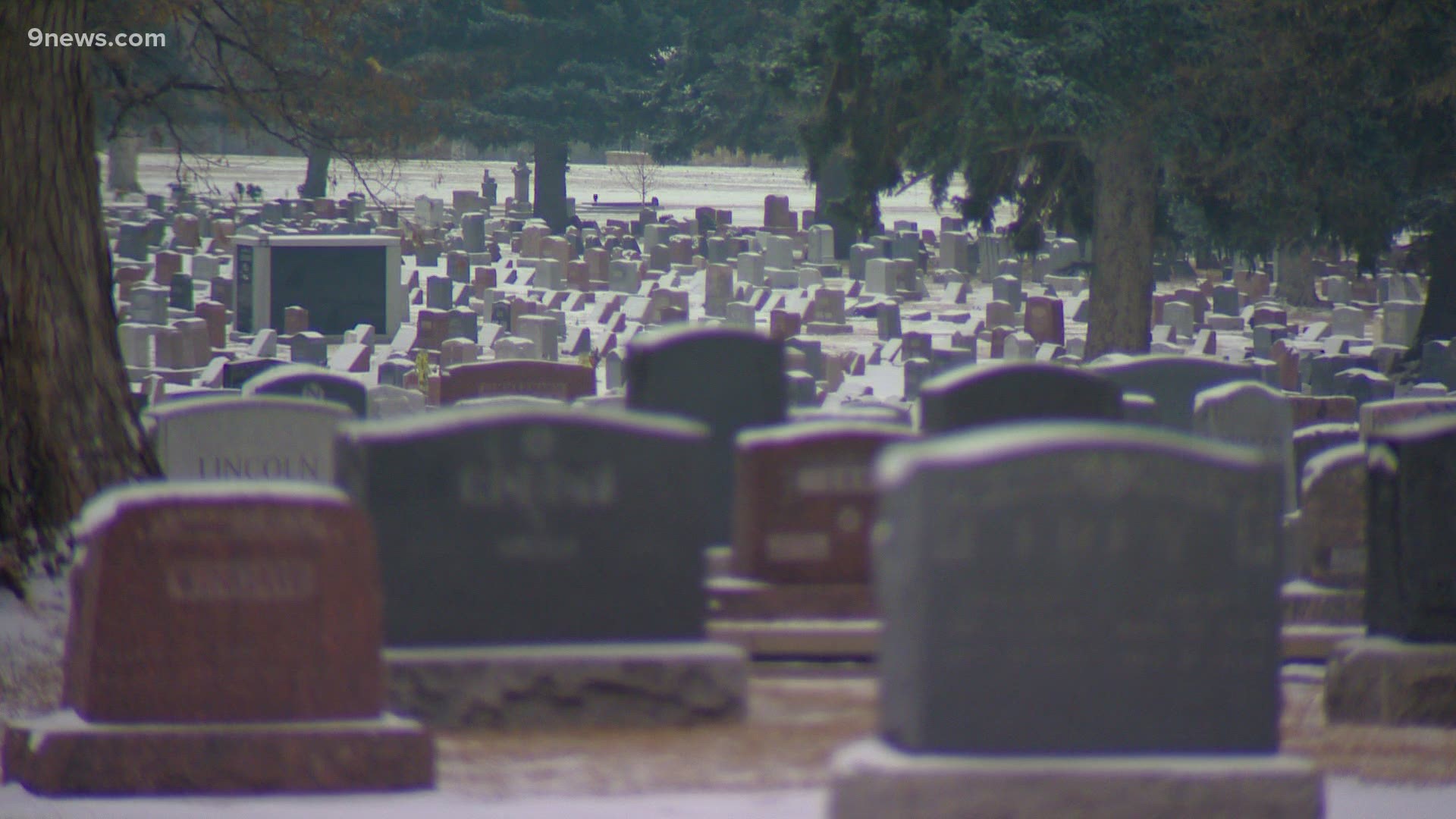 WHEAT RIDGE, Colo. — During the year that COVID-19 changed lives, it also changed death and the way funerals had to be run by people like Shannon Martin.

"Every other situation I can think of in the 20 something years I've been helping families, nothing's ever been like this," Martin said.

"We had to navigate to how we could still have families gather together in a meaningful way though they were restricted with numbers," Martin said.

"He wasn't perfect, but he was close to it," Barbara McCoy said.

RELATED: A global pandemic through a funeral home director's eyes

Credit: McCoy family photo
Barbara and Frank McCoy were married for decades before his death from COVID-19.

She married Frank McCoy more than 52 years ago. It was Barbara's second marriage. She already had two young sons. Frank was an Army veteran who grew up in Denver.

"He worked at Keebler Company for almost 38 years," Barbara said.

She said he always smelled like cookies. Barbara said Frank loved NASCAR and working in the garage. She said he loved his family.

"I want the whole world to know what a wonderful man he was," Barbara said.

They lived in the same house in Northglenn for nearly 50 years. He lived there even though he was dealing with cancer of the small intestine.

"For the last three-and-a-half years, he'd been every three weeks, he's going to chemo," Barbara said.

He was at home even when Frank was dealing with COVID-19.

"I really thought he was going to make it through, but the next night he passed away," Barbara said.

Frank died Nov. 12, but his funeral had to be delayed a month because Barbara got the virus too. She had to grieve his death while under full quarantine, separated from her family at a time when she said she needed them the most.

Credit: Tom Cole, 9NEWS
Barbara McCoy was in isolation with COVID-19 following her husband's death, and was unable to be with her family and friends when she needed them most.

Martin said memorials and funerals are more than just ceremony.

"For people to gather together, to show support and sympathy to those who have had a loss is really healing for that family," Martin said.

With COVID-19 restrictions still limiting the ability to hold a full memorial service, Barbara feels those who died like Frank deserve more.

"You want to honor that loved one in a very special way, but you can only do so much," Barbara said. "I wanted everyone to be there, but I didn't want them to be put at risk."

Martin said during the pandemic families would postpone funerals thinking restrictions will be lifted only to never have the ceremonies at all.

"It could be as simple or as grand as the family wishes, but just taking for granted that that was even an option, seeing that taken away in the sense that we know, it just made me personally value it that much more," Martin said.

One year after the pandemic started, funerals may be different. But, for people like Barbara, the grief remains the same.

"He's just a wonderful man," Barbara said. "My heart goes out anyone that goes through this."