COVID-19 recoveries: revisiting with patients who beat the virus

We first met these patients when they were sick. Now we check in, to see how recovery is going 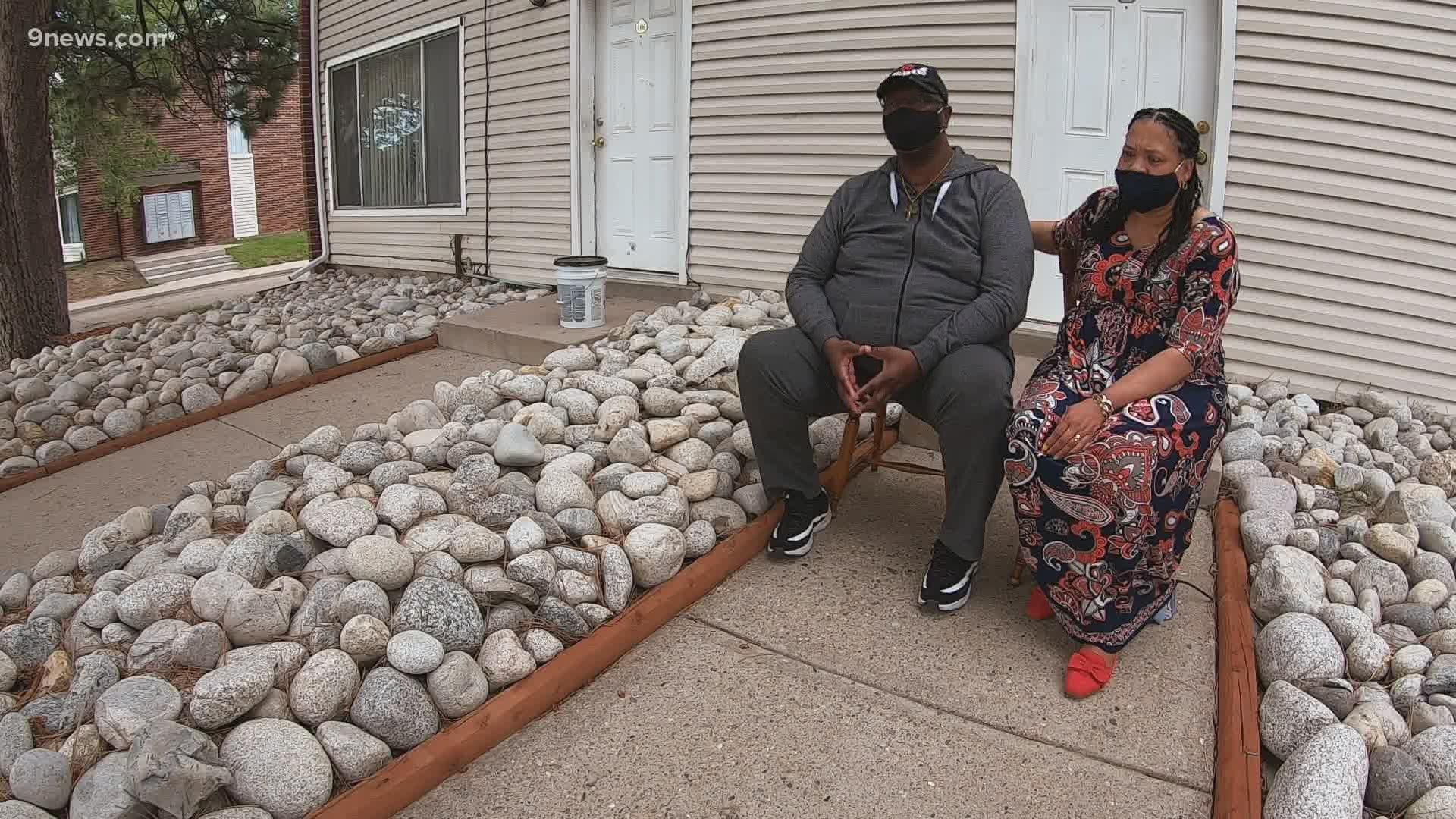 DENVER — Throughout this pandemic, 9NEWS has shared many stories about the people fighting COVID-19 and winning the battle.

Many recovered at home, but some spent weeks in the hospital.

Their homecomings were often celebrated with cheers and tears, shared with nurses, doctors, and loved ones ready to bring them home.

Weeks later, we check back in with a few patients whose stories made headlines.

It was early March when Terrence Hughes first felt sick. The Denver-based pastor and civil rights leader was running for political office. His usually busy schedule screeched to halt when he was admitted to the VA Hospital with COVID19.

“Before I went under, I didn’t realize it was that serious,” he said. “I thought I’d be out for a little bit and come right back. Then you know, two months later I wake up.”

Hughes, known by many as “Big T,” spent two months in the hospital and required a ventilator to keep him alive. His wife, Rachel, said doctors warned her he might not survive.

RELATED: After 7 weeks on a ventilator, COVID-19 patient and pastor released from the hospital

“I think the turn of events came when they started talking to me about DNRs [do-no-resuscitate orders], we were scared his heart is going to stop,” she remembered.

But Big T pulled through. He was released from the hospital in early May. After spending some time in a rehabilitation center, he was finally cleared to continue his recovery at home. Healing has been a slow process.

“I was already dealing with some things as a disabled vet, but those things are heightened, extremely due to COVID,” he explained. “I had to relearn how to walk again, I couldn’t walk. How to use my hands. [After COVID] I used to have extreme tremors, where feeding myself was difficult It was almost like I had Parkinson’s, my hands would shake so bad.”

His therapy appointments continue this summer. And Big T’s schedule remains much quieter than he would like.

“I’ve been pretty homebound for the most part,” he said. “With all the dynamics going on in the world and our community, normally I would be out playing a part, playing a role trying to help. To not do that is tough. To not be out there to support, to help, has been really challenging to me.”

Instead, he’s soaking up the extra time with family. The Hughes just celebrated their 19th wedding anniversary and bought a new home. Next year, as they reach 20 years of marriage, they plan to renew their vows.

Rachel was also sick with the virus earlier this year, but never required hospitalization. The Hughes are following the science closely, and said they worry that even people who have been sick once could get sick again. They wear masks and encourage others to do the same.

They also said they are grateful for the medical providers who saved Big T’s life.

“I learned that, in order for us to get through this, we have to depend on each other,” he said. “I learned to be vulnerable and trusting, and I think that’s so important as we look at this world today.”

But this spring, it was her own child that needed medical care. Her four-year-old son Lincoln was diagnosed with COVID-19 and spent a week in the hospital. She blogged about her experience as both a parent and a doctor, now with a personal connection to the virus.

Her husband also tested positive for COVID-19, and was able to recover at home. Dr. Zimmermann and the couple’s two daughters never showed any symptoms and felt fine. Today, the whole family is healthy again.

“Lincoln is doing awesome today. He is essentially back to normal. He’s his regular 4-year-old self. He’s snarky, he likes to sleep in and he likes to snuggle,” she said.

The kids are spending their summer riding bikes, hiking at altitude, and enjoying socially distant activities like visits to the zoo. Zimmermann said she is grateful that COVID-19 hasn’t caused any obvious long-term problems in their family.

“COVID is really personal. And how it affected me and my family is personal to us, and how it affects another family is personal to them,” she said. “You don’t really realize the ramifications of COVID until it hits your family and so I feel like I have a lot of respect for this virus, I felt like I had a lot of respect before, but now I have it even more.”

As both a doctor and a parent, she said she still has so many questions – and reservations - about the virus.

“In some ways, I feel like, oh, Lincoln had it, our family’s been exposed to it, we made it through. In a little bit, that’s reassuring, right? But then you hear reports that people are getting it for the second time, and the second time they get it – it’s worse,” she said.

Things changed by March when he was hospitalized with COVID-19. He spent two months in the hospital battling the virus and infection. He needed a ventilator to survive. After he was released from the hospital he spent two more weeks in a rehabilitation center.

“I’m doing pretty good,” McDonald said, after weeks. “It’s been a long haul and things have gotten a lot better for me. And I’m just happy to be alive.”

McDonald is still healing from several complications, including the loss of sight in one eye, nerve pain in his feet and additional surgery to help fight an infection. This week, he finished his final physical therapy session.

Coach Mac said he looks forward to coaching basketball again, but he’s not in a rush to get back on the court yet.

“I miss my kids a bunch, but that is not something I’m looking to do right now,” he said. “Just because I need to heal and build up my strength and I don’t want to be around kids that will possibly get me sick again.”

McDonald and his wife Cheryl said they have slowed things down and want to know more about his possible risk of exposure again.

“We’re just trying to roll out normal things slowly, but really watch, pay close attention, talk to the doctors,” Cheryl McDonald said. “What’s really all we can do, do the best we can do with the information we have right now.”

Coach Mac encourages people to be “cautious and considerate” of others, to wash hands and wear masks.

“I think it’s a small ask to save many lives.”