After weeks on a ventilator, this COVID patient's family worried he would die. He began to recover instead

Don Carson, 62, spent weeks on a ventilator after he was diagnosed with COVID-19. His family considered removing the machine to let him pass away peacefully. 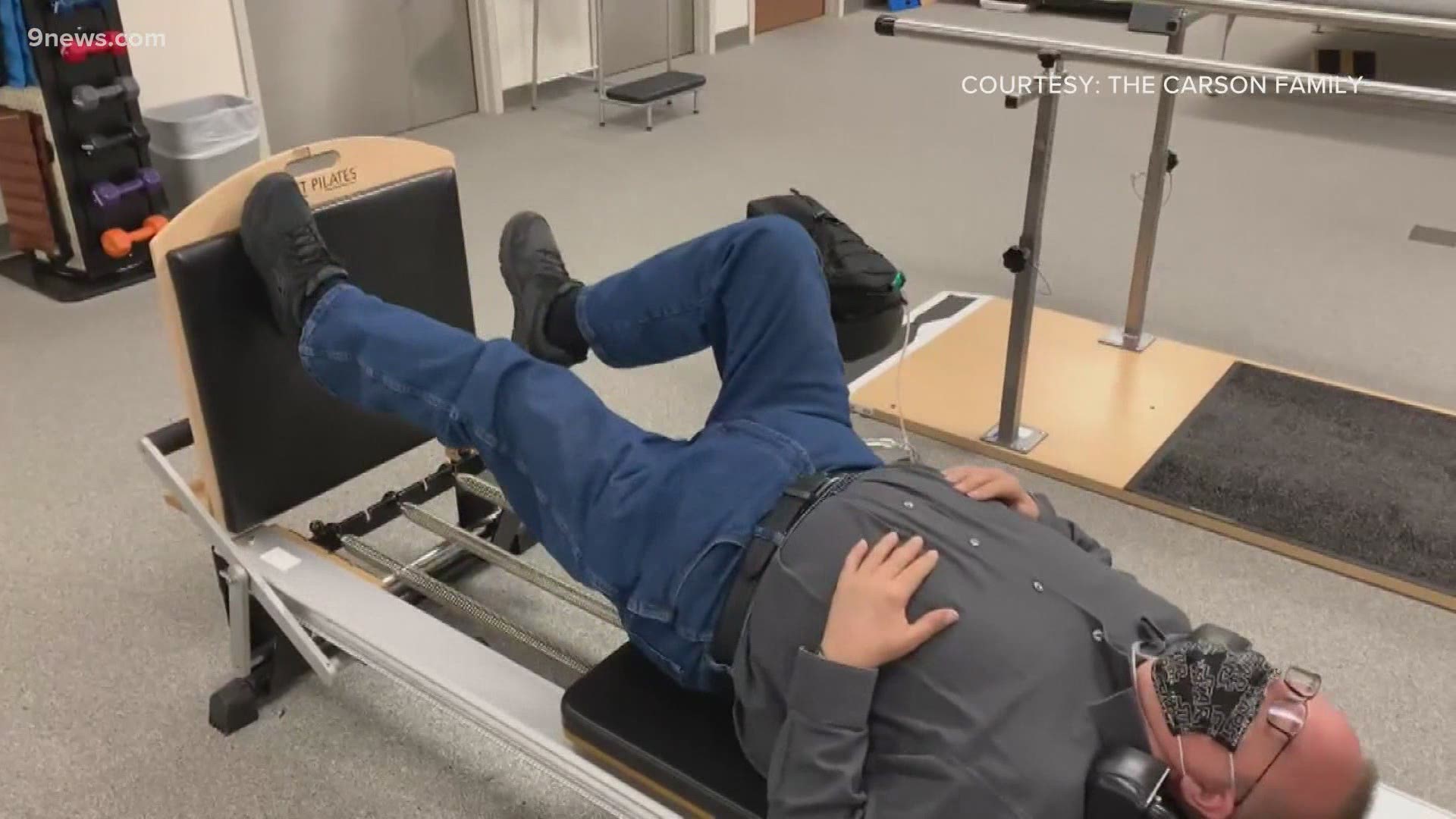 GREELEY, Colo. — As now-62-year-old Don Carson lay paralyzed on a ventilator from a COVID-19 infection that left him in the hospital for weeks, his family grappled with the type of decision that no one ever wants to ever make.

Doctors had said his oxygen was declining, and his family had been asked if they would remove the machine that was keeping him alive.

“It was either his organs might just stop, or we might collapse his lungs … and so the doctor basically said ‘I think you guys should come in and say goodbye,’” Carson’s daughter Christy Taylor said. “We came home and talked about it, and decided we wanted him to pass peacefully, and we would pursue taking him off the ventilator the next day.

Now, he back to his job as an accountant and going to outpatient therapy twice a keep.

Carson realized something was wrong on Oct. 22. He said he was winterizing his sprinkler system when he started was getting out of breath. Taylor, who is a labor and delivery nurse at Longmont United Hospital, said to take him to the emergency room after his oxygen levels proved to be extremely low.

“I remember it coming back saying I was [COVID-19] positive,” Carson said. “And pretty much at that point, I don’t remember anything.”

RELATED: 'Mom is not going to be a statistic': Woman survives COVID-19 after 65 days on a ventilator

The next morning, he was sent to the ICU at UCHealth in Greeley. By that afternoon, he was on a ventilator, and would remain on one for weeks, while his family relied on updates from the doctors and nurses who were working around the clock to keep Carson alive.

“That was really the last communication we had with him,” Janice Carson, Don’s wife of 38 years, said. “From that point forward, it was everything through the nurses who were our lifeline and the doctors, and it was a rollercoaster.”

Carson said he doesn’t remember anything until six and a half weeks after he first entered the hospital, when he woke up with a tube in his neck at a long-term acute care hospital.

He later learned that at one point, his heart had stopped.

“It was really hard to hear the nurses say he’s critical, we don’t know if he’s going to pull through this,” Janice Carson said. “That was a word I got really tired of hearing. I didn’t want to hear that word ever again.”

Don Carson’s family said they began planning his funeral. Christy Taylor worried that her 7-month-old daughter would never get to know her grandfather.

But through it all, the family said they were inspired by stories of other COVID-19 patients who pulled through.

“It was just hard for me to think that this was the end, and this was how it was going to end for us,” Janice Carson said.

When he was released to the acute care facility, Don Carson had to relearn how to walk and eat on his own. Months later, he’s on a road to recovery from a virus that was difficult for him and his family to comprehend.

Credit: Courtesy Carson family
Don Carson had to re-learn how to walk again after a COVID-19 infection left him in the hospital for weeks.

“You heard of COVID, you knew, but all I thought was you’re going to get a little sick,” Don Carson said. “I never expected to have to go through what I went through. It was just a shock to me.”

"I’ve thought about that many times, but he is kind of a miracle of God," Janice Carson said. 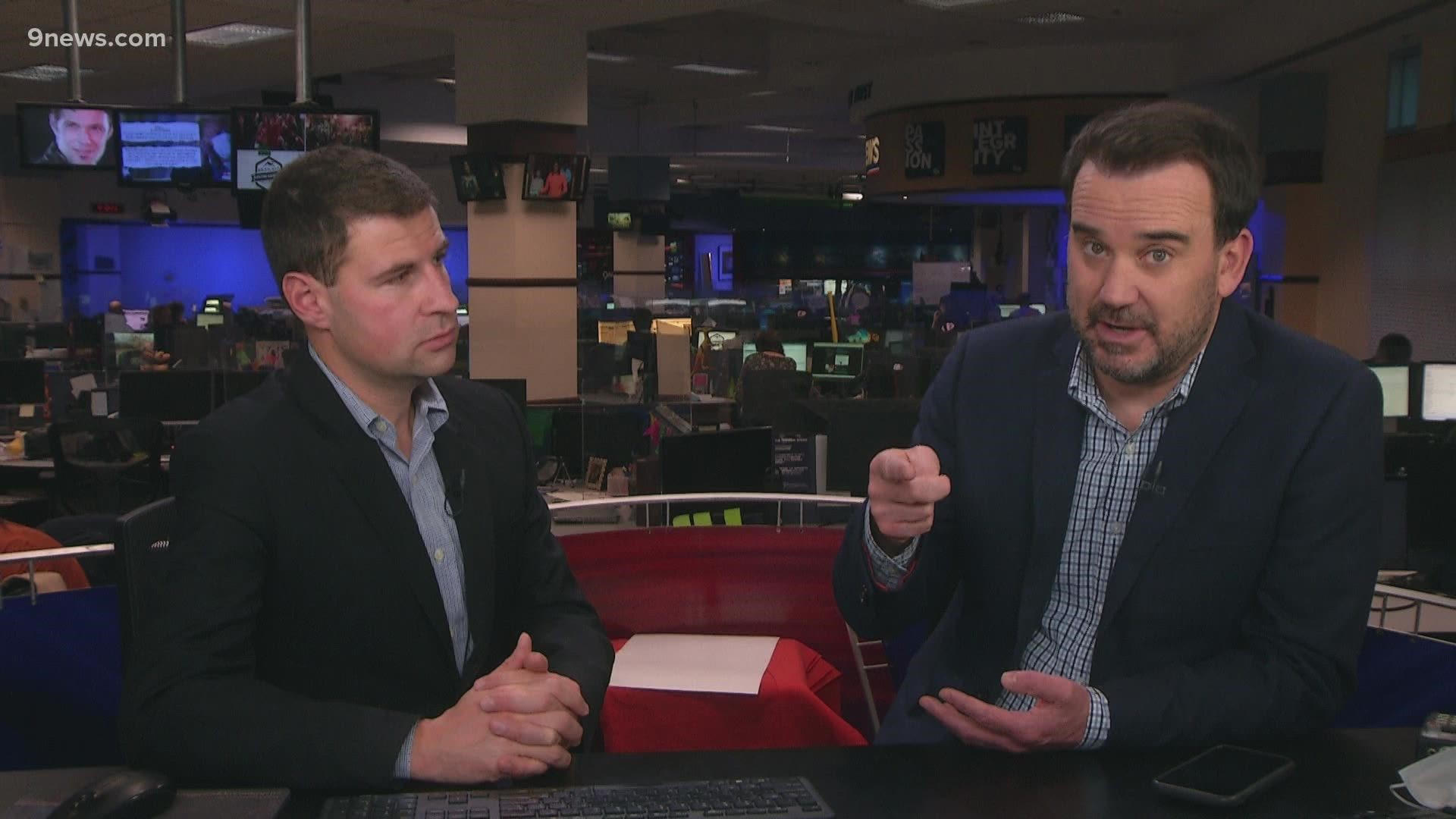