The orders were passed Wednesday afternoon. 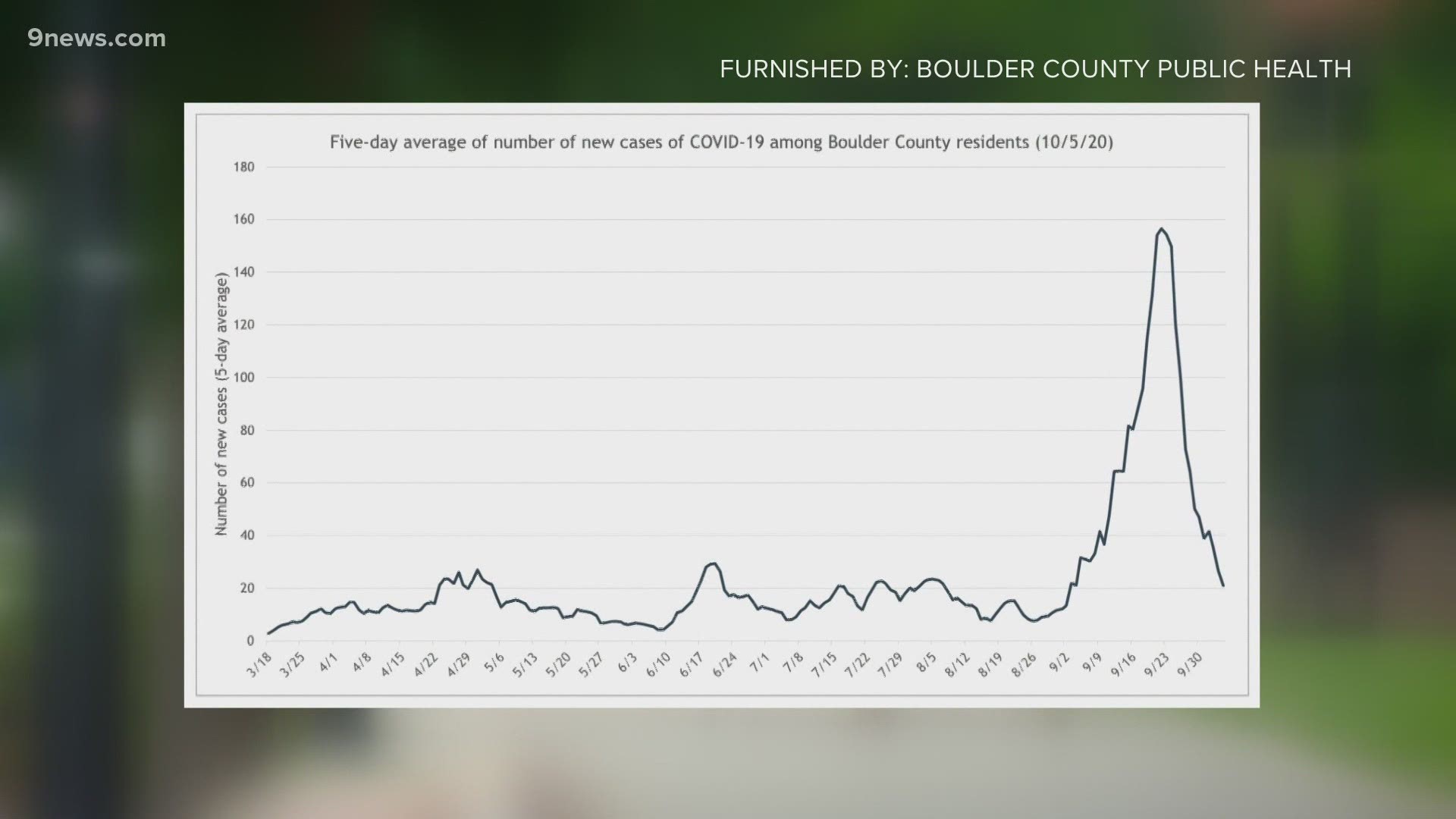 BOULDER, Colo. — Boulder city and county officials along with University of Colorado - Boulder (CU-Boulder) leaders gave an update on the mitigation and maintenance plan that was put in place to prevent further spread of COVID-19.

Jeff Zayach with Boulder County Public Health said they have seen significant declines in COVID-19 cases since a public health order was issued two weeks ago.

DeStefano said the university will also appeal to allow larger gatherings on campus, hinting at allowing fans at home football games this fall.

“The metrics that trigger changes in restrictions between levels are largely influenced by individual behaviors, so they create incentives for young adults,” said Zayach.

The levels are based on testing goals, cases per 100,000 among individuals 18 to 22 years old in Boulder County, the positivity rate among the age range, number of CU students tested and cooperation with contact tracing. Movement to ease restrictions on gatherings will be based on a 14-day positivity rate and 14-day cases per 100,000, while movement to more restrictive levels will be based on a five-day positivity rate and five-day cases-per-100,000 metrics. Any movement between levels will be decided and announced by Boulder County Public Health. 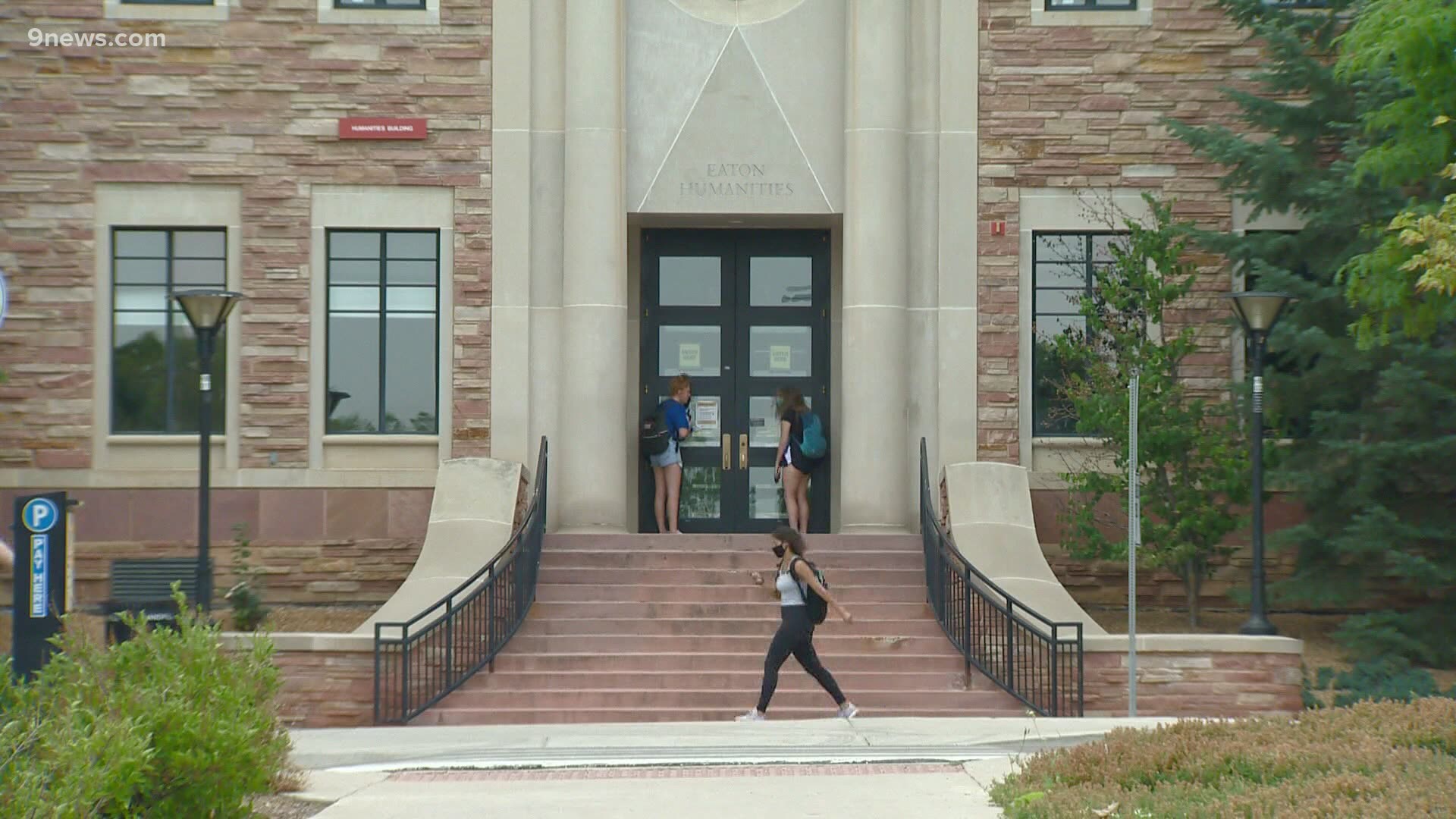 The second public health order regards properties considered collegiate group homes. Many group quarters, such as long-term care facilities and residence halls, are regulated by state law or other government institutions and must implement COVID-19 policies pursuant to their regulating body. The goal of the public health order moving forward is to provide clear guidance for group quarters that are not under similar regulatory bodies.

The Collegiate Group Homes Order requires anyone living in collegiate group homes on the list of identified properties to continue under stay-at-home orders until Oct. 12 or until they complete and Boulder County Public Health has approved an isolation, quarantine and testing plan, whichever is later.

A public health order was put in place in late September to help control the spread of the novel coronavirus among young adults after a spike in cases, particularly among students at CU-Boulder.

The original public health order prohibited students in ages 18-22 from being together. The health department amended the order to no more than two students being together at a time after students raised concerns about their safety while walking to their homes and on campus.

According to the revised language in the order, a gathering does not include:

As of Thursday, Sept. 24 , county health officials said there were 1,392 confirmed or probable cases of COVID-19 among CU students in that specific age group since Aug. 24.

While there has been little evidence of spread of the virus beyond the 18-22 age group, the continued increase in new cases in the City of Boulder prompted the PHO to help prevent the spread to other community members, health officials said.

CU Chancellor Phil DiStefano said in late September the university would offer students the opportunity to continue with remote instruction of the remainder of the semester if it is their preference. He said he didn't believe it was a good idea at this point in time to send students home because it could put other communities at risk.

"From a safety standpoint of students going back to their communities. I would not recommend at this time that we ask all students to leave," said DiStefano. "However, we will have to reassess that in the next two weeks."

He also noted that sending students home wouldn't necessarily fix the problem, since many students would remain in their off-campus housing. He is, however, confident that if the orders are followed they will see positive results.

"We knew we would get the spike, the students, for the most have been accountable and responsive, wearing masks, social distancing, and I believe we’ll see a bending of the curve," he said.