It's not the first saliva test, but it could be the quickest with results in 45 minutes. 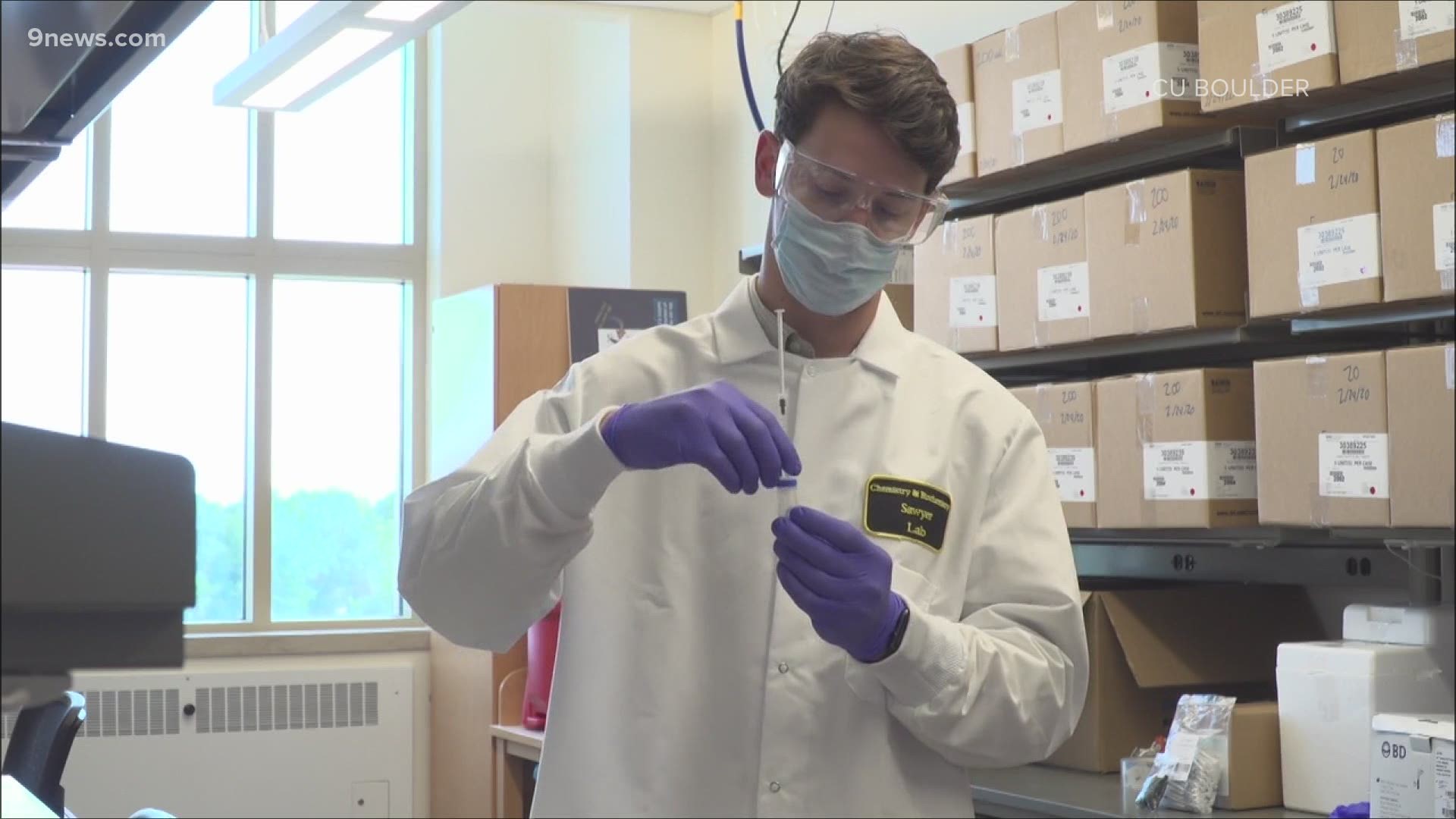 BOULDER, Colo. — Researchers at the University of Colorado (CU) in Boulder are working on a saliva-based COVID-19 test. It's not the first saliva test, but it could be the quickest with results in 45 minutes.

Researchers said it's designed to help identify people who have the virus, but don't have symptoms.

A patient provides a sample by spitting into a tube. After processing, if the sample turns from pink to yellow, it's positive. If it stays pink, it's negative, researchers said.

The idea is those with positive results would be referred to a doctor for a confirmation test, and would be told to self-quarantine.

Turnaround time for those test results varies, with the soonest being within 24 hours.

Rutger's has emergency approval from the FDA to use its test. CU Boulder is working on that now.

RELATED: Some waiting 10 or more days to get COVID-19 results back from Pepsi Center site