The board voted to leave Colorado's COVID-19 restrictions dial and go 'back to normal,' but the state says the county can't do that. 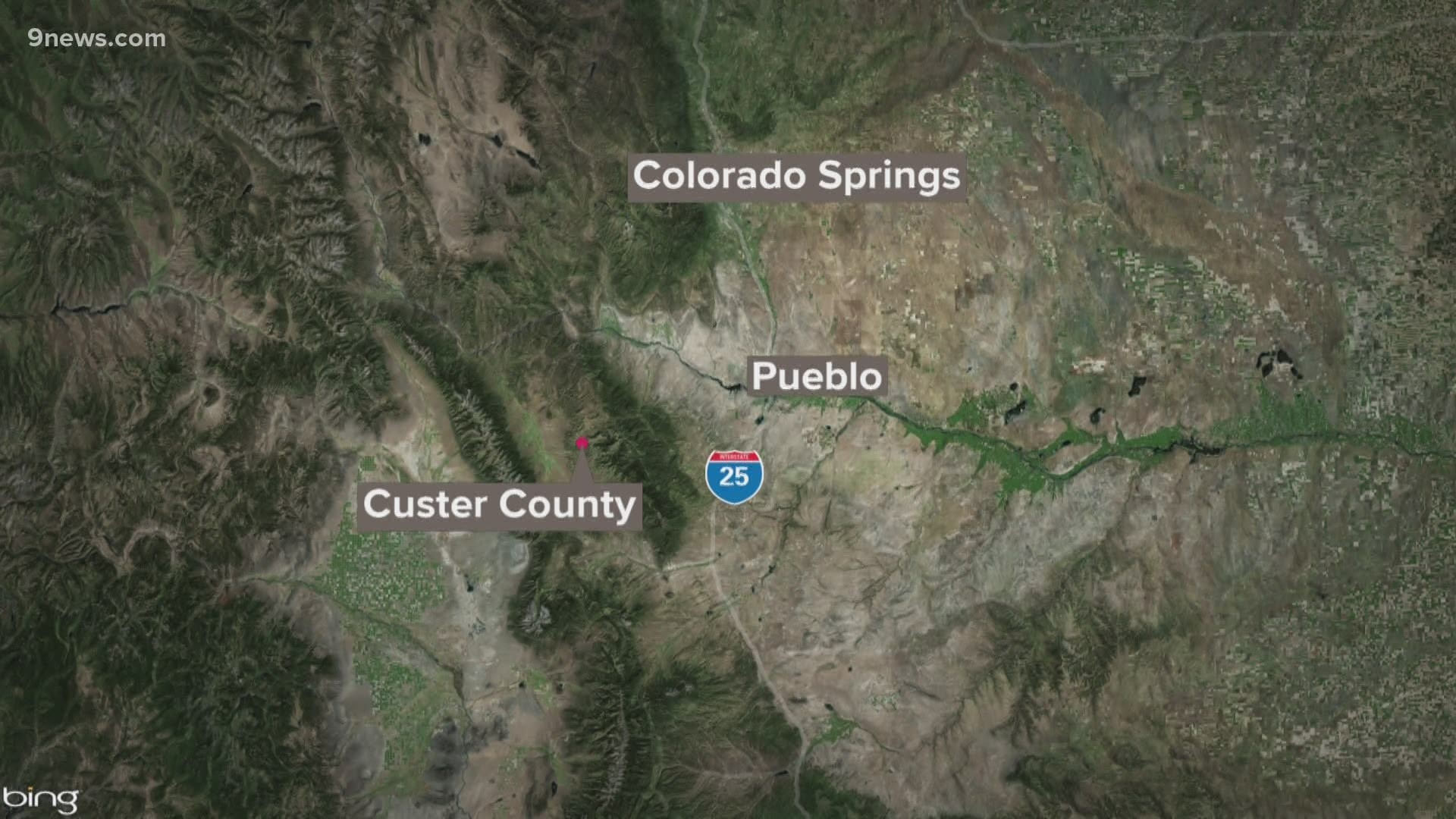 CUSTER COUNTY, Colo. — The Custer County Board of Health wants to drop all its COVID-19 restrictions and leave the state's COVID-19 dial.

The board voted 2-to-1 Wednesday to go back to "normal" and let all the county's businesses open up as much as they want to, effective immediately. The county still suggests people wear masks and social distance. The news was first reported by the Wet Mountain Tribune.

The publisher of that paper, Jordan Hedberg, has been reporting on the pandemic with some pushback, he said. In 2020, he said he bought a self-defense weapon for the office because he was concerned about "extremist elements in Custer County" and harassment he received for taking the pandemic seriously.

Hedberg has also investigated the credentials of the Public Health director, Dr. Clifford Brown. Brown's resume states he has a Doctorate of Optometry and a Masters in Public Health.

"We started looking into his background and discovered that he claimed to have had a masters in public health from a Dartley University," Hedberg said. "A quick Google search will show you Dartley University does not and has never existed.”

In December 2020, Hedberg filed a complaint with the State Ethics Commission. According to state records, most complaints are dismissed, but as of Feb. 19, 2021, the commission decided to move forward and investigate this one.

Over the phone, Brown said his university wasn't fake and "if it was, it was all online so I never saw buildings you know that kind of thing. But yeah they put me through quite an oral…..set of questions, examinations, so on.”

Brown said the Board of Health "prohibited" him from doing an interview about their decision to rollback all restrictions.

In a statement, a spokesperson for Custer County said, "the Board's decision complies with the State guidance and Governor Polis' Executive Order, which grants counties the ability to determine the appropriate time to move 'back to normal'." The statement also reads, "consulting with the Colorado Department of Public Health & Environment and considering local COVID-19 conditions were instrumental in reaching this decision."

On Wednesday, 9NEWS asked state officials whether Custer County was allowed to leave the dial on its own.

"Custer County does not have the authority to lift its own restrictions," according to the Colorado State Joint Information Center. "We expect all counties to abide by all executive and public health orders. Counties are able to enact stricter guidance/protocols, but must meet the state’s minimum requirements."

A spokesperson for Gov. Jared Polis' office told 9NEWS that, "[The state] has worked with local public health departments and counties on the dial 2.0 to address the unique challenges created by the COVID pandemic but getting back to the Colorado we love won't be like flipping a light switch."

During Wednesday's meeting,  the county's public health director, Clifford Brown, said he believed the state would not let the county move to Level Green - the loosest restrictions on the dial. But he said state officials he talked to led him to believe the governor's latest executive order would allow the county to move itself to "normal" and opt out of the state's public health order entirely.

The executive order issued Feb. 23 said, "if a county is moved 'back to normal' off the dial entirely because of a major reduction in transmission or risk, it will no longer be subject to this Executive Order and the corresponding PHO." The order does not clarify who is allowed to decide when a county moves off the dial.

JIC said in its statement that the executive order says "that if a county is moved off the dial entirely because of a major reduction in transmission or risk, that it will no longer be subject to this Executive Order and the corresponding public health order."

JIC also said no counties have been authorized to move off the dial.

Watch below: Colorado county votes to end all COVID-19 restrictions 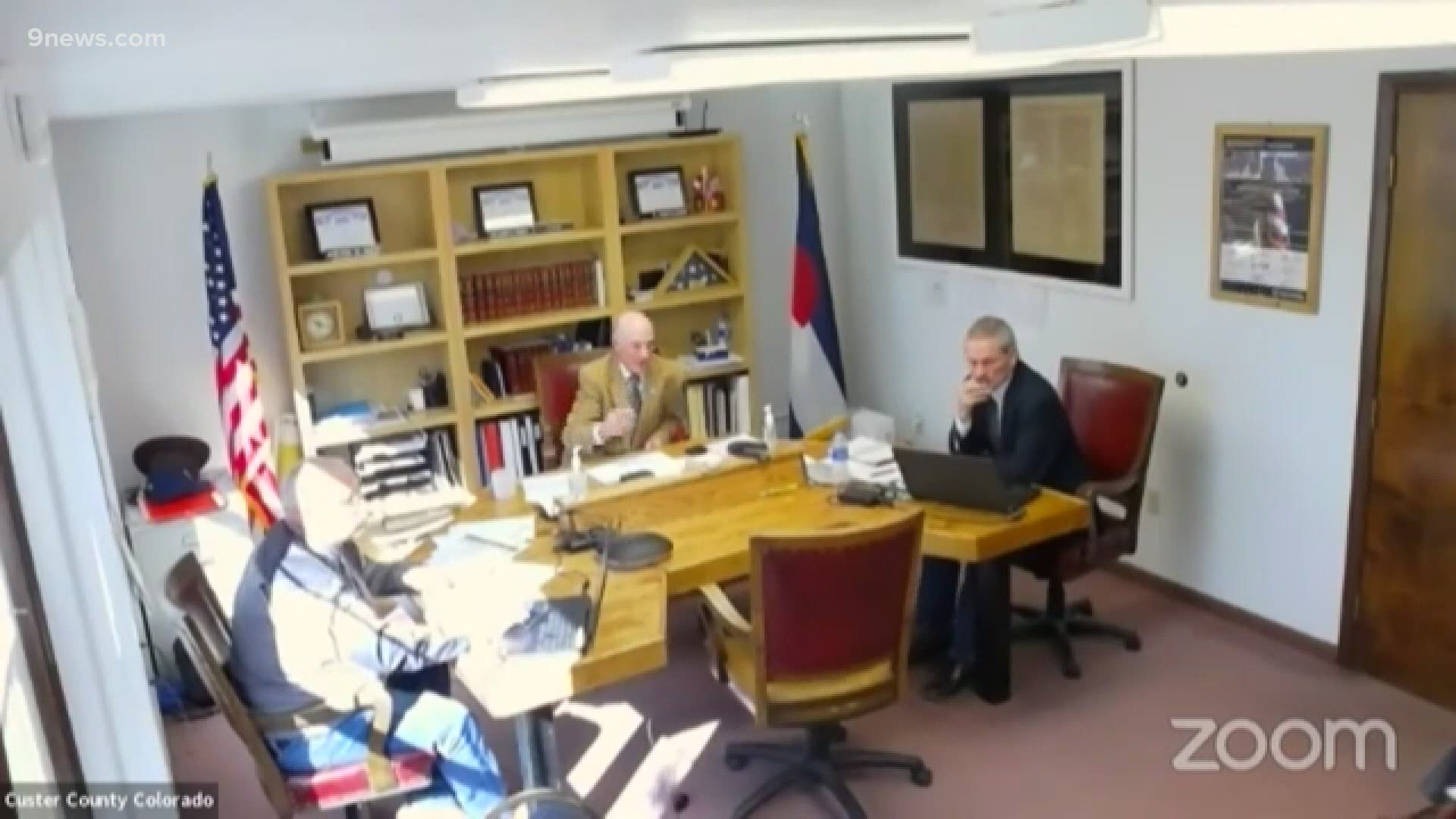 “The health of this county is more than just the medical. It's about the economy and the mental state of the citizens,” Board Chairman Bill Canda said.

He said businesses would be allowed to keep whatever restrictions they felt appropriate.

"We haven't been hammering people to [follow restrictions]. We've asked them and we've been working with them. I want to keep doing that," Canda said.

Board Member Tom Flower was the lone "no" vote. He called the move irresponsible, especially with a wave of spring break tourists likely heading through the county in the next month.

"I think it’s important that we be conservative and not open up just because numbers are down for a few weeks," Flower said. "I think it's a little premature to be lifting these restrictions for the health of our citizens."

Custer County, which is home to about 4,200 people, is currently in Level Blue on the dial. It has had less than four new cases in the last week, a positivity rate of 0% and no new hospitalizations, according to the state's dashboard.

The Board of Health said if cases go up, Custer County would try to go back on the state's dial. They discussed a threshold of a 3.5% positivity rate, but did not decide on a final metric. The board will meet again on March 10 to monitor data and further develop guidelines and recommendations.

In Custer County, the three Board of Health members are also the three county commissioners. Heberg said "Custer County for some reason had never formed a board of health or at least not officially," before the pandemic and so they "scrambled" to form one in 2020.

Some state lawmakers said that shouldn't be normal.

She proposed a bill that would keep commissioners off of boards of health, but said they are amending it to say the commissioners cannot make up a majority on the board of health.

A 2008 law that required boards of health to be independent left an exception for counties with less than 100,000 people.

"A lot of them really felt that we needed to try to get the politics out of public health and they thought that this would be a good way to do it," said Kipp.

She added that 26 counties have only commissioners on their public health boards, including Custer County.