In a memo, Mayor Michael Hancock and other officials urged the state to adopt a location-based prioritization strategy instead of the existing age-based strategy. 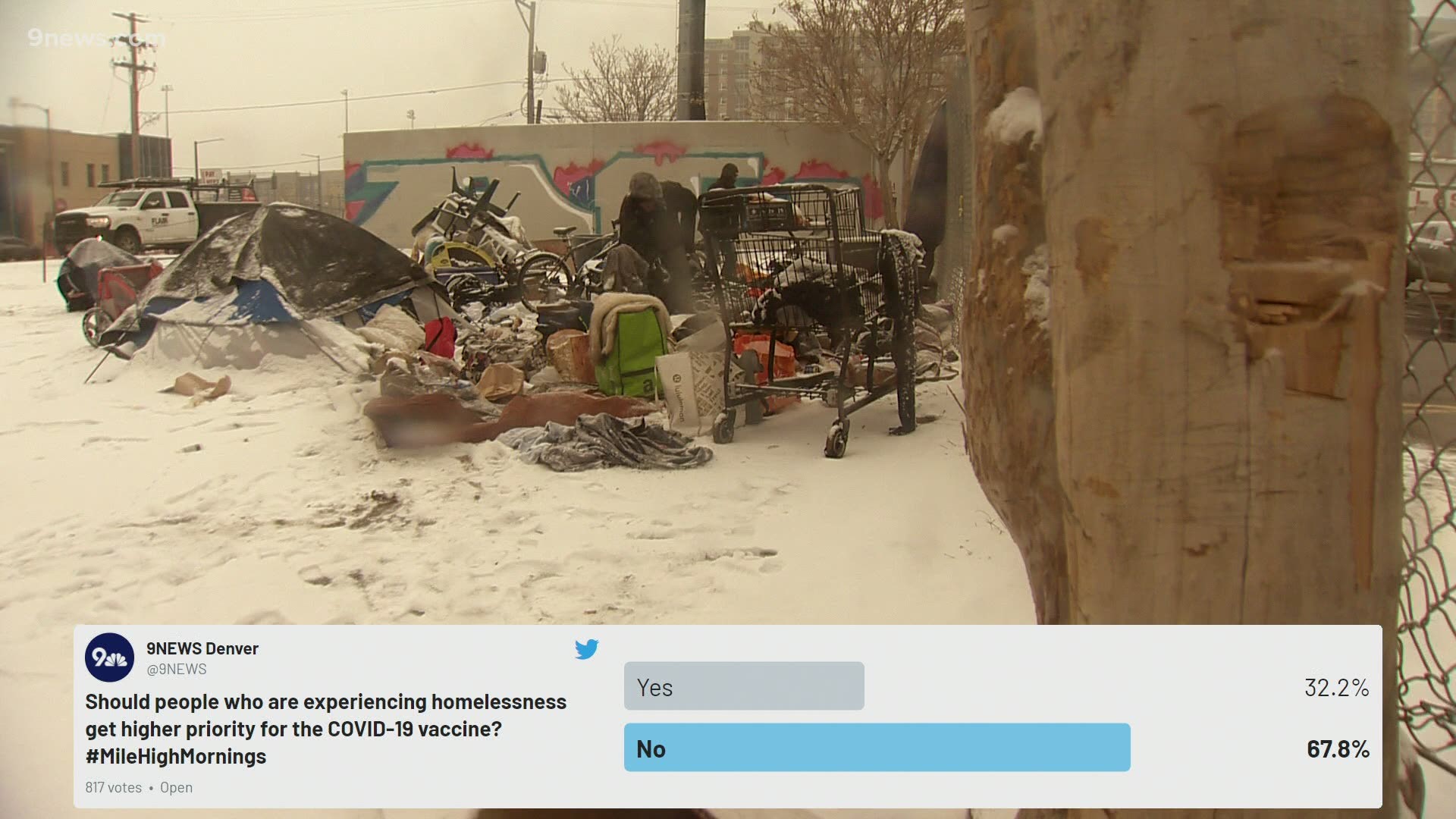 DENVER — The Denver Joint Task Force is asking the state for permission to change COVID-19 vaccination strategies so people experiencing homelessness can be moved up the eligibility list.

In a memo sent to the state last week, Mayor Michael Hancock and other officers urged the state to adopt a location-based prioritization strategy instead of the existing age-based strategy.

The Denver task force said a location-based prioritization would allow all people at a shelter, motel, managed campsite or unsanctioned encampment to get the vaccine at the same time, regardless of age.

"The Task Force believes this would be a much more effective and efficient way to vaccinate an estimated 6,151 guests and staff of shelters, unsheltered people living in encampments, and service providers across Denver," the joint task force said in a release.

The hospitalization rate for people experiencing homelessness is three times higher than the general population, according to the task force.

“There is an urgent need to vaccinate people experiencing homelessness and service provider staff to induce herd immunity to protect people at risk and prevent large outbreaks in congregate settings,” the memo states. “Prioritization of people experiencing homelessness will also benefit our Denver metro region population by decreasing the rate of community transmission.”

The memo follows a Jan. 7 letter from Hancock to Gov. Jared Polis (D-Colo.) proposing adjustments to the state's vaccine distribution plan that included giving higher priority to people living in congregate settings, such as homeless shelters.

Polis responded to a question about the memo during a press conference on Tuesday, saying he doesn't think it makes sense.

“It would cost lives to divert vaccines from older people to younger healthier people who are homeless,” Polis said.

He also said that it logistically makes sense for the homeless population to receive the single-dose Johnson & Johnson vaccine, which has not yet been approved for distribution.

RELATED: How Coloradans 65+ can get in line for the COVID-19 vaccine

“Our unhoused neighbors have been among our most vulnerable residents throughout the pandemic,” Mayor Hancock said. “It is critical that we accelerate immunizations not just for people experiencing homelessness, but also for the service providers, case managers and others who work closest with them, which will support the health of the general public as well.”

> Video below from December: New data show homelessness may put people at risk for COVID-19. 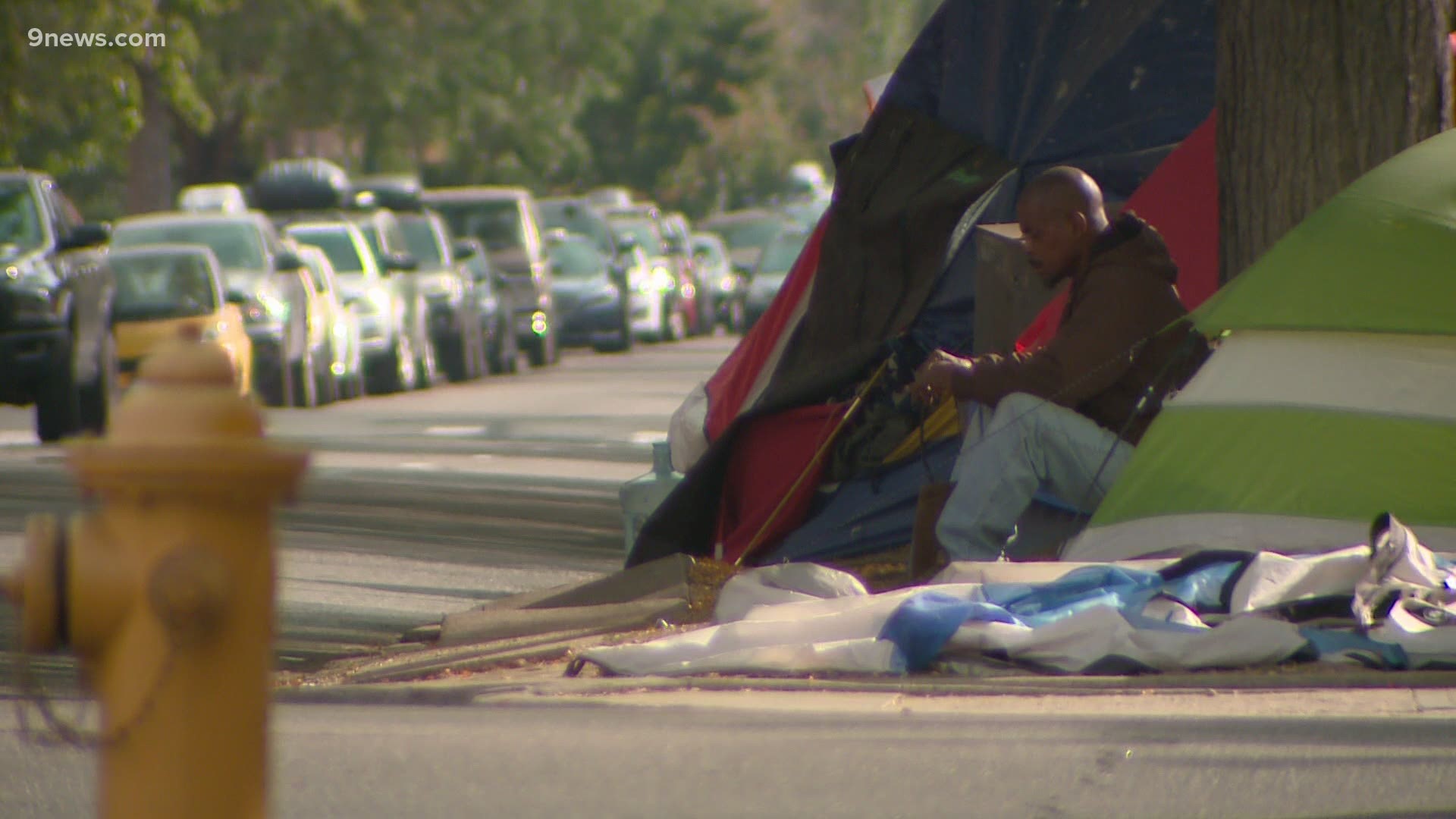 RELATED: 'Our supply is not meeting the demand' | Counties desperate for more vaccines as number of eligible people expands

RELATED: City appeals after judge rules Denver must give at least 48 hours notice prior to homeless sweeps 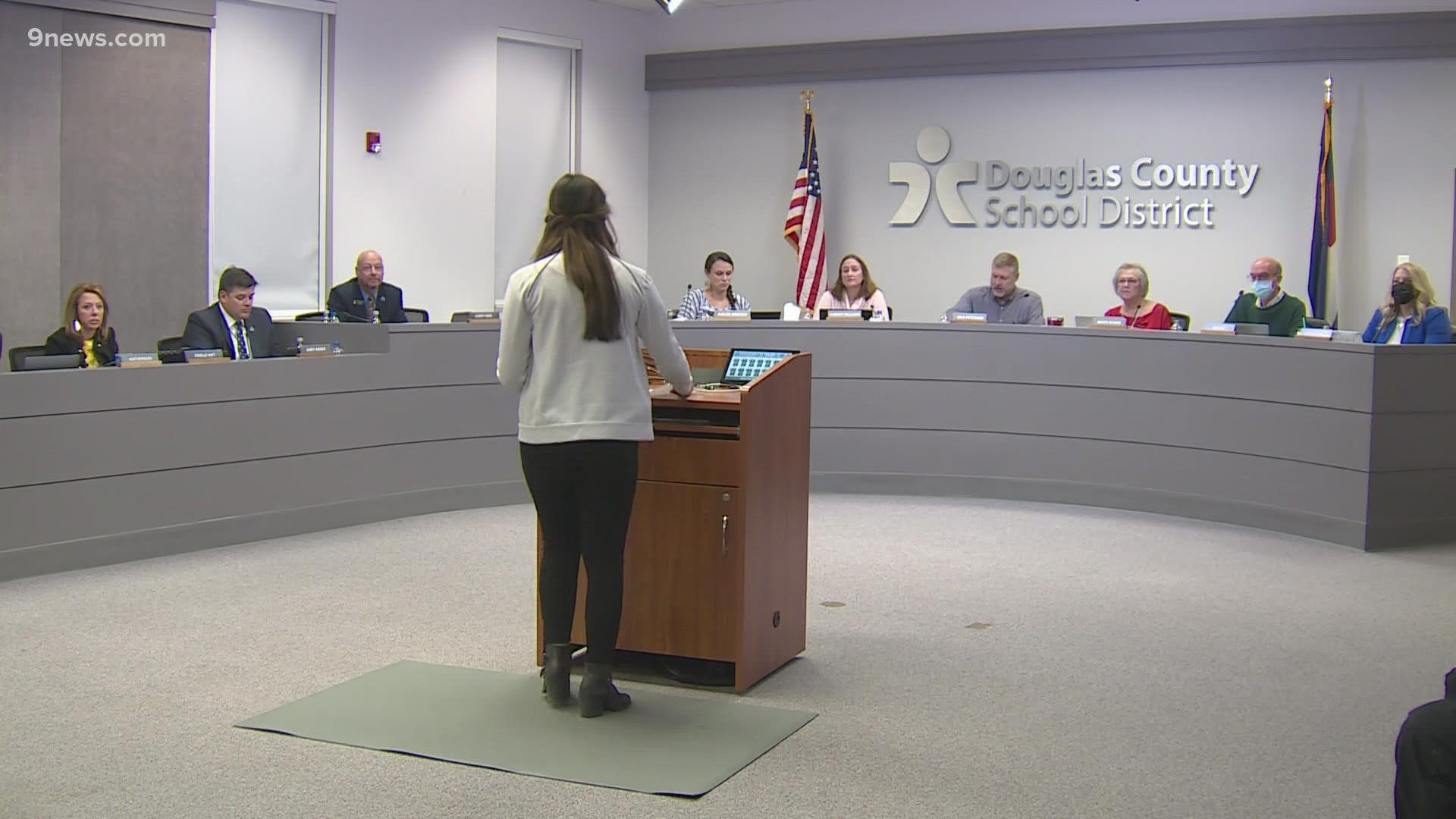