February has been the busiest month for children with COVID at National Jewish Health; children and teenagers suffering long-term effects from the virus. 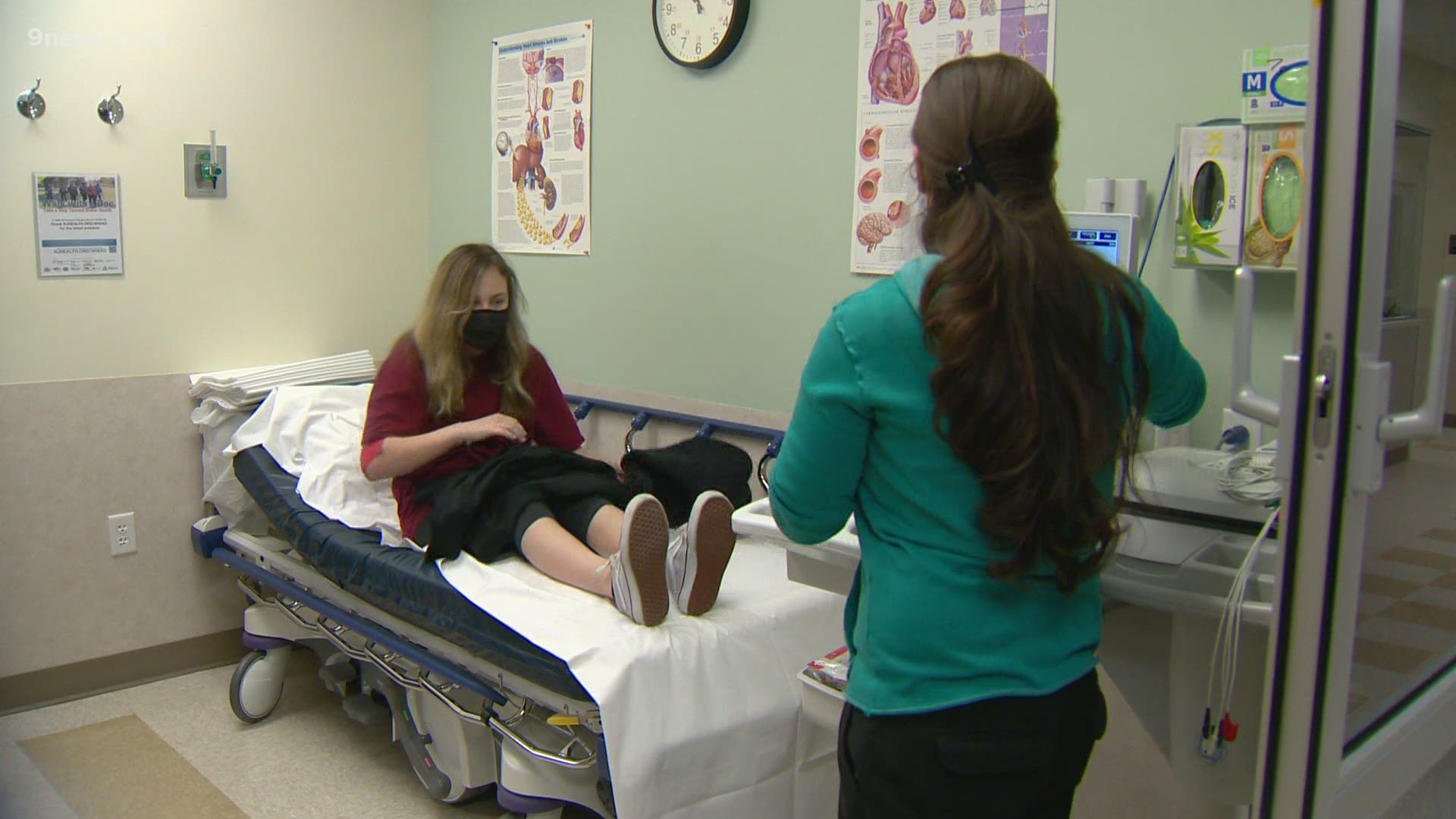 DENVER — February has been the busiest month for children presenting with COVID at National Jewish Health (NJH) in Denver. Particularly, children and teenagers suffering long term effects of the virus.

Alix Koren is a 13-year-old who is still struggling from COVID-like symptoms several months after testing positive. She's one of a small handful of young patients in a new "COVID Assessment Program" at National Jewish.

"What seems to happen is they get COVID – they could have a very mild case – and then, all of a sudden a couple of months later, they have these symptoms that are hard to explain," said Rabinovitch, a pediatric allergist and immunologist at NJH.

Rabinovitch described symptoms like shortness of breath, brain fog and lethargy. Some of the symptoms Alix has been suffering for weeks on end.

"It felt like the flu, but times 10," she said of her experience with COVID last November. "My whole entire body started aching and then I went from 98 degrees to a 104 fever in like an hour."

According to Alix though, that was the worst of it. She had a fever and body aches for a few hours in late November and then it was gone. By the time she got her positive COVID result, she said most of her symptoms had already subsided.

It would be about a month before her symptoms would reappear with a vengeance.

"Things started getting 'inverted' around Christmas," Alix said. "I had a Caesar salad and it tasted spicy, and I had spaghetti and it tasted citrusy like lemons."

Her sense of taste and smell continued to worsen, making some foods intolerable. So much so, the young teen started to feel guilty, forced to turn away dish after dish prepared by her increasingly concerned mother.

"It started hurting me, because my mom would cook me something and she’d be really proud of it and then I couldn’t eat it," Alix said. "It was around New Year's when I finally realized it was not just a taste thing – it was everything."

A month after having COVID, the virus wasn't back, but her symptoms were. In addition to her affected sense of taste and smell, Alix began having trouble breathing.

When she almost fainted during basketball practice in January and could no longer enjoy her skateboarding hobby, her parents sought help from her doctors who referred them to NJH.

"We’re trying to really take a 360-degree look at the patient," said Dr. Rabinovitch. "The program is actually 3-5 days. What we try to do is look at everything and then put together a diagnosis and management plan when they leave."

According to the doctor, the "COVID Assessment Program" saw more kids like Alix in February than any other time.

"I’m scared because I don’t like not being able to breathe," Alix said, during her overnight stay at the hospital for monitoring. "It feels like someone is sitting on top of me."

The new variants of the virus, and the fact that children are not getting vaccinated, are among the reasons Dr. Rabinovitch is concerned that the next wave of COVID could impact children the most.

"I expect our young patients in the program to actually increase. And I expect the proportion of children that have COVID to increase, as well," said the pediatric immunologist. "This may become a pediatric disease now that adults are getting vaccinated and kids are not."

Alix is still waiting for her results and working with NJH doctors to find a treatment plan that can resolve her ongoing symptoms. More than anything, she said she feels isolated and is eager to get back to school.

Dr. Rabinovitch said parents shouldn't panic. But, they should be wary that children are vulnerable to the long-term "quality of life" impacts of the virus if they contract it.