Monday's proclamation passed 13-0 and urges Gov. Jared Polis to impose a moratorium, but Polis said he can't do that. 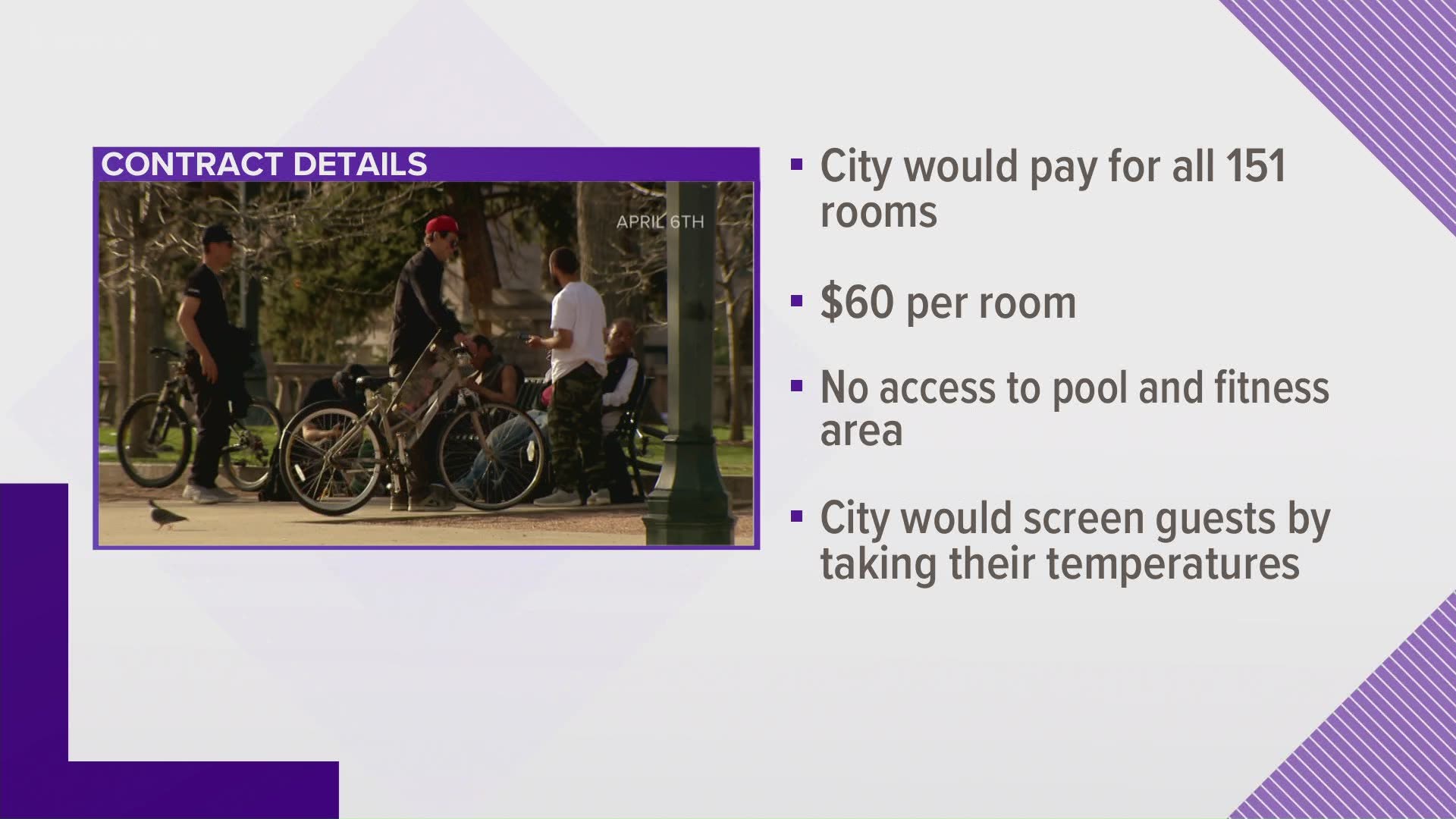 DENVER — The Denver City Council passed a proclamation at its meeting Monday that urges state and federal governments to impose a moratorium on rental payments for residents and small businesses that are unable to pay because of the COVID-19 crisis.

When asked whether he might consider such an action, Colorado Gov. Jared Polis said at a news conference Monday afternoon that he doesn't have the authority to do that.

"No governor, no president has the legal ability to suspend the sanctity of contract law," Polis said. "It's common law. No state has done that."

The proclamation on the agenda for the Denver City Council meeting was put forward by at-large council member Robin Kniech.

The proclamation acknowledges the financial difficulties of residents who have lost their jobs during the pandemic and have struggled to file for unemployment benefits when the state's system has been overwhelmed by a huge number of applications.

>> The video above is about a contract to house homeless in a Denver Hotel. That contract will also be voted on during Monday's City Council meeting.

Kniech has said one of her priorities is to improve the city's response to the financial crises facing households. That includes the City Council's proclamation and other items, such as asking Polis to halt eviction filings and assisting homeless shelter providers.

Denver Mayor Michael Hancock said at a news conference Monday that he wasn't sure Polis could intervene in private contracts between landlords and renters.

"But if it sends a message of the importance and the symbolic power that something needs to be done to give renters a break, then hopefully the entire industry pays attention," he said.

For that to happen, landlords also need a break on their mortgages from lenders, Hancock said, adding that he was starting to see that happen.

"I certainly understand and empathize with where the City Council is coming from because we all know someone who needs a break at this point in time in regards to their rent," he said.

At his news conference earlier on Monday, Polis said he was taking other actions to help renters during the public health emergency.

"What we want to do in Colorado, what I have done, is really make sure we've taken the strongest steps of any governor to help protect renters," Polis said.

He said he's encouraged Denver and other cities to make rental assistance more widely available and made $3 million available to help Coloradans with paying bills. He also has issued an executive order to the Department of Local Affairs to work with property owners and renters to stop eviction proceedings.

"Just because they haven't paid, nobody should be evicted," Polis said.

The state is also working with utilities to prevent shutoffs for nonpayment, Polis said.

The public comment portion of the meeting was canceled due to the stay-at-home order.