Hancock: 'We are going in the wrong direction' on COVID-19

The mayor said Friday that Denver is seeing an increase in cases and the positivity rate, and he stressed the need for residents to wear face coverings. 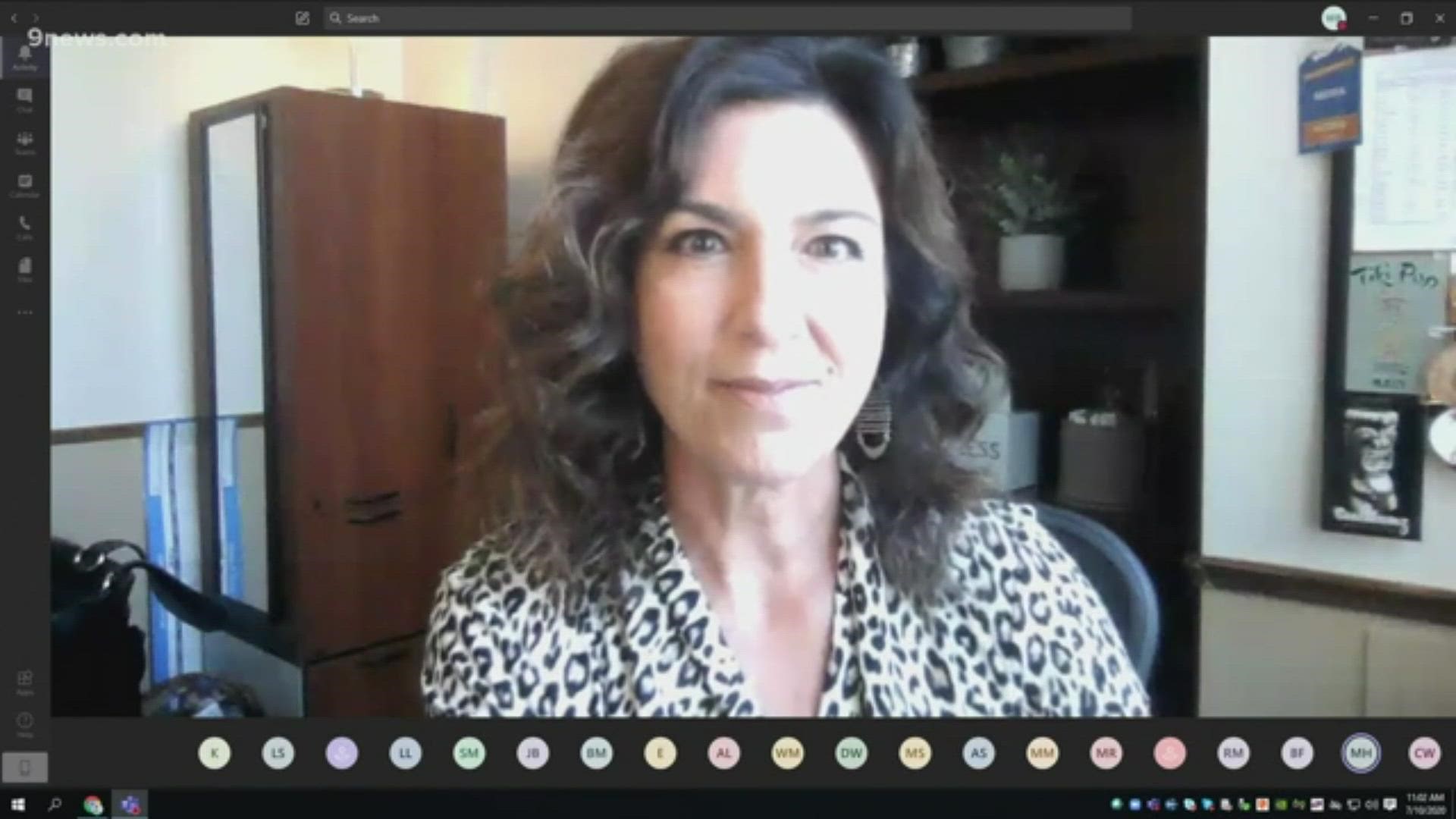 DENVER — Mayor Michael Hancock stressed the need on Friday for Denver residents to wear face-coverings and practice social distancing as the number of COVID-19 cases increases in the city.

"We are going in the wrong direction," he said.

Hancock and other city leaders gave an update on Denver's response to the COVID-19 pandemic. In addition to addressing face coverings, they talked about data and trends, testing and support for people experiencing homelessness.

"We cannot amplify enough that this is not the time to lose momentum," Hancock said, adding that face coverings are required in Denver.

Hancock last held a news conference on the novel coronavirus in June, when he said that the city didn't plan to relax its face-covering mandate anytime soon. 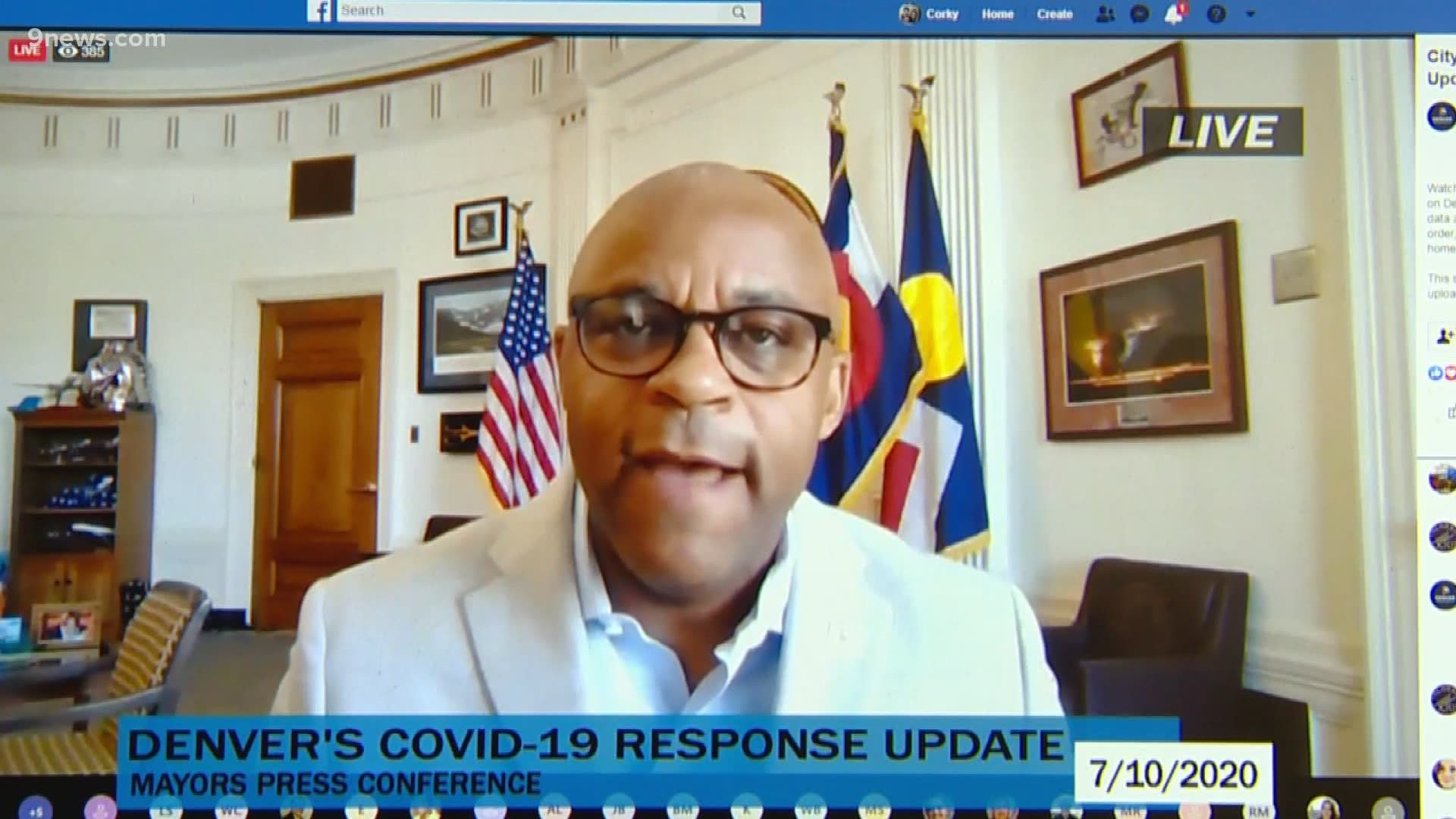 On Friday, he said the city of Denver has revised its face-covering mandate to require them when inside or waiting to enter indoor or outdoor events, government offices or facilities, health-care operations, when walking around restaurants and bars, when receiving personal services and in the common areas of apartment and condominium buildings, including lobbies, elevators and pool areas.

Over the past two weeks, the city has seen a 60% increase in complaints over people not wearing face coverings, and city inspectors have noticed an increase in non-compliance, Hancock said.

He said that if Denver sees a spike in several metrics, such as case numbers, the positivity rate, hospitalizations and deaths due to COVID-19, over a span of a couple of weeks, he would have to consider pausing or rolling back the city's reopening.

"If we have to roll back and shut this economy down again, it will be absolutely devastating," he said.

Bob McDonald, executive director of the Denver Department of Health and Environment, said that while the city was focused on education, they would enforce the face-covering order with citations if necessary.

According to McDonald, the Denver Department of Health and Environment will begin ramping up enforcement by realigning resources and hiring more staff to its compliance team.

"Compliance is the goal and enforcement is a tool we use if it becomes necessary," McDonald told 9NEWS on Friday.

As of Thursday, the county of Denver had the most reported cases (7,651) and deaths (386) due to COVID-19 in the state, according to data from the Colorado Department of Public Health and Environment (CDPHE).

Information on the City and County of Denver's response to the pandemic can be found here.

The COVID-19 testing site at the Pepsi Center in downtown began capping the number of administered tests this week to 2,000 per day, as the city has seen an increase in demand. Hancock said on Friday that the limit was to help reduce the backlog of those who are waiting for their results.

He said city leaders were working with the state to determine the future of operations of the Pepsi Center site.

Last week, the Denver Department of Public Safety announced it would begin reducing hours at the testing site, Colorado's largest, because of a testing kit shortage. LabCorp had sent many testing kits to states dealing with a surge in COVID-19 case numbers.

One day later, Denver announced hours would not be reduced because of new testing supplies provided by the state. The state has not yet announced whether it has more testing supplies to keep the Pepsi Center site operating as normal.

The mayor announced his support for the “Safe Outdoor Spaces” campsites last week. The idea, proposed by the Colorado Village Collaborative, would establish temporary, managed campsites for the city's homeless population.

Bretta Fisher, Denver's chief housing officer, said the shelter the city had established at the National Western Complex has served more than 3,000 people and the one at the Denver Coliseum has served almost 800 people.

City workers have increased their outreach to people living in camps that have grown in some neighborhoods, Fisher said. She mentioned a camp at Morey Middle School as an example, saying city staff had moved nine people from that camp into motel and hotel rooms.

Hancock recently sent a letter to a letter to the City Council that asks members who support sanctioned campsites for people experiencing homelessness to identify where in their district they would want a campsite to go.

RELATED: 'I don't care whether it's legal or illegal fun...we're talking about the health side': Polis urges Coloradans to avoid large gatherings