While data related to the novel has been trending downward, officials warned it would be easy to backtrack with the upcoming holidays. 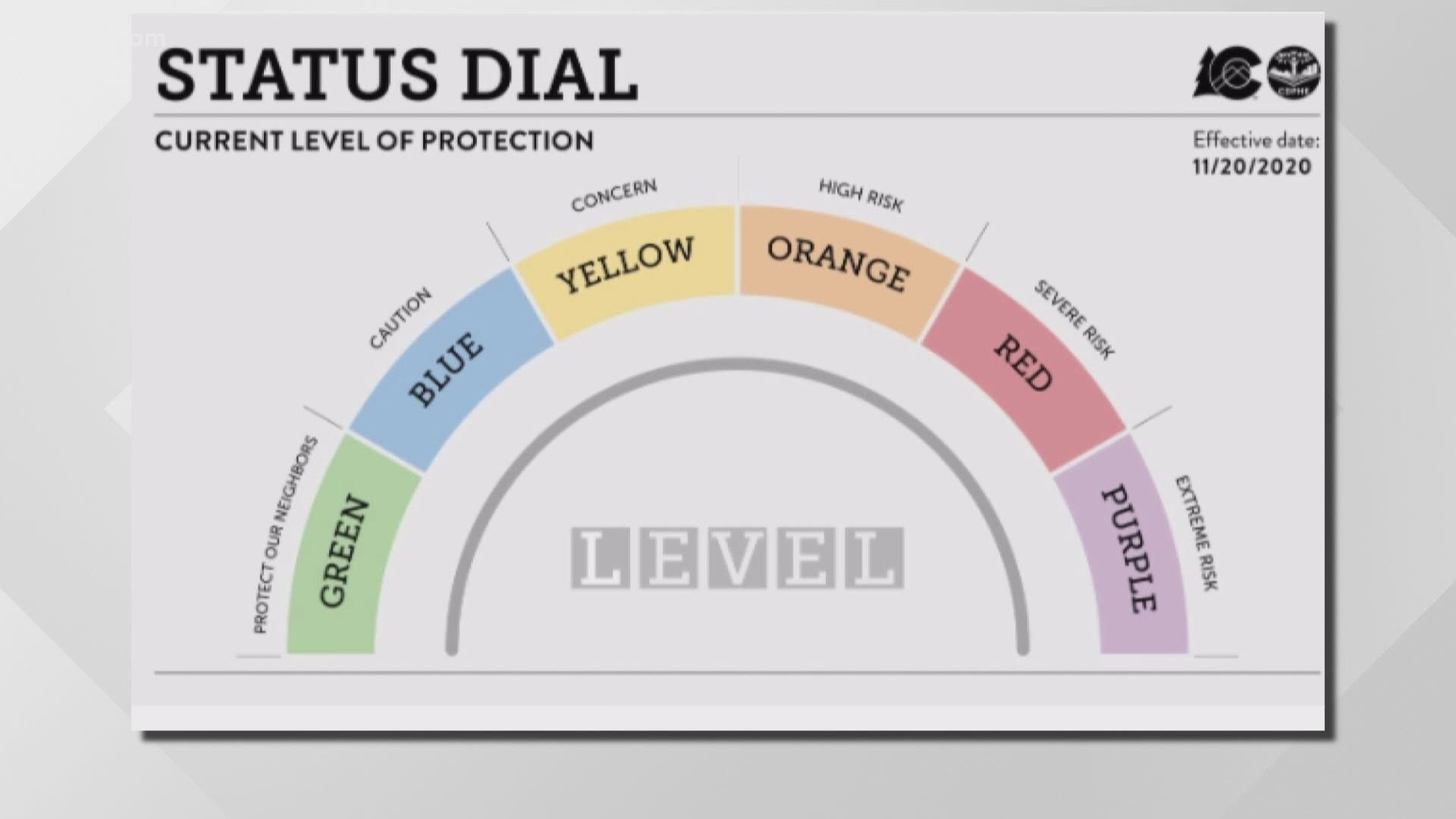 DENVER — While current trends related to the COVID-19 data are moving downward, Denver leaders stressed Thursday that letting up even a small amount could lead to numbers trending upward once again.

"We need to stay the course," said Bob McDonald, the executive director of the Denver Department of Health and Environment (DDPHE). "We still have many, many months in front of us. And again, it's going to be very, very easy; if we ease up, it will be very easy for this virus to get us back into that very dark red."

Before new restrictions were put in place, Colorado was in that dark red space, which means there was a "severe outbreak," according to McDonald. Currently, many of Colorado's neighboring states are in that area.

On the flip side, McDonald estimated that if we keep our guard up and the downward trends continue, Denver could move out of the red level on the state's COVID-19 dial in about three to four weeks.

"But remember we have a holiday in there, we have a number of holidays," McDonald said. "We have New Year's coming up, people like to gather and party. We know when there's partying, public health restrictions, people tend to be a little lax with them. So hopefully everyone follows our guidance and we can get to that level."

He also stressed the safety of the vaccine and said having enough opting for the vaccine is key to ending the pandemic.

"We reach herd immunity through people who have already experienced the virus but even more so by a large percentage of the population realizing that this vaccine is safe and that they accept it," he said.

Dr. Connie Price, the chief medical officer for Denver Health, said employees at the hospital began receiving the vaccine Thursday. She said 70% of their workers opted in for the vaccine and another 20% weren't sure just yet. The other 10% opted out of getting the vaccine at this time.

She said it won't be mandated because she didn't think it was appropriate to mandate something so new that had only been authorized by the Food and Drug Administration (FDA) for emergency use.

While she said the vaccine is safe, she said pregnant or breastfeeding women should make a decision with their healthcare provider about whether to get the vaccine because limited testing was done in that area.

McDonald spoke along with Denver Mayor Michael Hancock. It was the first update from the mayor since his decision to ignore his own guidelines and recommendations to travel to visit his daughter in Mississippi over the Thanksgiving holiday.

"It was unwise, it was hypocritical, it was a mistake that I deeply regret and deeply apologize for," Hancock told 9NEWS once he returned to Denver.

On Thursday, when asked directly if he planned to travel out of Colorado or attend any large gatherings between now and the new year, Hancock responded, "No and no." 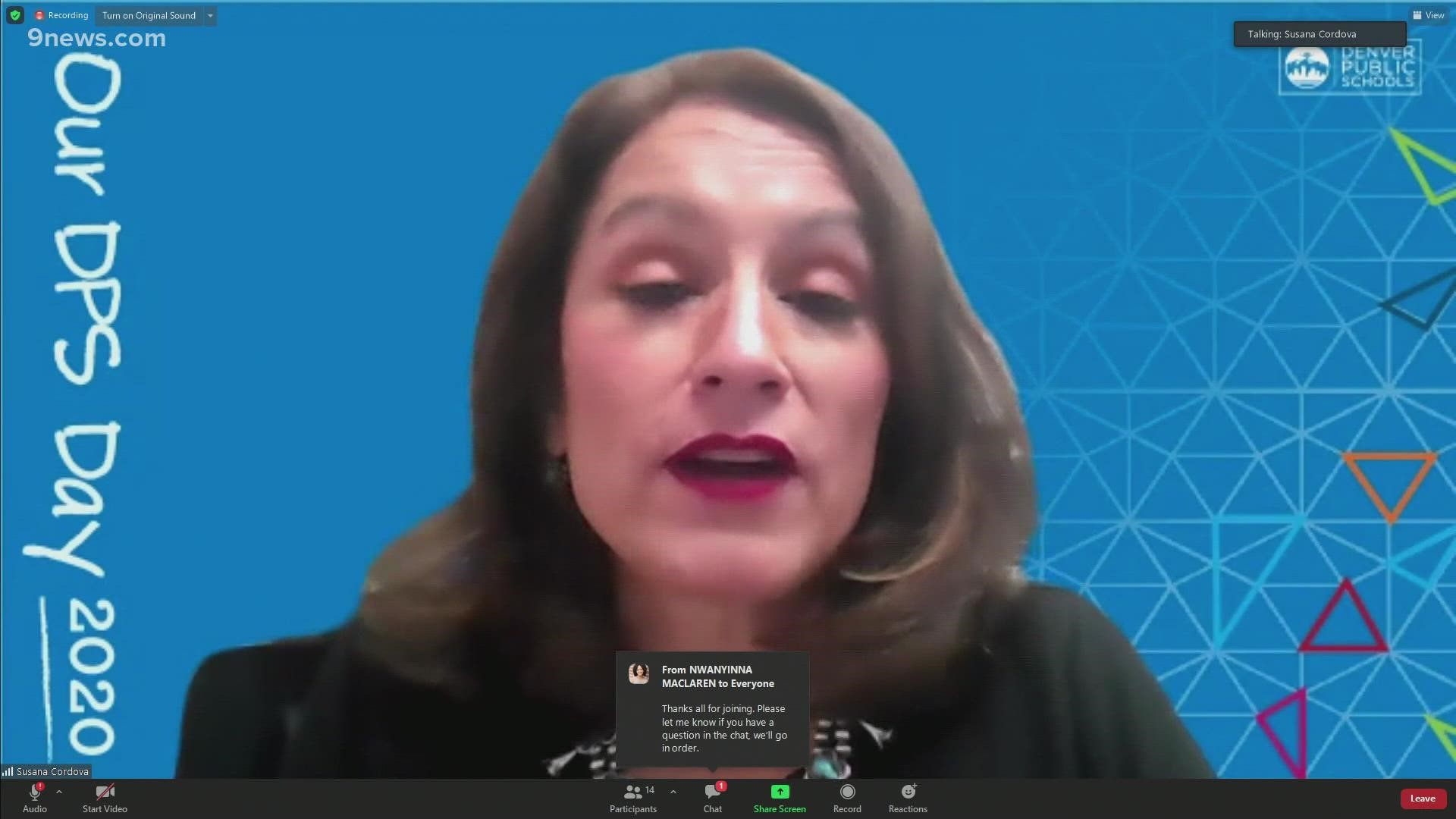 RELATED: 'It was a mistake that I deeply regret': Denver Mayor Michael Hancock talks about his decision to travel for Thanksgiving

The City of Denver plans to apply for the state's new 5 Star State Certification Program which lets businesses open with greater capacity, despite county designation, according to Hancock.

The Colorado Department of Public Health and Environment (CDPHE) said earlier this week that counties can apply for the program variance after they set up a committee to implement the program, determine what resources they can contribute and figure out how they'll ensure compliance and enforcement.

Hancock said Thursday that Denver has a committee set up that's already meeting to discuss how things can be implemented.

"Denver has more businesses that can apply than any other city in Colorado," said Hancock. "We want to do it as quickly as possible but make sure we're doing it right. Crossing every T, dotting every I to make sure we are protecting the health of everyone in those facilities, as well as the customers who come in there as well."

State and local leaders had predicted a spike related to the Thanksgiving holiday when gatherings, travel and less social distancing were expected. That has yet to materialize in the data here in Colorado. In fact, some key data metrics have trended lower in recent weeks.

“A week is probably not long enough for us to really declare this a true trend. It’s hopeful. Certainly, I think we’d all take the news that we’re declining,” Barron, who also practices for UCHealth, said.