Denver's mayor said Thursday that FEMA owes the city about $61 million, which is money that could be used for additional pandemic relief. 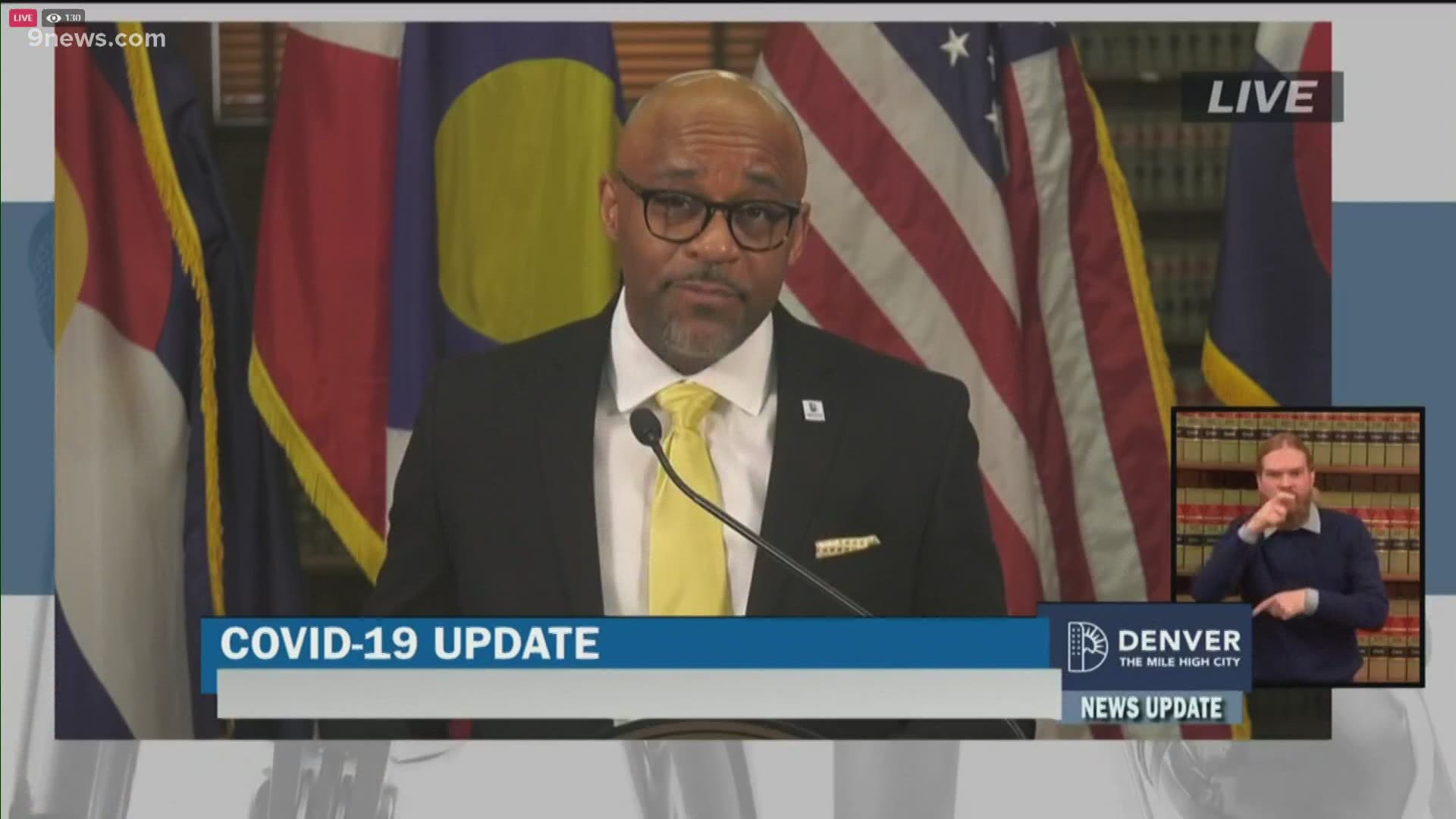 DENVER — The City of Denver is partnering with Denver Health to open four sites across the city where residents will be able to get a COVID-19 vaccine, Mayor Michael Hancock announced during an update Thursday.

The first site will open in Montbello next Thursday, Feb. 18 with the others to follow shortly thereafter. They'll be static sites and the locations were purposely selected because the areas were identified as vaccine deserts, where other providers such as pharmacies or hospitals were not nearby.

The other three locations will be in the northeast, southwest and western areas of the city, but more specific locations were not given yet. Details about exactly how people can sign up for a vaccine at the four sites will be released in the coming days.

Denver Dept. of Public Health and Environment (DDPHE) Executive Director Bob McDonald joined Hancock and said about 10% of Denver's population has been vaccinated with at least one dose. He's was very optimistic about the current data but said residents must remain vigilant.

"I want to start off by saying, I feel very good with where we are," he said. "I remember last year or a few months ago, every time we'd give an update, I recall saying, 'If we stick together, we'll get through this.' I feel comfortable now saying we are getting through this."

McDonald said the progress has been possible because citizens and businesses are complying with health orders. He also noted that as we navigate through the pandemic, probably the "last thing to go" will be face coverings, which he said continue to be "one of the most important public health controls."

The city also launched a text message program where residents can sign up to receive an update by text message once a week. If interested, text COVID to 336837 to opt in to receive updates. 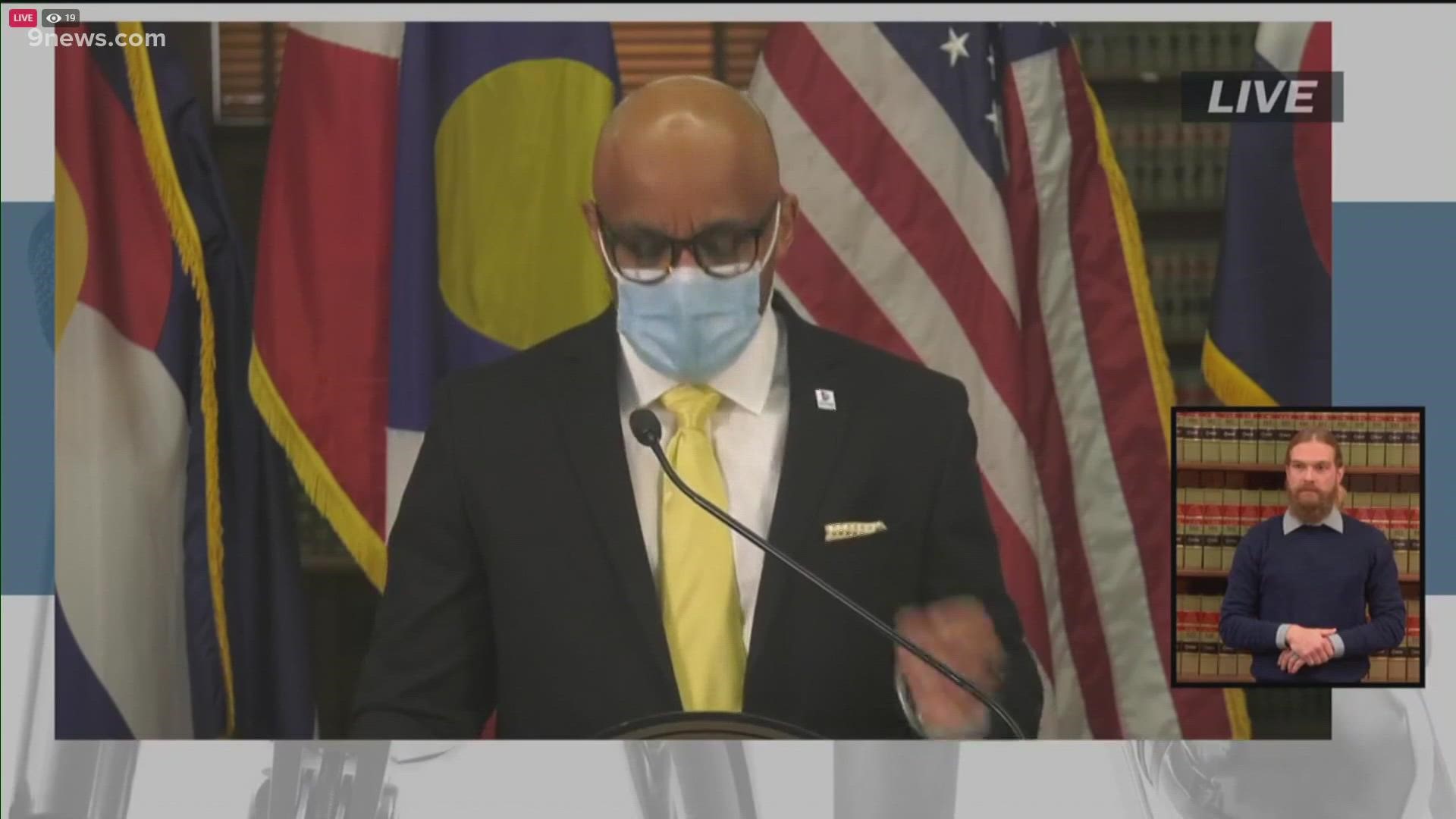 The City and County of Denver received the go-ahead from the state to begin certifying businesses for the 5 Star Program on Feb. 4, according to a release from the city.

The 5 Star Certification Program encourages businesses to implement safety measures beyond what is already required by public health orders and guidelines with the goal of giving the local economy a boost by allowing them to expand their operational capacity.

Denver was approved for the program just as the state's COVID-19 was updated which allowed the businesses to operate at Level Yellow beginning on Feb. 6.

"I know the move to Level Yellow shortly after we got the green light to certify 5 Star businesses was frustrating for some, but our program is still a critical tool to help businesses open up more in the weeks ahead," Hancock said. "With that said, I want to encourage folks to implement those additional safety measures and get certified for the program. That certification signals to the community that you are going above and beyond."

Hancock also said the city is still waiting for about $61 million that was supposed to be part of a reimbursement from the Federal Emergency Management Agency (FEMA). Hancock said not having that funding means they can't implement necessary programs.

"We could have further service cuts, quite frankly, if we're unable to get reimbursed," said Hancock. "What it's doing today is it's holding up a lot of the things we need to do under our CARE Act, further efforts we need to take to help our residents as we face this pandemic."

The letter cited a hospitalization rate for people experiencing homelessness as three times that of the general population.

"It would cost lives to divert vaccine from people that are in their 70s to younger healthier people just because they happen to be homeless," the governor said when asked during a news conference Tuesday.