“This thing is so deadly and it’s so confusing.” 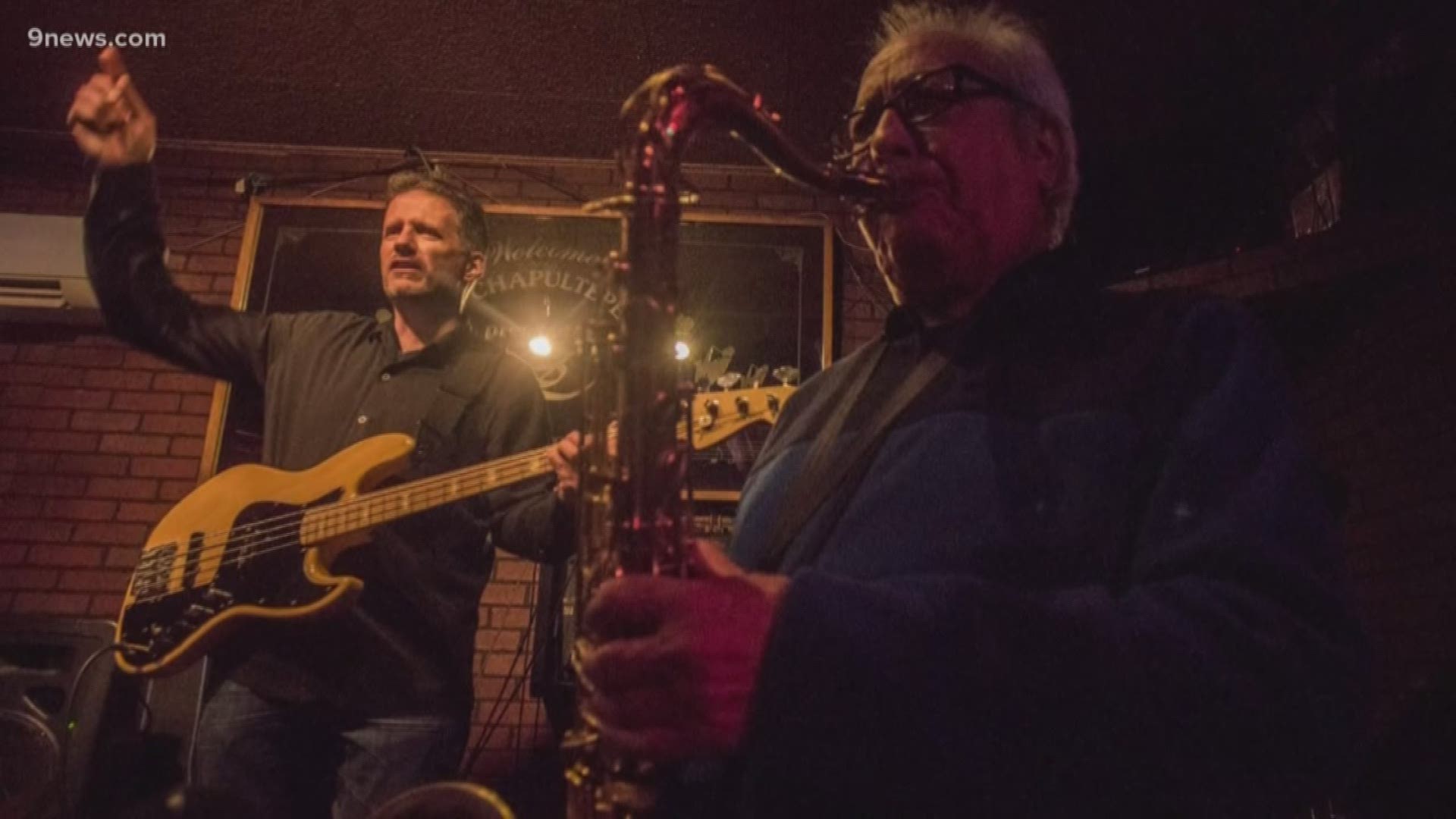 DENVER, Colorado — Before Lower Downtown became synonymous with baseball and drinking, it was the iconic El Chapultepec that brought Denverites to the area. They came to see the world-renowned Freddy Rodriguez Sr. and listen to his saxophone.

“It was a smokin' club. It was jazz that would just take the paint off the wall,” said one of Rodriguez’s many former mentees, Andrew Hudson, who played with Freddy Sr. just two weeks ago. “To say he was a legend doesn’t do him justice.”

Rodriquez’s son and band-mate of 40 years, Freddy Rodriguez Jr., took him to the hospital 11 days ago. Eighty-nine-year-old Freddy Sr. was having trouble breathing. That was the last time he'd see his father in person.

“I am going to miss playing with him. Talking to him. Arguing with him,” laughs Rodriguez Jr. "The man couldn't breathe. The oxygen level was so low. It just happened so quickly. They put him on a ventilator.”

Rodriguez Jr. said in his father's final days, COVID-19 taking its toll, he decided not to risk spreading the virus to other relatives. Something Rodriguez Jr. said he’s having a tough time accepting. He said he did manage to play his father a song on the piano over video chat. A reminder to a legend, that his teachings are serving a generation.

“Let's put it this way, everybody who knew Freddy [Sr.], outside of his family, was a close friend,” chuckled General Manager of KUVO Radio, Carlos Lando. “If you could show somebody something about music, if you could inspire a musician, young or old, Freddy was there.”

Rodriguez Jr. and for Hudson said they had been playing shows with Freddy Sr. at Chapultepec for 20 years. They said it took time and lots of lessons from Freddy Sr. to get a spot in the band.

“When I was in high school back in 1982, would sneak out and go down to the old Chapultepec and sit outside the door on market street and listen to the music,” said Hudson. “Every now and then during a break, he’d come out and talk to us. If we were really lucky and the crowd was a little light he’d let us sit in with the band. I was 15, 16 at the time.”

The last show Hudson played with Freddy Sr. was two weeks ago at “The Pec.” Freddy Sr. may have been old but Hudson said his new pacemaker seemed to be helping.

“He was playing his butt off," Hudson recalled. "He was soloing great. Had a lot of energy."

And that's part of what makes this so hard. The speed at which the virus takes. Takes sound out of now empty jazz clubs. Takes life from friends, wives and sons.

While the virus took Freddie Sr. quickly, Rodriguez Jr. said it won't take away his legacy.

“We're going to continue that love and the love for music, live music. Keep the show going,” said Freddy Jr.

He said a celebration of life for his father, full of music, will be open to the public once the storm passes.

“I can’t stress to everybody in the world, your viewers, that, this is for real. We have to stay home,” he said. “This thing is so deadly and it’s so confusing.”