Denver to step up enforcement of public health orders this weekend

"This could boil over at any time," said the city's director of public health in an update Friday on Denver's response to the coronavirus pandemic. 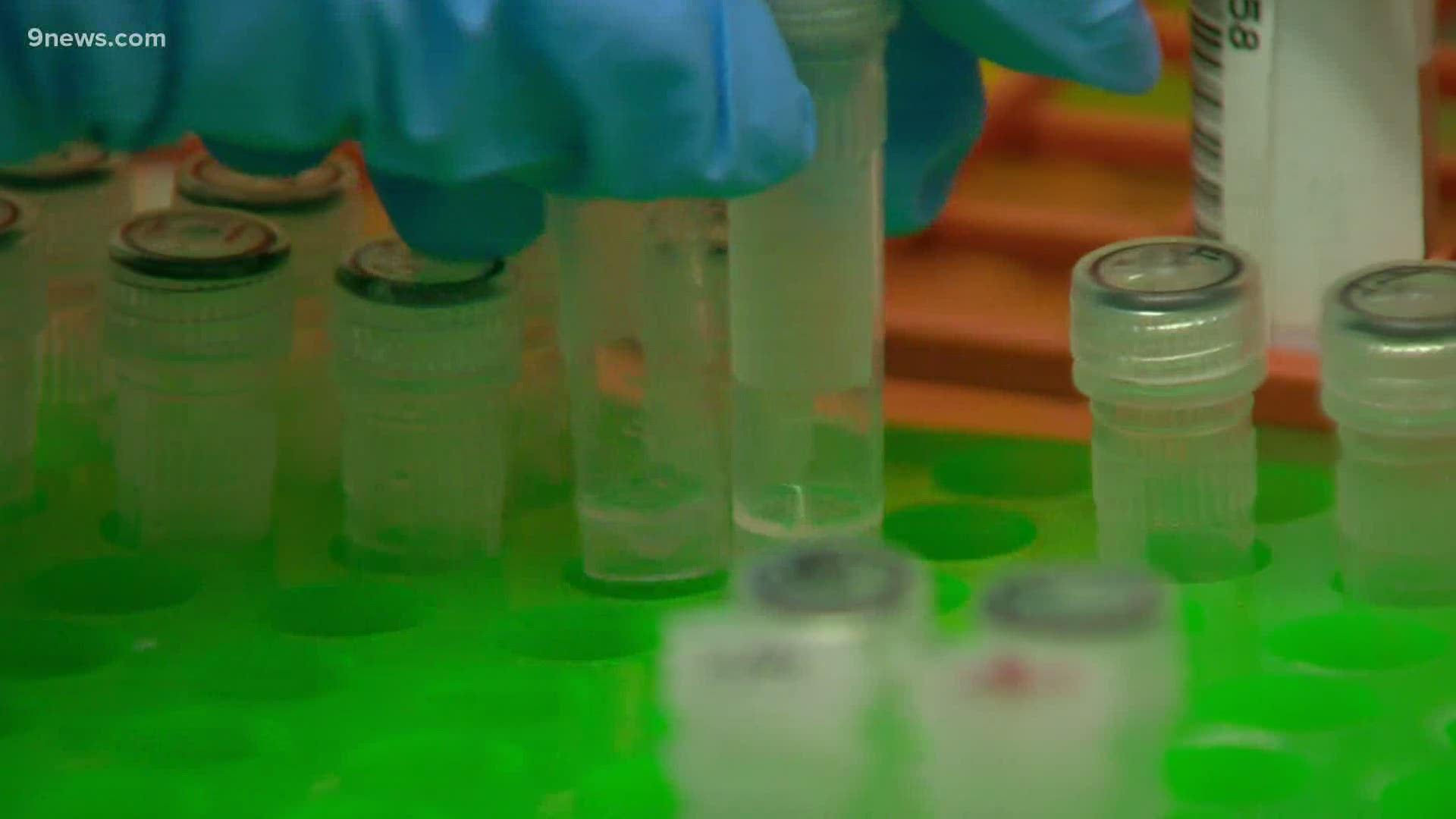 DENVER — Denver plans to again step up its enforcement of public health orders this weekend. Those orders includes face-coverings, social distancing and the last-call rule for liquor sales.

That was what both Mayor Michael Hancock and Bob McDonald, executive director of the Denver Department of Public Health and Environment (DDPHE), said in an update Friday on the city's response to the coronavirus pandemic.

The reason: An increase in case numbers and hospitalizations above a certain level could trigger rollbacks in variances granted by the state health department, Hancock said.

"This is what we want to avoid," Hancock said. 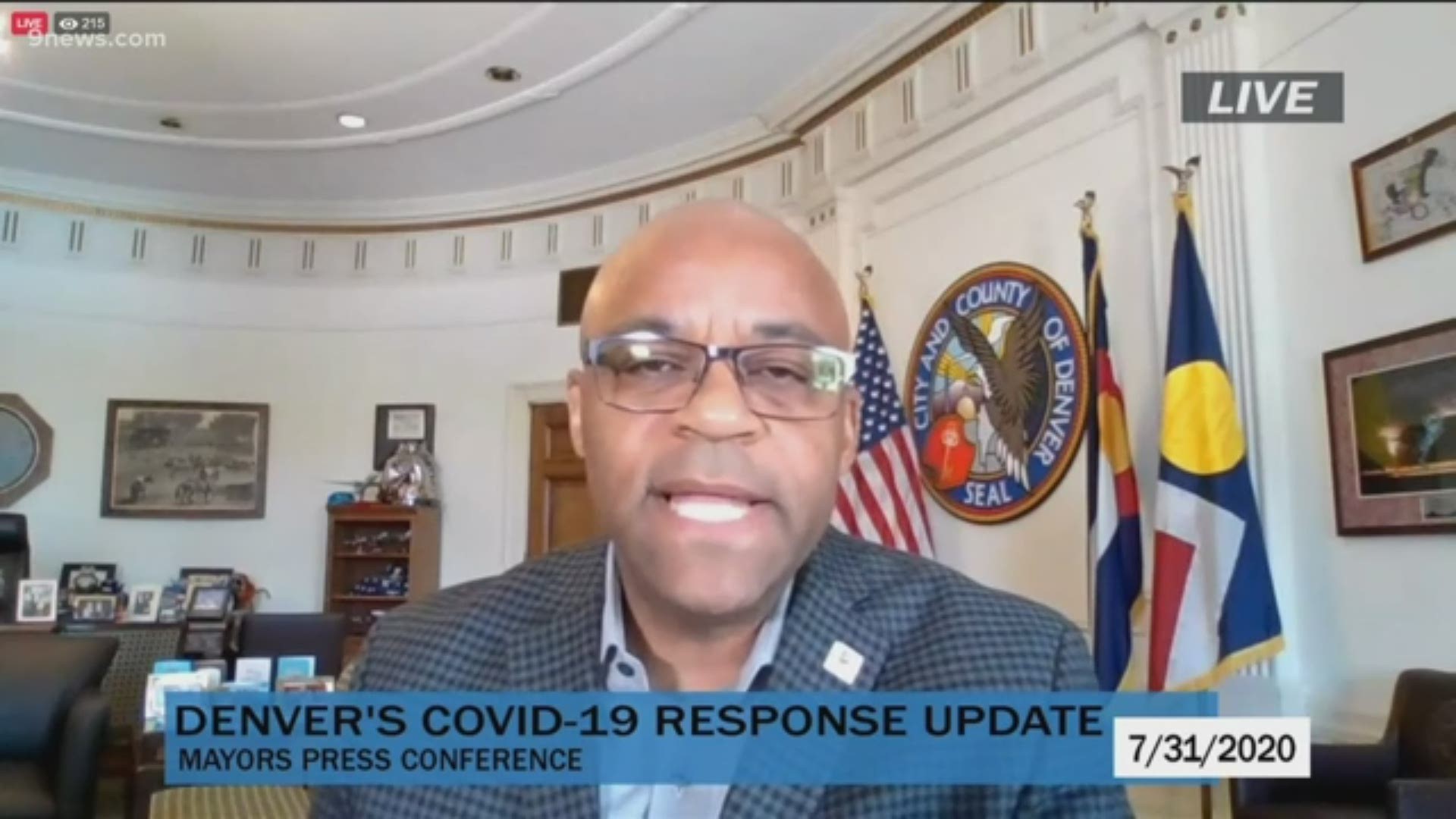 Denver is in the green on the metrics related to COVID-19: the seven-day averages on case numbers, positivity rates, hospitalizations and ICU bed capacity. City leaders said just because Denver's metrics are good right now doesn't mean there's no cause for concern.

"This can boil over at any time," McDonald said. "We need to be diligent with enforcement."

Denver has seen 9,529 cases and 408 deaths as of July 30 due to COVID-19, according to the Colorado Department of Public Health and Environment (CDPHE).

Data from DDPHE shows Denver with more than 100 new cases per day over the past five days, though the number of new cases has hit a plateau in the past couple days.

"But the plateau is occurring at a dangerously high level," Hancock said. "We need more than just a plateau to feel better. We need a steady decline."

DDPHE investigators and Denver Sheriff Department deputies will monitor compliance with health orders and enforce the rules, according to a DDPHE press release.

The city enforcement teams will focus on:

The city has issued 30 citations since May, mostly violations of the mask mandate. There have also been 12,416 warnings issued, according to DDPHE.

"Compliance is critical at this stage," Hancock said. "Everyone doing their part means that we can get back to a fuller reopening sooner."

Denver and the state are working together to keep open the testing site at the Pepsi Center. Hancock told Next with Kyle Clark this week that the site was completely out of funding, but that the city was working with the state of Colorado on a plan.

"The site will not be closing down after today," Hancock said. "The site will continue to operate uninterrupted for the foreseeable future."

The Denver Department of Public Safety told Next on Wednesday that Denver has spent $11.7 million to operate the site and expects that the Federal Emergency Management Agency (FEMA) will eventually reimburse 75% of the costs. Money from the CARES Act is expected to pay for the rest.

In the meantime, the City of Denver pays the operational costs. Next was told on Wednesday that the city and state will evenly split the cost of the testing site moving forward.

The state is also reviewing its contract with LabCorp, the company that processes COVID-19 tests administered at the Pepsi Center. Some patients have reported waiting 10 days for results.