The officers and Chief Paul Pazen are taking part in the Moderna trials at UCHealth. 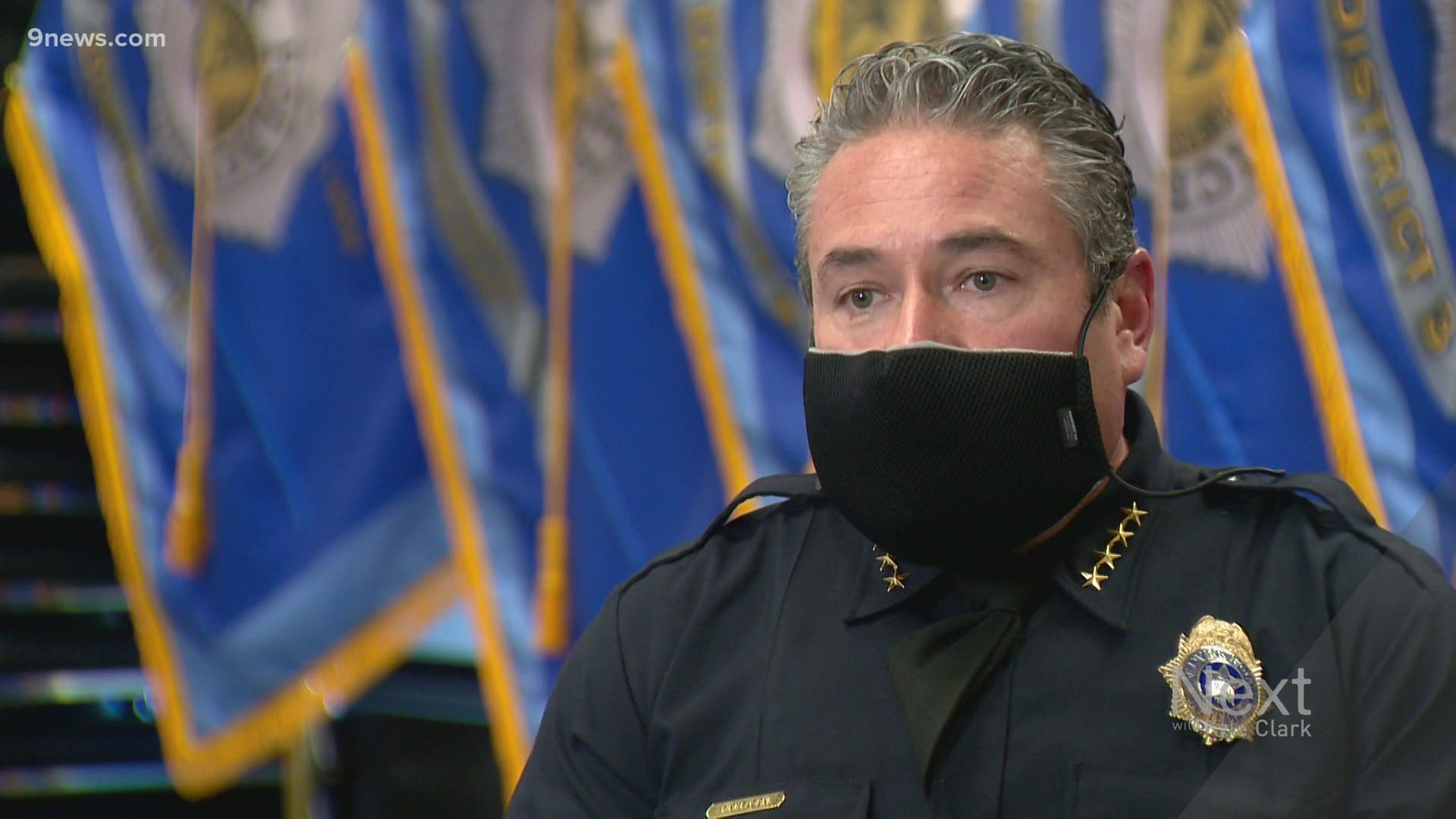 DENVER — The sworn members of the Denver Police Department (DPD) have all taken an oath to uphold the constitution of the U.S. and faithfully perform the duties of a police officer.

They did not swear to do their part to help end one of the most serious public health crises in the nation’s history; but, in fact, that’s exactly what many of them are doing right now.

Late this summer, Denver Police Chief Paul Pazen approached doctors at UCHealth about the possibility of enrolling police officers as volunteers for a trial of the Moderna COVID-19 vaccine.

"We did this because we…want to make sure we’re helping to advance safety in our community," said Pazen.

Dr. Thomas Campbell, who is heading the COVID vaccine trial at UCHealth, said he leaped at Pazen’s offer because police officers were exactly the type of people they were hoping to enroll.

"We wanted to enroll people who, because of their occupations, were at increased risk of exposure," Campbell said.

Another benefit was that DPD was able to provide volunteers of many ages and from a wide variety of ethnic backgrounds.

All told, according to the department, 144 sworn members of the force volunteered, including Pazen, who received his first injection in late August, and his second, and last injection, 28 days later.

UCHealth said out of the initial group of volunteers, at least 18 officers were actually enrolled in the trial.

"I’m not going to ask my officers to do something I’m not willing to do," said Pazen. "I don’t know if I have the placebo or the real vaccine, it’s a 50/50 coin flip."

Pazen said so far, no DPD officers involved in the trial have experienced any serious side effects. Despite Moderna's claims that the vaccine has already been found to be effective, the trial will continue for about another two years.

RELATED: VERIFY: Can you take both COVID-19 vaccines? Why experts say to stick with just one

During that time, the officers will be filling out electronic diaries and going to UCHealth for occasional physical exams.

It’s all about protecting and serving, according to Pazen, though clearly not in the way that most police officers are used to.

"Certainly reveals the character that they have in wanting to sacrifice in many ways to help our community get through this very difficult time that we find ourselves in," Pazen said.