Fans will also be prohibited at college and high school sports under the order, which will be in effect through Dec. 7. 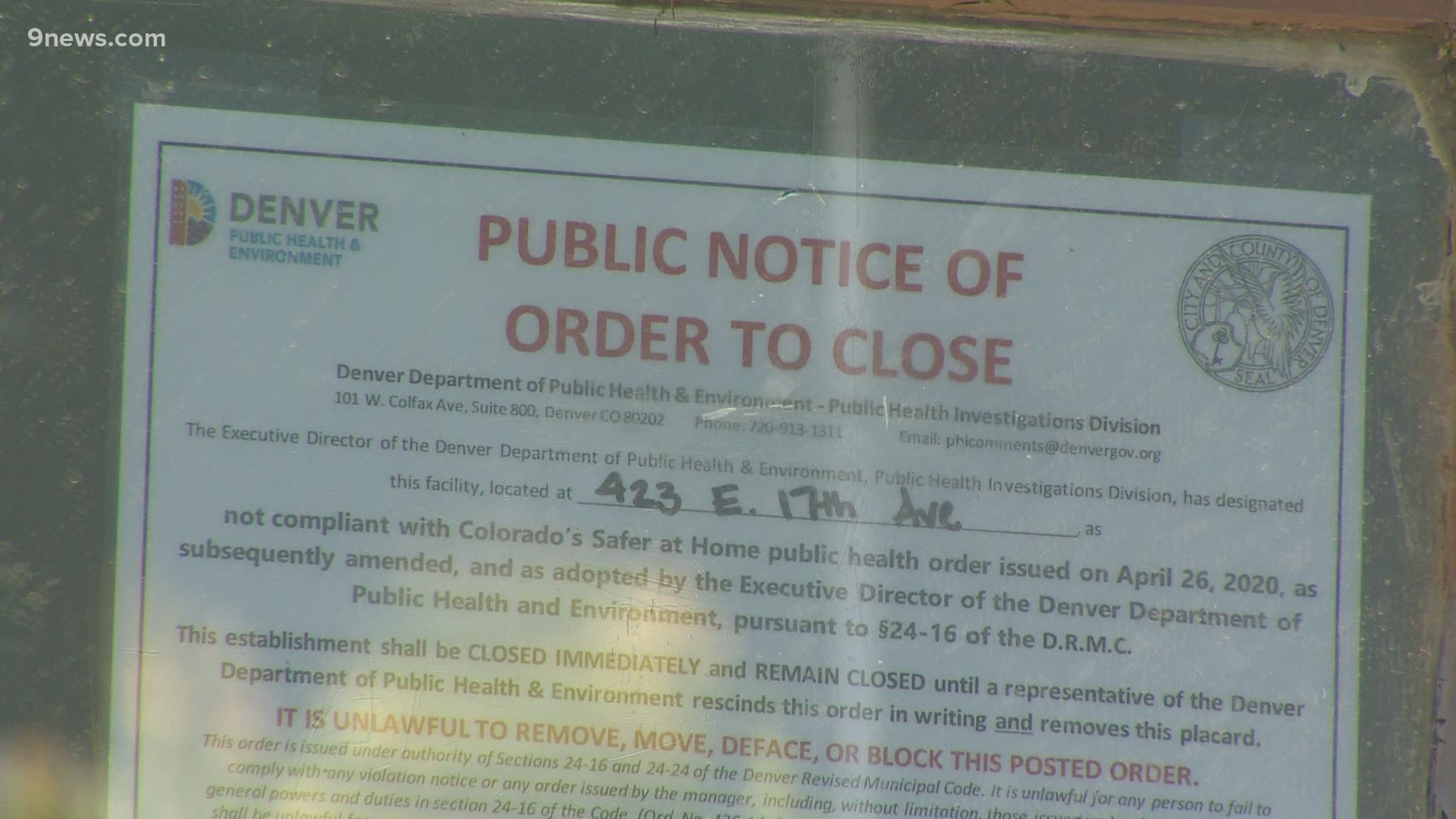 DENVER — A "Home by 10" public health order went into effect Sunday in Denver in an effort to slow the spread of COVID-19 as hospitalizations related to the virus reached an all-time high in the state.

"We're on a dangerous path," Denver Mayor Michael Hancock said Friday. "Most of the country is seeing the virus come back with a vengeance with the cold season."

Hancock and the leader of the city's health department, Bob McDonald, made the announcement about the health order during an update Friday morning.

Under the order, any business not defined as critical must close to the public during "Home by 10 hours" which are between 10 p.m. and 5 a.m. Critical businesses include, but are not limited to, hospitals, grocery stores and pharmacies.

No alcohol sales or consumption after 10 p.m. will be permitted at any facility that sells alcohol, including restaurants and grocery and liquor stores. Restaurants will still be able to offer food takeout and delivery after 10 p.m.

Groups at restaurants will also now be limited to six people from no more than two households, down from 10 people, for the duration of the order, which is currently set to expire Dec. 7.

On Sunday morning, restaurant owners like Danny Newman were ready to adjust their hours and prepare for yet another change due to COVID-19.

“The biggest thing we’ve learned over these last few months is that we can’t be too married to any specific schedule," said Newman, owner of My Brother's Bar in Denver.

Newman has gotten used to adapting during the pandemic. His bar and restaurant recently installed pods for outdoor seating.

“I think we’re getting better at kind of just rolling with it as any new restrictions, regulations, ect. come up," Newman said.

The new order will require Newman to close down My Brother's Bar at least a half hour earlier to allow time for staff to clean up and guests to leave. Newman said he understands the intention behind the new rules, but he hopes they don't have unintended consequences.

“In real terms, people really are turning to house parties and get-togethers like that where we know there’s not the distancing," Newman said. "There’s not the kind of spacing that we can do.” 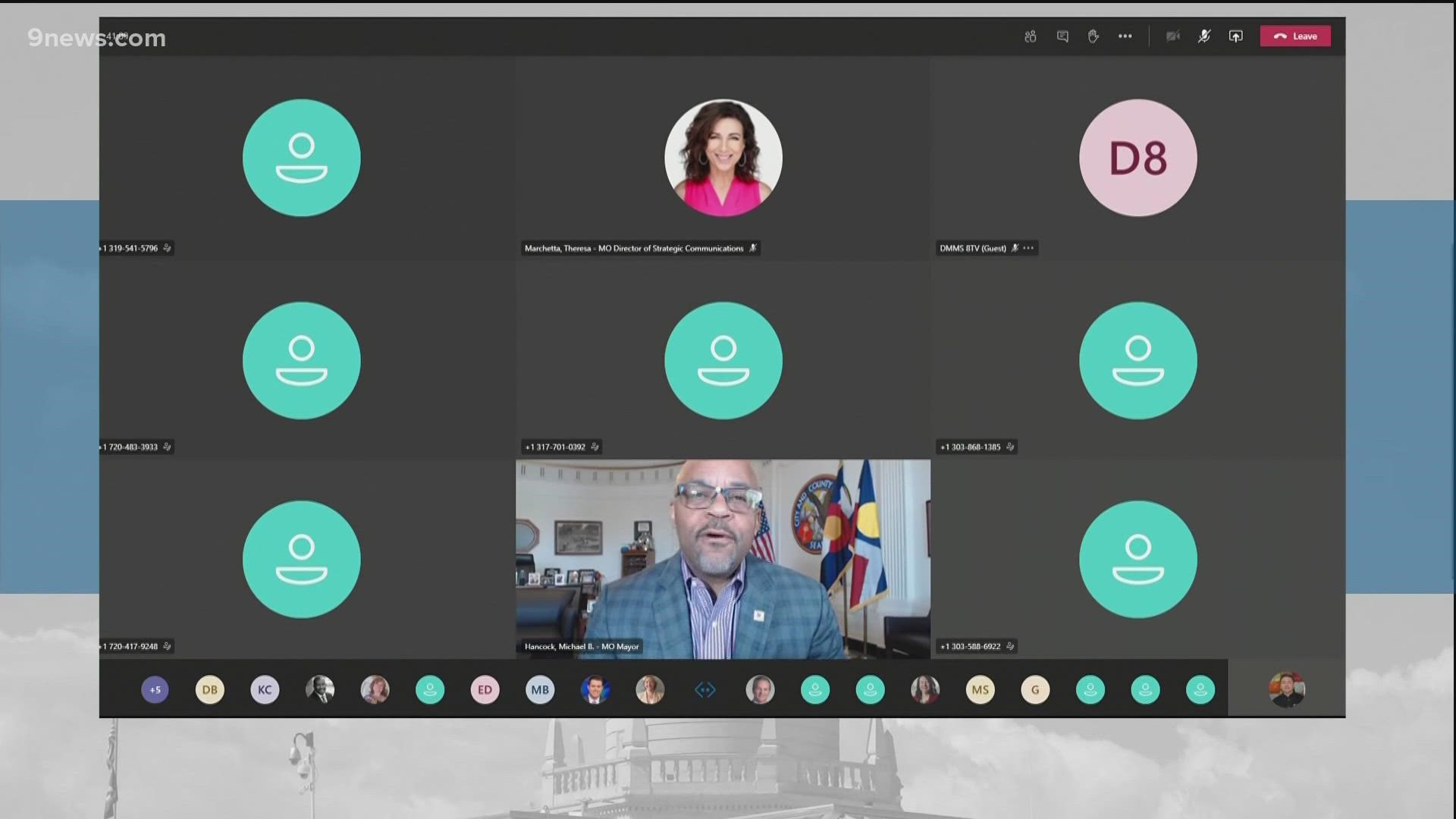 RELATED: Over 50 COVID-19 testing sites open in Colorado; here's how to find one

Residents are urged to be in their own homes after 10 p.m., however, unlike a traditional curfew, which is a public safety measure, officials said people aren't required to stay indoors but are strongly encouraged to do so. That means things like walking a dog or taking a run after 10 p.m. would be allowed, but egregious violations such as large gatherings with no masks or social distancing would be a concern.

He said, for the most part, businesses have gone above and beyond to operate safely amid the pandemic, and said those regulated spaces are not the problem.

"It's people getting together in unregulated social spaces," he said. "But it will be our favorite local businesses and our individual ability to be together with others that suffer the consequences of bad decisions and unsafe behavior."

The order will be in effect for 30 days with an exemption for Thanksgiving Day. It's another effort to avoid moving to a second stay-at-home order, which remains under consideration if things don't improve.

"Another stay-at-home order is still a tool in the toolbox, particularly if there is any significant risk that our healthcare system could be overwhelmed," said Hancock.

On Thursday, Gov. Jared Polis (D-Colorado) presented a bleak look at the status of COVID-19 in the state, saying the state had reached an all-time daily high with hospitalizations related to COVID-19. He and state leaders urged everyone to cancel their social plans over the next few weeks and warned that if nothing changed, we could exceed ICU capacity by the end of December.

"I want to be very clear with everyone, with how it's going now, another stay-at-home order is in our future if we don't act with urgency and care for one another to change the behavior that is leading to these increasing cases," said Hancock.

Last week the city moved to the Safer at Home Level Orange, which is just one level away from the most strict level, which is red, or Stay at Home.

Summit County and the City of Pueblo already ordered curfews. Numerous counties across the state, including many in the Denver metro area, have been moved or will be moving to more strict levels on the state's COVID-19 dial.