Colorado's main testing site, in Denver, is dealing with supply issues and will cut its hours in half. 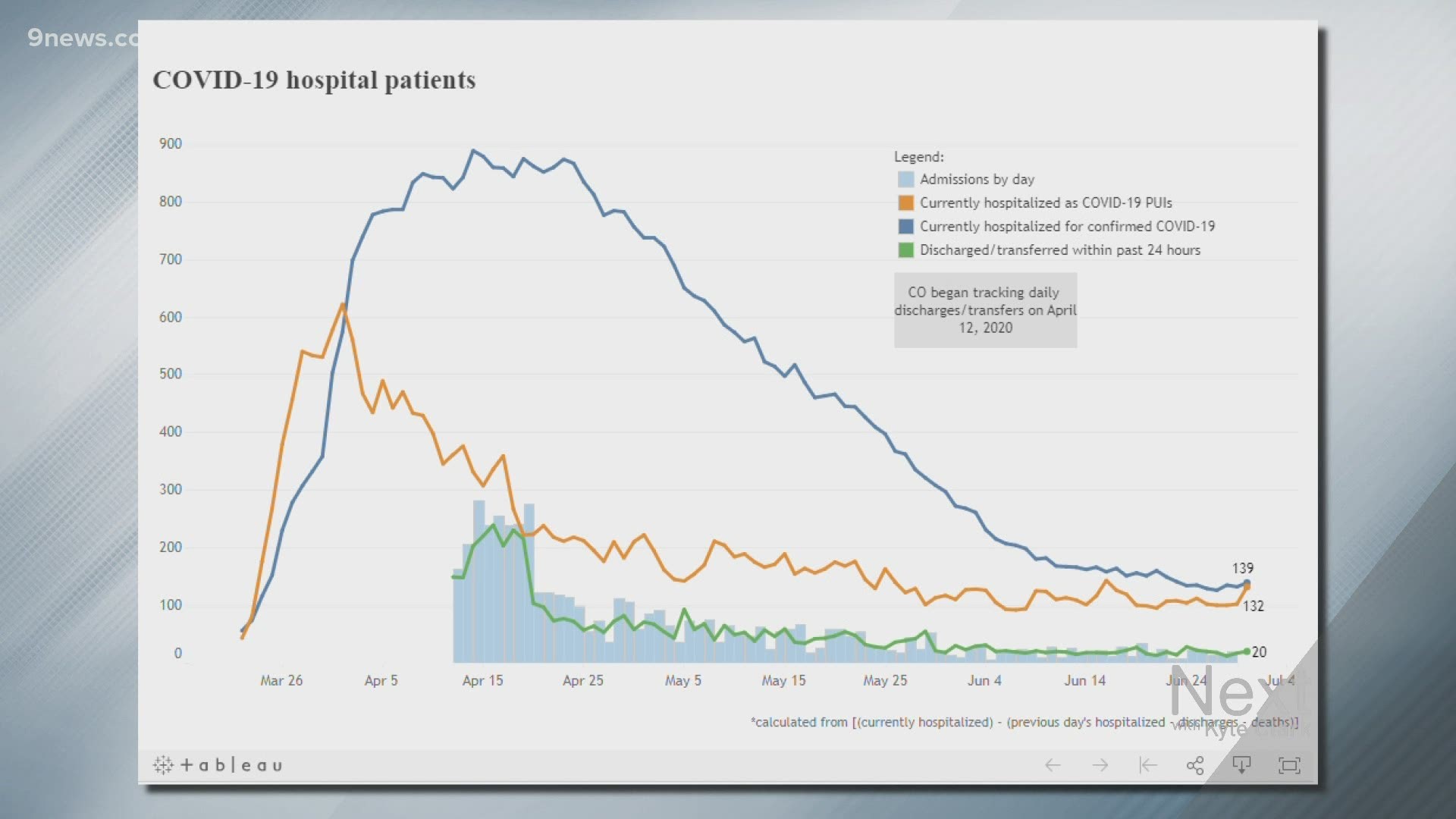 DENVER — UPDATE: The city announced Wednesday that the Pepsi Center site will not reduce hours after all after getting 10,000 kits from the state. Read more here.

The COVID-19 testing site at the Pepsi Center, located in downtown Denver, will begin operating with reduced hours just as the number of cases in Colorado begins to rise slightly.

This change was not made because of a reduced need for testing in Denver, but rather because the surge of novel coronavirus cases in other states has caused a testing kit shortage.

“Due to the resurgence of COVID-19 in Arizona, Texas and Florida, Denver’s testing partner, LabCorp, is experiencing a shortage of testing kit availability nationwide. This shortage is impacting the number of testing kits available to Denver for our drive-up community testing site at the Pepsi Center,” the city’s Department of Public Safety wrote it in a statement.

People can now visit the state's busiest testing site from Monday to Friday, between 8 a.m. to noon. Previously, the site was open seven days a week. The testing site will be closed July 3 through July 6, as already scheduled, because of the holiday weekend.

It’s unclear if other testing locations in Colorado will have to reduce hours for similar reasons.

While Colorado remains well below its hospital capacity for COVID-19 patients, the number of patients seems to have stopped declining. Overall, there's been a small uptick in the number of COVID-19 cases in the state in the last two weeks, as well.

According to the city, 2,009 people visited the Pepsi Center on Monday to be tested for COVID-19 – a record-setting number for a single day. More than 34,000 tests have been administered at the Pepsi Center since the site opened.

Testing at the Pepsi Center is free.