A mobile testing unit, the economic impact on the city, contact tracing and the mask mandate were also addressed at a Tuesday news conference. 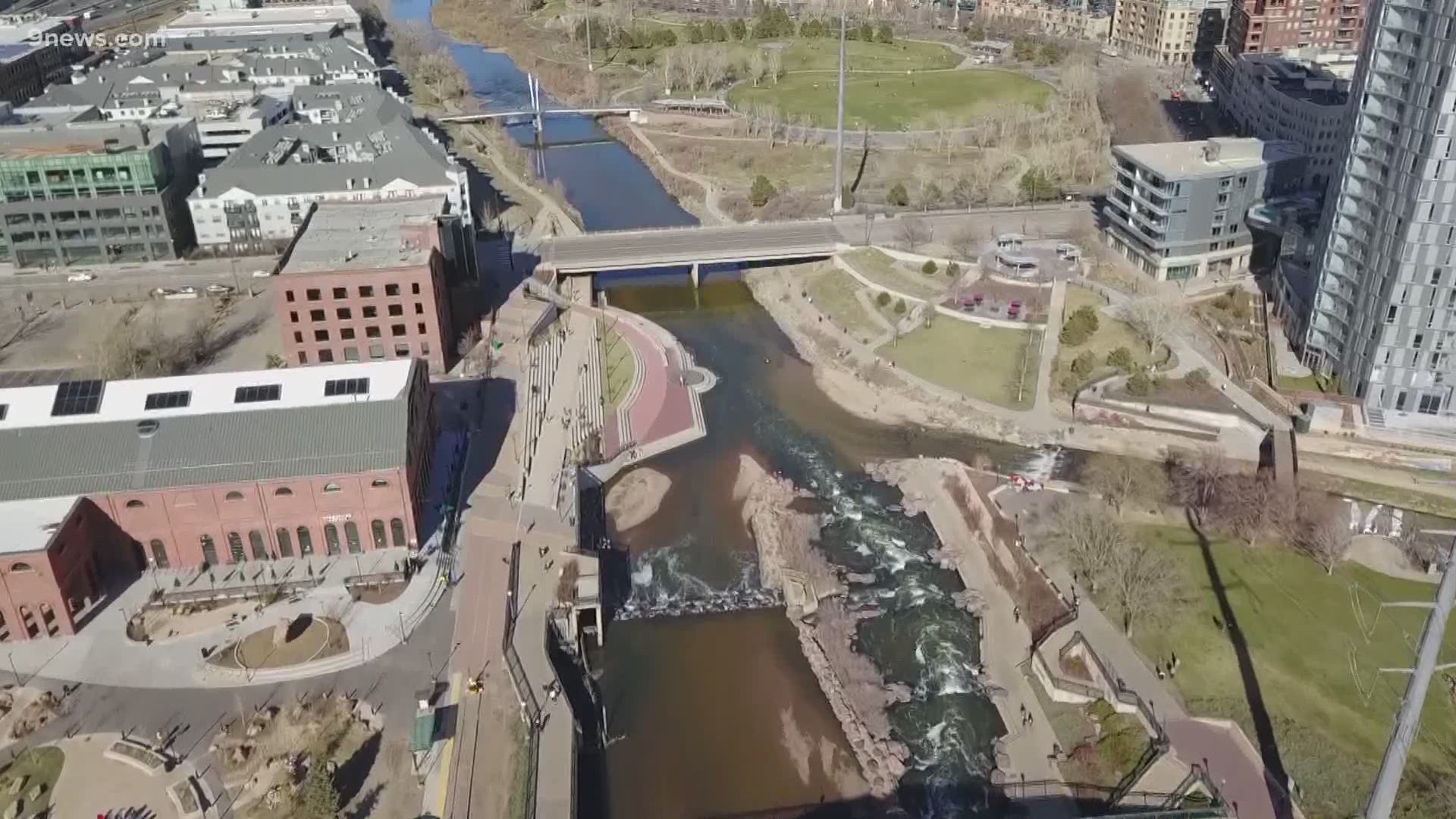 DENVER — The city of Denver will officially transition to a safer-at-home order on May 9 and will follow the same guidelines previously outlined by Gov. Jared Polis (D-Colorado) last week.

Denver Mayor Michael Hancock had said last week that he didn't plan to extend the stay-at-home order, but officially said Tuesday afternoon that it would be allowed to expire.

That means some places like hair salons, nail salons and retail stores will be allowed to open with strict guidelines in place.

While the number of cases has not declined, Denver health officials said the rate of hospitalizations is as low now as it was at the beginning of the health crisis in our state.

"While we're excited, I want to remind everyone that many establishments will remain closed, like restaurants, bars, venues, stadiums and arenas, gyms, indoor malls, playgrounds, tennis and basketball courts," Hancock said. "As per state's order, large gatherings above 10 people will stay in effect until May 26th."

In his briefing, Hancock addressed guidelines for re-opening businesses, announced a mobile testing unit and said that 100 people were being trained to perform contact tracing.

Cases of the novel coronavirus were first reported in Colorado in early March, and since then, the number of cases has continued to climb. As of Monday evening, there nearly 17,000 cases and 851 deaths related to the virus.

RELATED: Starting May 6, you'll be required to wear a face mask in Denver

Hancock said they now have the ability to test up to 1,000 people per day and are launching the "Wellness Winnie," which will enable people to be tested at their homes.

Those tests will be free, but as of now a referral from a doctor is still required; however, Denver officials said they're working on a standing order that, once in place, will allow people to get a test without that referral.

To find out if you qualify to use the mobile testing service, contact 311. Callers will be asked some questions to ensure they meet the requirements, and then be scheduled for a visit.

As of now, The Winnie is planned to operate five to six days per week, during normal business hours.

Hancock announced that the city is already facing at least a $180 million budget gap due to lost revenue that he said can't be filled "without some sacrifice."

He said he asked the Colorado Congressional delegation to secure direct funding relief for city and state governments in the next federal stimulus package.

"If our cities cannot provide basic services and recover sufficiently, then there will be no national economic recovery. In our nations, our metro regions, made up primarily of urban cities, constitute 91% of this nation's GDP," he said. "We must get our cities on a fast track to recovery."

He said he also formed and Economic Recovery and Relief Council that's made up of business and community leaders. He said there are four subcommittees that will each focus on a different area. Those include the following:

On Tuesday, 45 people were being trained for contact tracing, and an additional 55 people will be trained in the coming weeks.

Once trained, staff will interview people who have been diagnosed with COVID-19 to determine who they may have been in close contact with during the time they were considered to have been infectious.

Staff then warn these individuals, or contacts, of their potential exposure as quickly and sensitively as possible. To protect patient privacy, contacts are only informed that they may have been exposed to an individual with the infection.

They are not told the identity of the person who may have exposed them. They are offered resources and support. 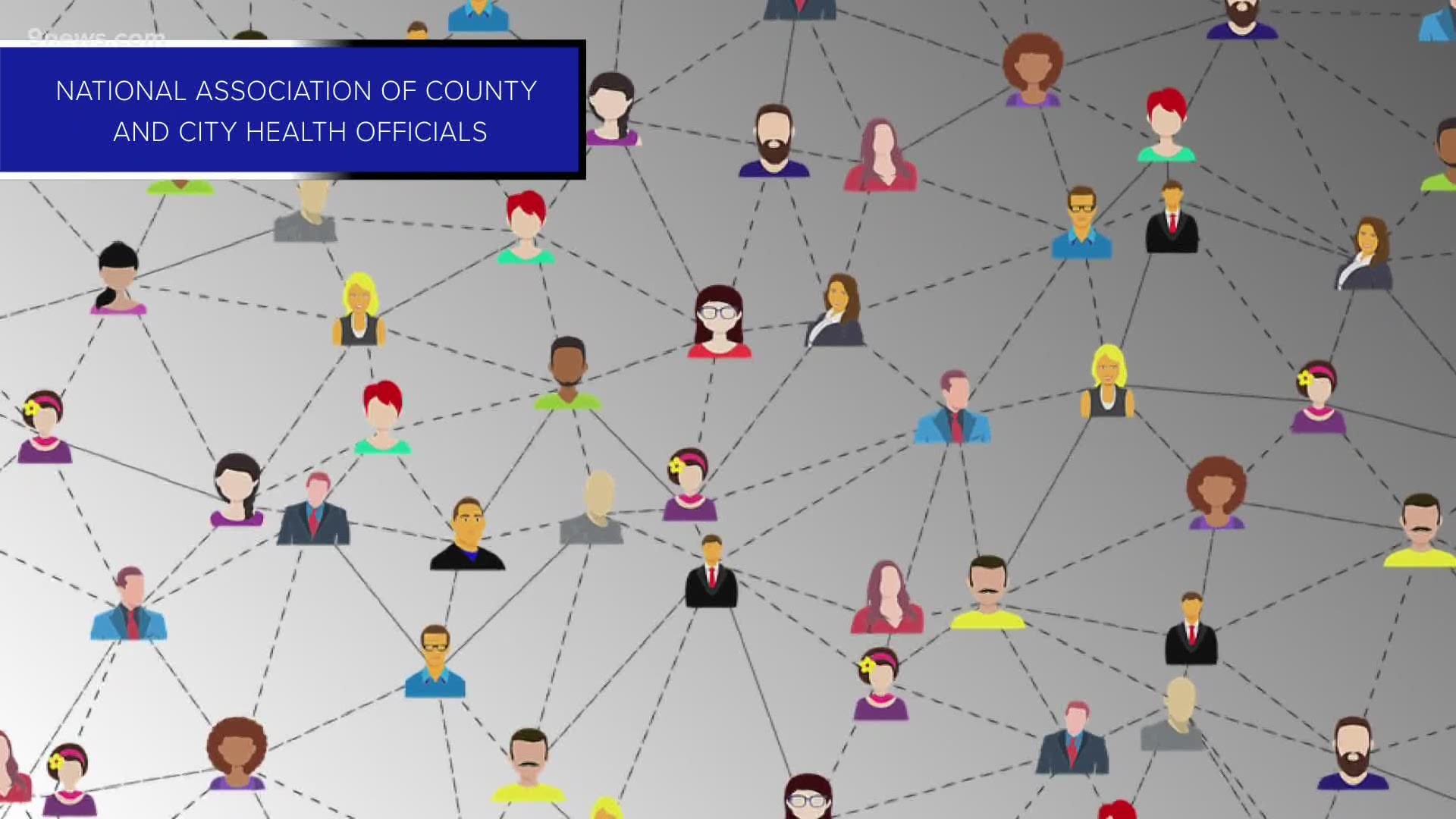 Beginning Wednesday, face coverings will be required in public places within the city for everyone over 3 years old, except those with medical exceptions.

Under Denver’s public health order, face coverings will be required for customers and employees while inside of or waiting in line to enter businesses, public transportation or places that offer health care services.

Denver's mask ordinance directs businesses to take reasonable steps to keep people without masks out and to refuse service to people not wearing masks.

RELATED: Here are the Colorado cities where face masks are required in essential businesses

She said they understand that they will never likely get 100% compliance with the order.

"If we go to a store and we see no signage about the face-covering order and 100% [of] people in there are not wearing a mask, I would suggest that it is probably not a good-faith effort and is probably going to be worthy of a citation," she said.

RELATED: Airport among places where you'll be required to wear a face mask

Masks are not required when walking outside, exercising outdoors or when driving in a personal vehicle.

"I strongly recommend wearing one when you're out and about," Hancock said. "I want you to look at it this way: When I see people wearing face masks, I know they're doing everything they can to protect me."

Colorado's state-wide stay-at-home order expired on April 27 and the state transitioned to the safer-at-home phase. However, like Denver, many local governments in the metro area extended their order through May 8. 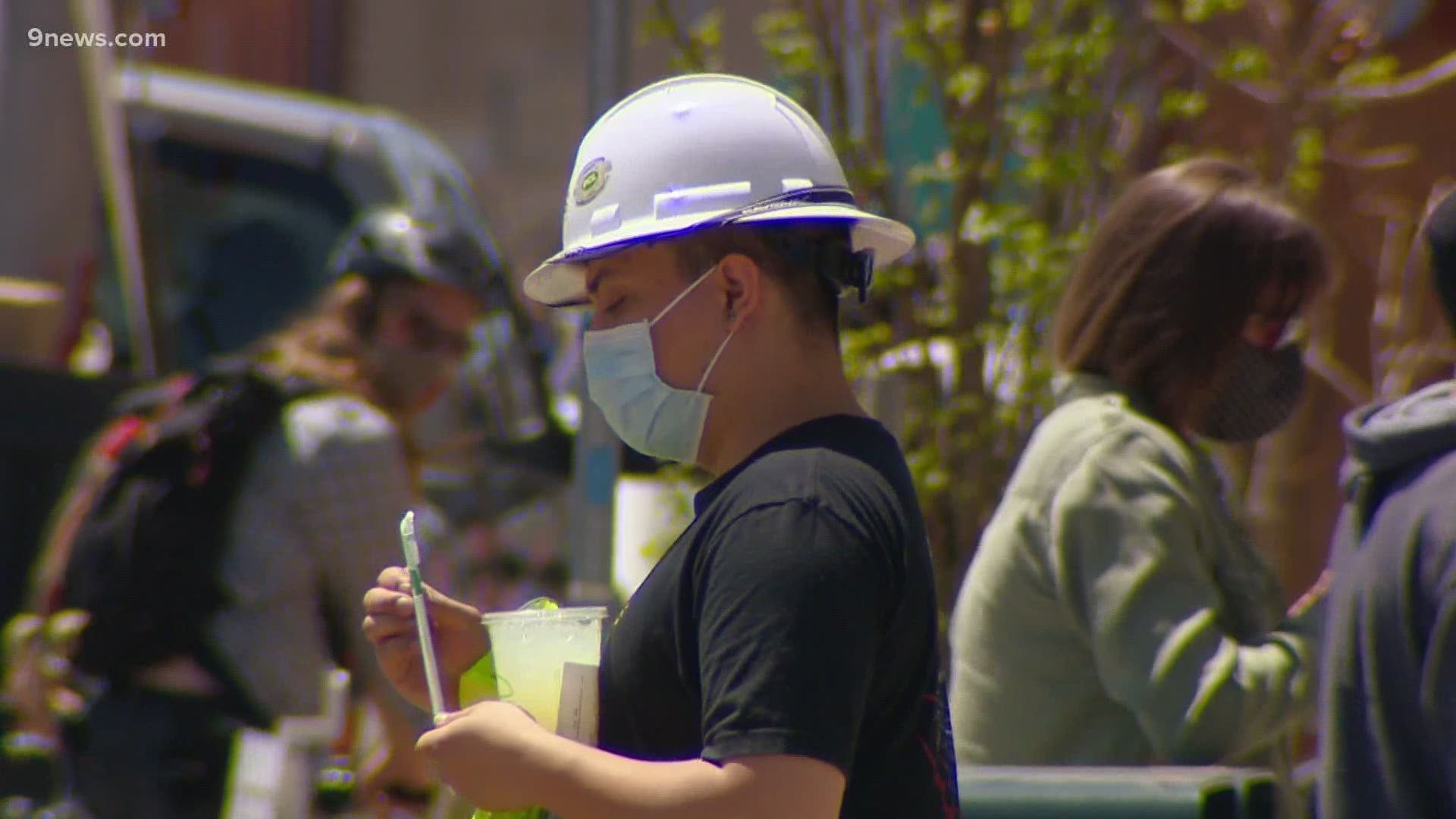 During Tuesday's webinar, Hancock said he's unsure when Phase 2 of reopening the city will happen. He said it depends on things like data and compliance from residents.

He added that there is a possibility summer camps could open but capacity might be down and there would be regulations in place.

"This is going to be a different summer than we are used to," he said explaining that summer camps, concerts and events will be rolled back if not completely canceled.