Douglas County is the first in the metro area to receive approval for the 5 Star Variance Program, which allows certain businesses to immediately reopen indoors. 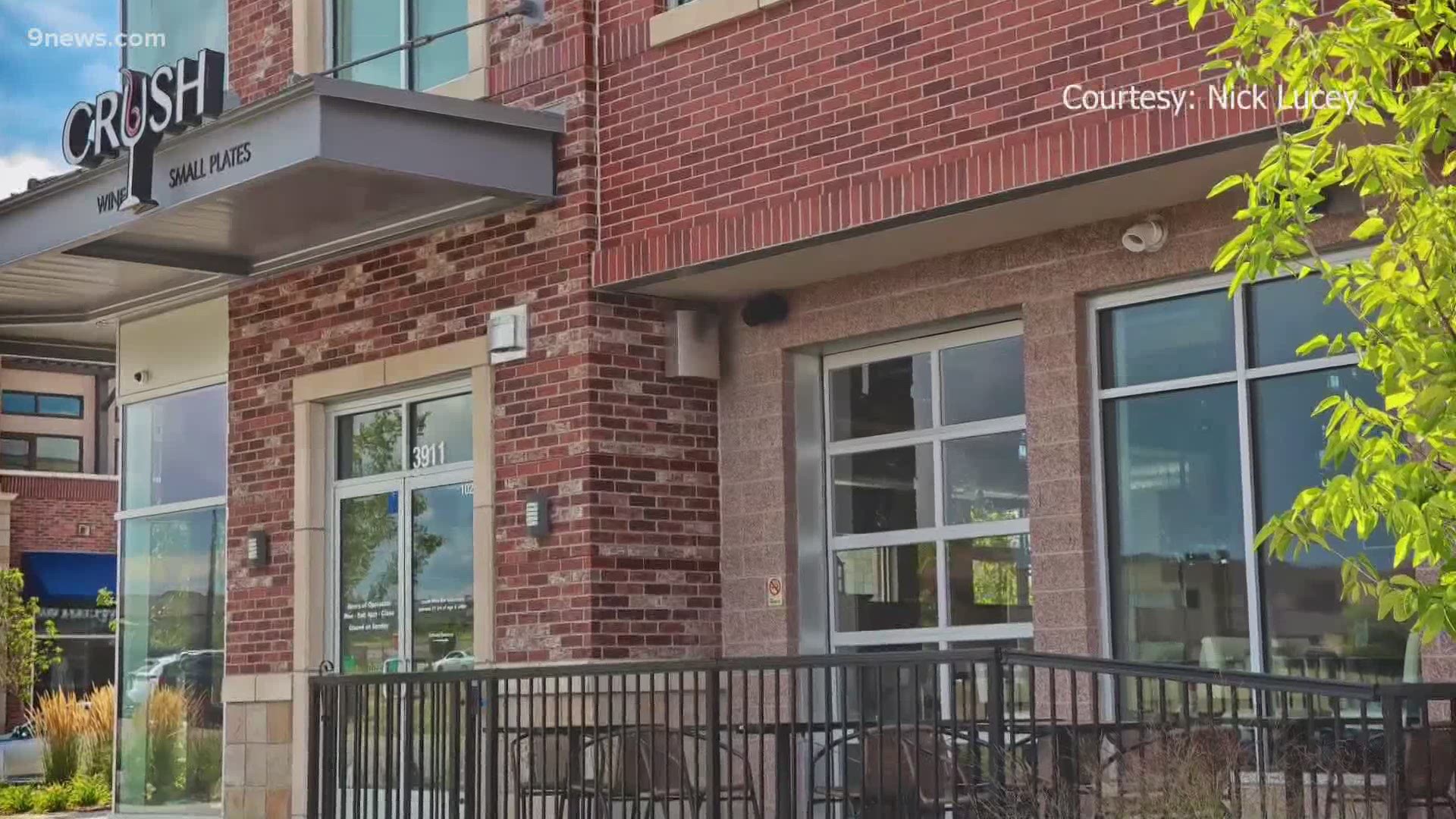 DOUGLAS COUNTY, Colo. — Douglas County has become the first in the Denver metro area to receive state approval for the 5 Star Variance Program, which means numerous businesses now have the go-ahead to serve patrons indoors.

The county said 18 restaurants, 14 gyms and one indoor event venue are now clear to reopen indoors immediately at 25% of their capacity.

The county posted a list of those businesses here.

More than 100 other businesses are currently undergoing an approval process to also reopen indoors under the program, Douglas County said.

RELATED: What customers should know before going to a '5-star' approved business

"We’ve had a steady decline in the number of cases and hospitalizations, which is really good news," Tri-County Health Department Deputy Director Jennifer Ludwig told 9NEWS. "This provides an opportunity for businesses to be open even though they're in level red."

The 5 Star program allows counties experiencing COVID-19 conditions to allow businesses to reopen at lower levels on the dial, as long as they follow precautions to avoid spreading the virus.

Ludwig explained that these precautions include proper ventilation systems, a log of daily customer information for contact tracing purposes and 10-feet distances between restaurant tables.

The county must also complete an inspection of the business before giving approval.

"This wouldn't work for every, single business," Ludwig said. "These are businesses who really want to go the extra mile, and we want to be able to support them in doing that."

Crush Wine Bar in Castle Rock is one of the restaurants in Douglas County that received approval to resume indoor dining at a limited capacity.

"Who would have thought a year ago that we would be so happy to be seating at 25% capacity," co-owner James Lewis said with a smile. "It's our livelihood, we do want to be open, but we want to do so in a way that’s safe for our staff, safe for our guests."

The restaurant's revenue has been cut by 60% and more than half of its employees had to be laid off, according to Lewis.

"The timing, on the 23rd of December, to be able to reach out to my employees that have not been working for the last several months and say, ‘Time to get back to it! You guys ready?’ I can’t think of a giving them a better gift, frankly," Lewis said.

Larimer County also received approval from the state. It refers to the 5 Star program as "Level Up." According to the county, 40 businesses have been pre-approved for the program and can reopen immediately, and another 20 are slated to undergo inspections next week.

The program can be suspended if virus rates increase or ICUs near capacity, according to the Colorado Department of Public Health and Environment (CDPHE).

The 5 Star program is aimed at heading off the economic impact of COVID-19 restrictions, which have caused detrimental revenue loss for businesses like restaurants and gyms.

Under the level red restrictions that many front range counties are under, indoor dining is barred at restaurants, who have had to rely on takeout, delivery and outdoor seating.

Mesa County was the first to receive a 5 Star variance, and the program has since been implemented statewide. Summit County is also been among the first to approve some indoor dining under the program.