The state health department granted Douglas County a variance to the state's safer-at-home order that goes into effect immediately. 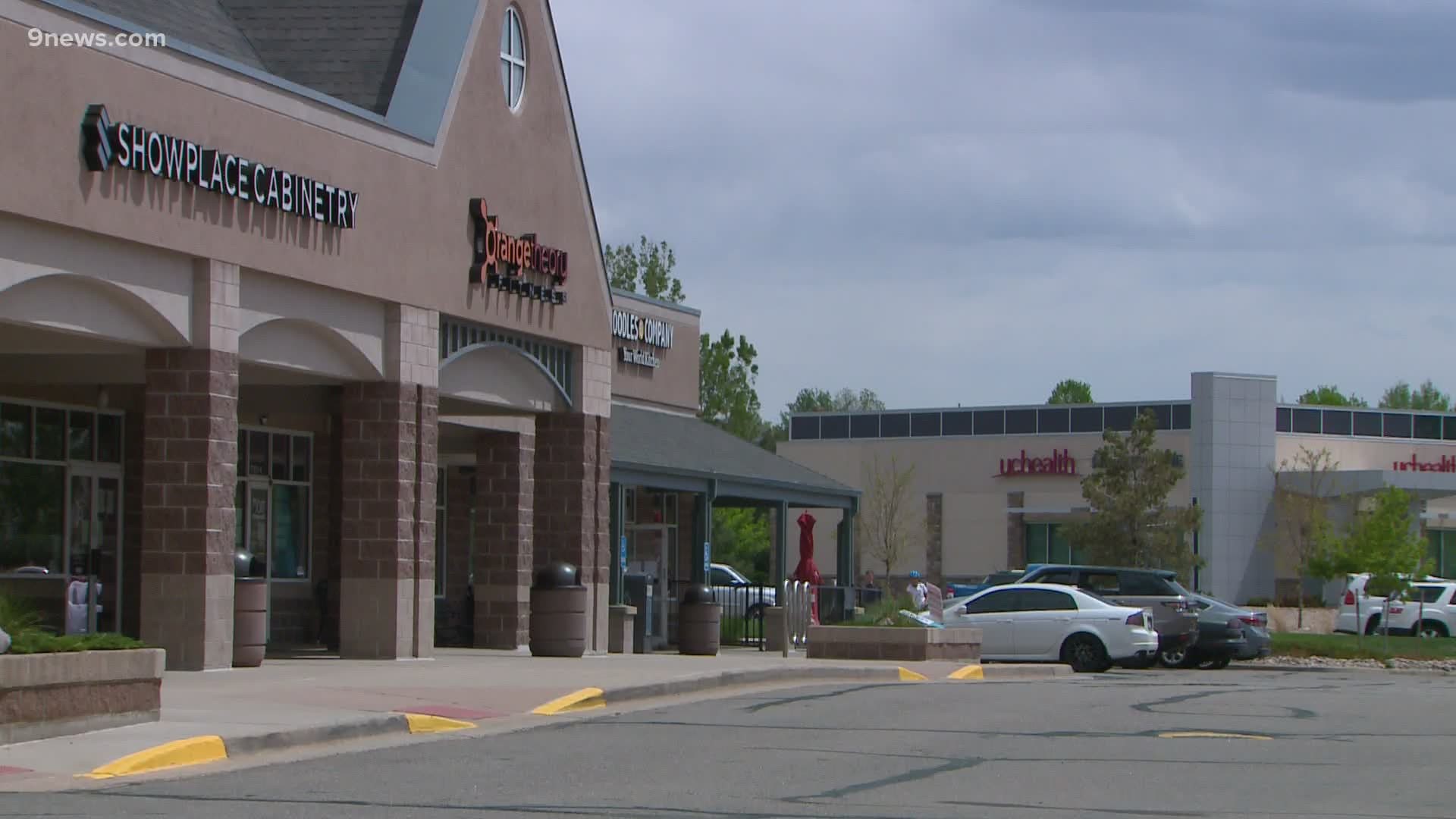 DOUGLAS COUNTY, Colo — Restaurants, gyms, churches and Park Meadows mall could all reopen soon, after the executive director of the Colorado Department of Public Health and Environment granted a variance request for the county Friday night.

In a two-page letter, the head of the state health department granted the detailed proposals with one amendment: capping occupancy levels at 50 percent of the posted capacity, allowing for a minimum of 28 square feet per person not to exceed 175 people, the letter said.

The variance goes into effect immediately, according to Douglas County. Larimer and Teller counties also received approval for variance requests on Saturday.

The letter said it is critical to monitor indoor common areas inside Park Meadows to ensure gatherings aren't happening.

In a detailed plan, released by the mall earlier this month, mall administrators said they planned to monitor the hallways with surveillance cameras inside the Lone Tree Police substation located on the mall property. Lone Tree officers, who serve as mall security, would help disperse groups inside.

"The data and information included in your request demonstrates that the Tri-County Health Department (TCHD) has a strong public health surveillance system, sufficient hospital capacity, and appropriate thresholds for rolling back the variance if conditions worsen," CDPHE executive director Jill Hunsaker Ryan wrote.

There are strings attached. If the county experiences a growth of the virus triggering two of four potential triggers, the variance would be rescinded.

The triggers include: a 20% increase in positive cases in a three-day rolling average over a 14 day period; more than 100 new cases per 100,000 people in two weeks; a substantial increase in hospitalizations directly related to COVID-19 over a two-week period, or the inability of Tri-County Health to contact trace new cases within 24 hours of a known positive test result.

The county has not released detailed rules for each business, but the variance requests provide a look at what restaurants, gyms and churches might look like.

Restaurants will be limited to 50 percent of their posted occupancy. There must be 6 feet separating tables, according to the variance request.

All restaurants will be required to implement a reservation system and encourage customers to use it. Diners would be encouraged to stay in their cars until the restaurant calls or sends a text message alerting them that their table is ready.

Mixed parties are limited to six people at the table, while members of the same household are limited to 10 people, according to the rules drafted in the variance request.

Diners would be required to wear masks to enter the restaurant and must wear them until they are seated at their table, the request says. Servers and staff must wear masks at all times. Seating at bar isn't allowed unless 6 feet of space can be maintained between groups of people.

Gyms would require much more spacing. According to the request from the county, gyms would need 120 square feet for each person inside. Customers must stay 6 feet apart and immediately sanitize any equipment they use. Locker rooms would remain closed.

Under the proposed rules for churches and other houses of worship, congregants, leaders, volunteers and other staff members would have to wear masks. Congregants would be encouraged to keep their masks on but could remove them during the service if they are separated from others by 6 feet.

All books, pencils and other items must be removed from pews. Communion could only be distributed by people with masks and gloves. Baptismal water would have to be chlorinated.

Since the start of safer-at-home, 20 counties have received a variance, allowing some businesses to reopen with restrictions.

Contact reporter Steve Staeger with tips on this or any story at steve@9news.com.

RELATED: Larimer County can reopen restaurants, churches and malls, but not bars