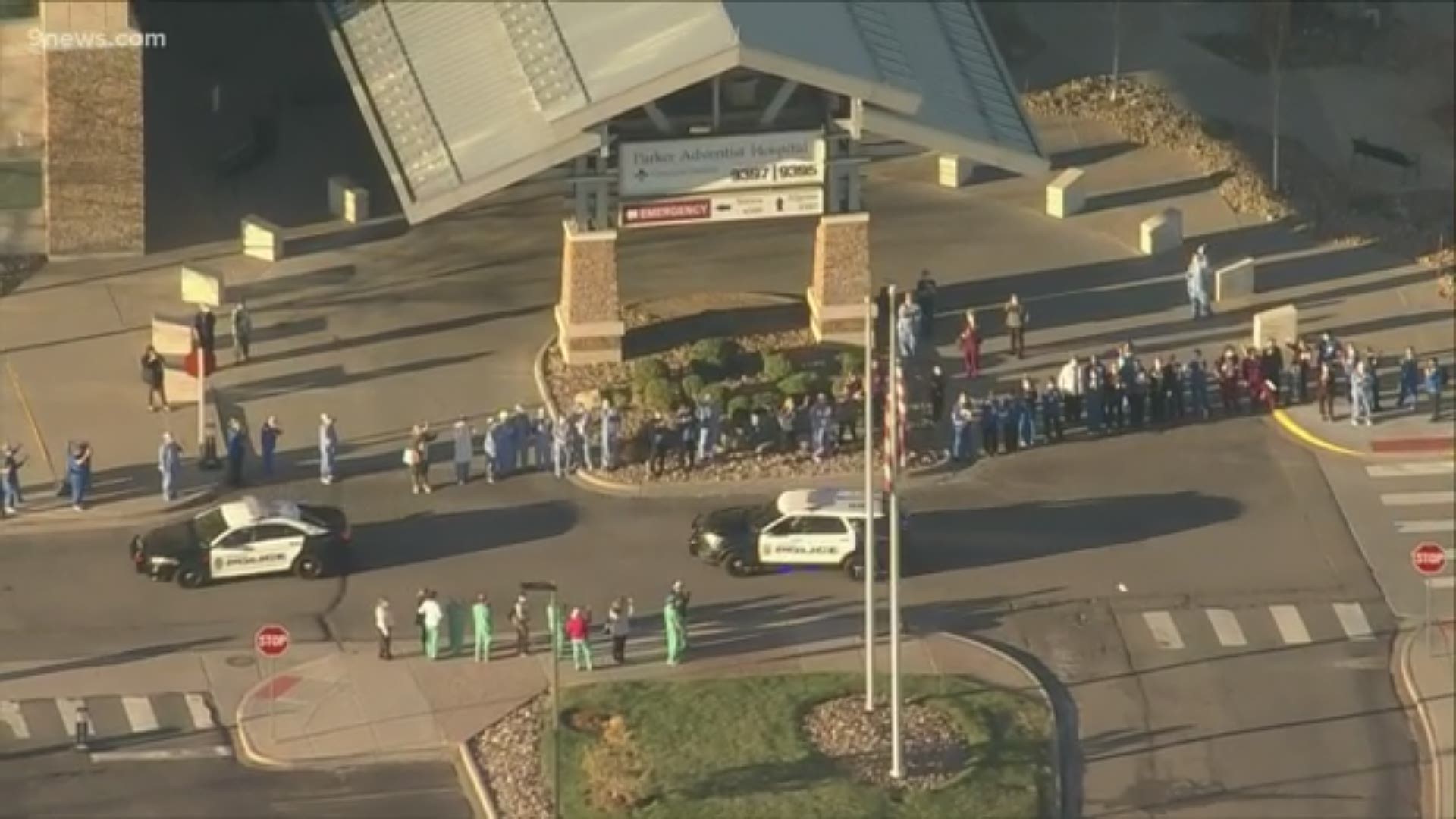 PARKER, Colo. — In a show of support and gratitude, first responders in Douglas County will hold a "parade" Wednesday morning for the frontline health care workers at Parker Adventist Hospital.

More than 20 emergency service vehicles are expected to attend, according to Parker police.

The first responders will run their emergency lights, but not the sirens to disturb patients at Parker Adventist.

According to data posted by the Colorado Department of Public Health and Environment (CDPHE) as of Tuesday afternoon, there are 784 people in hospitals throughout Colorado being treated for COVID-19.

According to the data provided by CDPHE, 72 people had either been discharged from hospitals after recovering from COVID-19 or had been transferred to continue their recovery.

Five hospitals in Colorado reported they are expecting staff shortages to occur within the next week.

RELATED: A new system in Adams County will decontaminate up to 80,000 PPE per day

Twenty hospitals in Colorado reported personal protective equipment shortages within the next week.

In Douglas County, there have been 784 confirmed cases of COVID-19 with 21 people dying from the disease.

Hospital data collected and shared by CDPHE doesn't say how many patients with COVID-19 are being treated at Parker Adventist currently.

RELATED: Some Colorado businesses prepare to reopen for customers starting May 1