Despite stay-at-home order, gatherings lead to complaints for law enforcement

As the weather warms up, more people are gathering outside, and not everyone is following the temporary law. 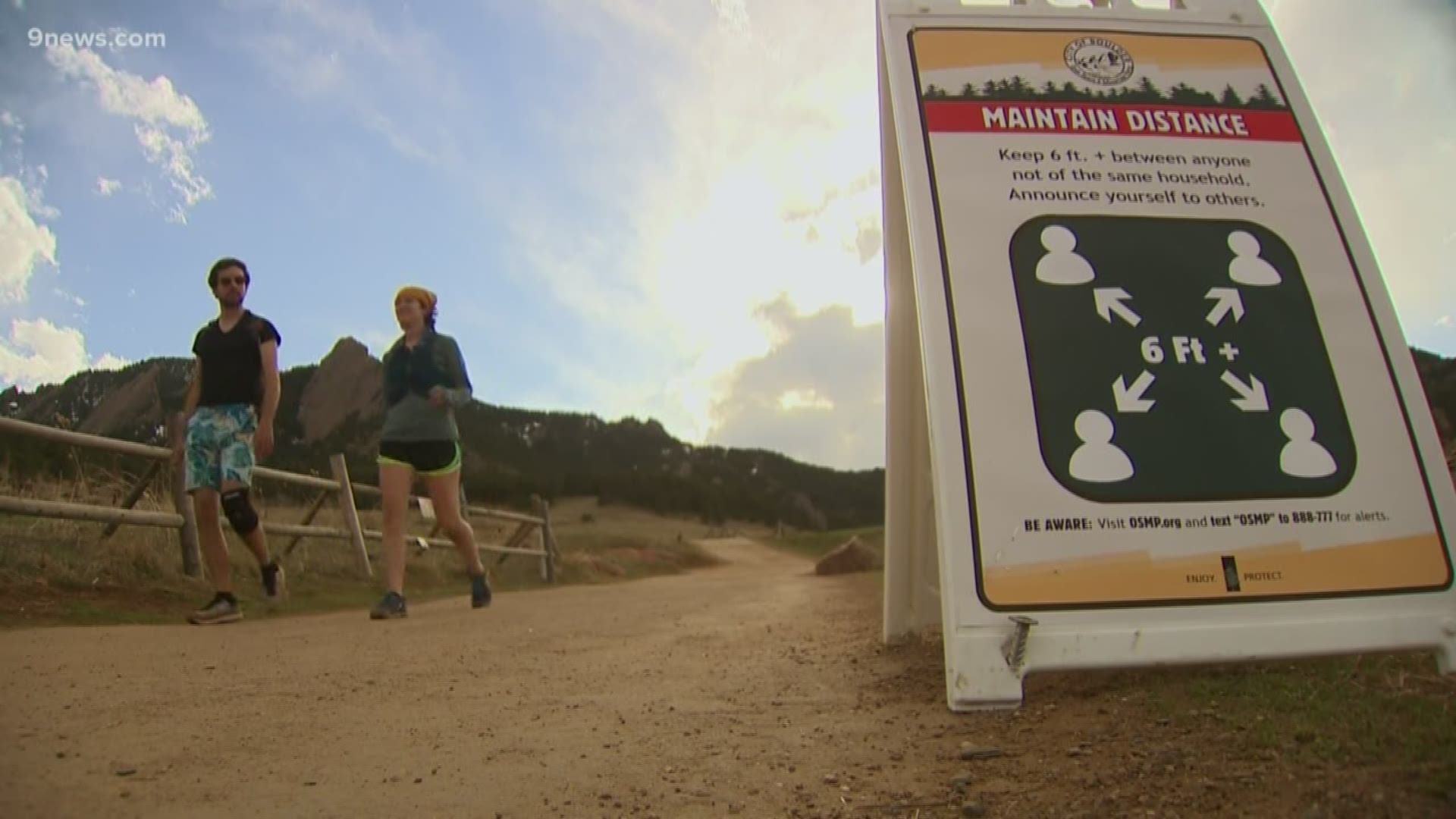 Under Colorado's current stay-at-home order, there is a right way to be outside and a wrong way. And that wrong way is punishable by a large fine and jail time, but law enforcement has yet to escalate violations to that level.

On Sunday, Boulder Police gave a couple verbal warnings to people playing soccer and basketball, but haven't fined anyone for violating the stay-at-home order.

Wagner said his office has received complaints of gatherings through the public health hotline, but deputies haven't seen them.

“As law enforcement has responded, typically we’re unable to find them so either they’re self dispersed or it wasn’t entirely accurate on the first report," Wagner said.

He added they would likely only cite someone for violating the order if they did not comply with a verbal warning.

In Douglas County, the Sheriff's Office posted on Facebook that "sadly deputies spent a lot time responding to calls" this weekend where people were gathering for "team practices" at closed schools and parks.

9NEWS reached out to ask if deputies took enforcement action, and were told they will have answers on Monday.

In Eagle County, people might think they are social distancing by venturing alone in the backcountry, but Rob Foster with the Vail Mountain Rescue Group said he wants people to think of him, too.

“It’s highly unlikely if not completely impossible to effect a rescue without disengaging from social distancing," Foster said.

He explained if someone is injured in the backcountry, it usually takes at least eight people to respond, and their rescue team worries if someone was infected, the entire group would need to quarantine.

RELATED: Gov. Polis asks Coloradans to wear face coverings when out in public

With a rescue team of 80 volunteers, Foster said "it doesn’t take long until the team’s depleted."